TIME: 0831
As per the flight monitor, the flights labelled A and B were supposed to leave first at 0815 HRS. But flight C finished all turnaround services and passenger boarding. Hence, it was allowed to taxi first, even though it was scheduled to leave after A and B.

TIME: 0838
After C leaves the apron, flights B and D start to taxi simultaneously. B is already late by more than 30 minutes. D is on time, scheduled to depart at 0845 HRS. 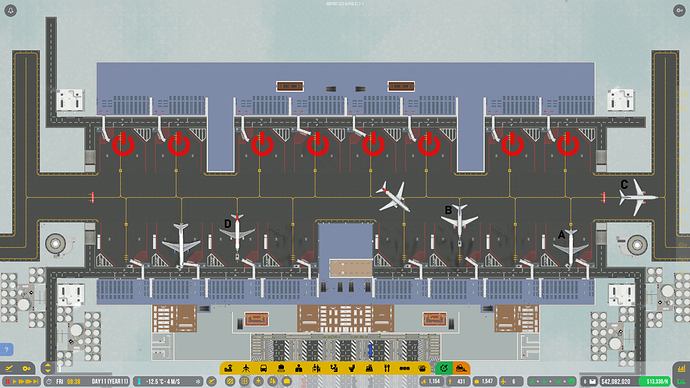 TIME: 0852
Flight A pushback has still not started as it is waiting for D to leave the apron. Incoming flight cannot occupy stand as it is currently occupied by A. 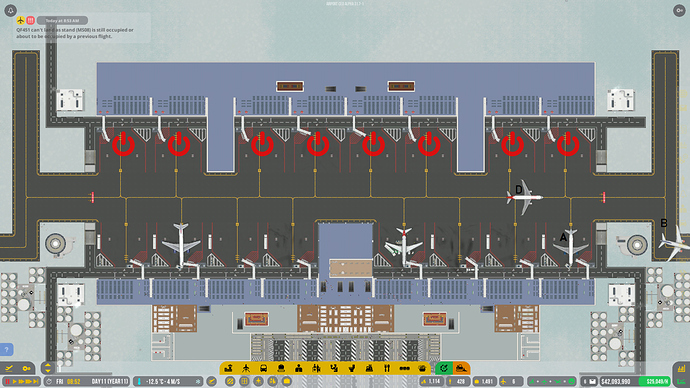 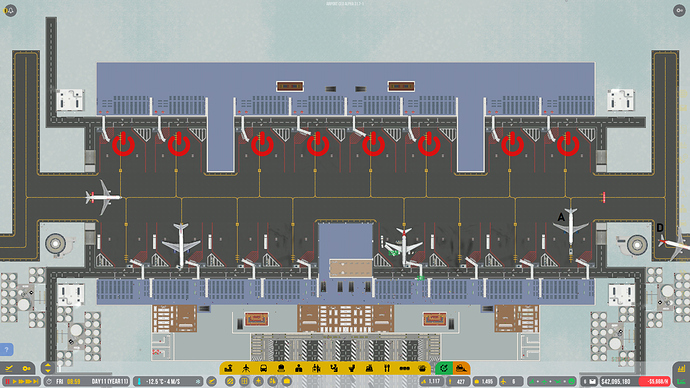 P.S: Delays frequently on the two extreme-right stands and occasionally on the 3rd stand (from the right) as well. Even if flights occupying these stands are scheduled to take-off first, they tend to wait until other aircraft take-off.

This thread got closed, so I couldn’t post it there.

There is another reason for delays. It happens that airplanes have to wait forever for their pushback. The push-back-car is on the stand and waiting. It is waited until all, really all other taxiing planes have pass this stand. The blue plane is the one with the delay. Boarding was completed around 04:10, the push-back car was already there. All red-circled aircraft are being serviced. One did not even land. It is now 04:35 [06_00h14m50s_001_Airport%20CEO] Meanwhile, the blue plane waits a…

So yeah. Basically the same thing.