There is another reason for delays.
It happens that airplanes have to wait forever for their pushback. The push-back-car is on the stand and waiting.
It is waited until all, really all other taxiing planes have pass this stand.

The blue plane is the one with the delay. Boarding was completed around 04:10, the push-back car was already there. All red-circled aircraft are being serviced. One did not even land. It is now 04:35 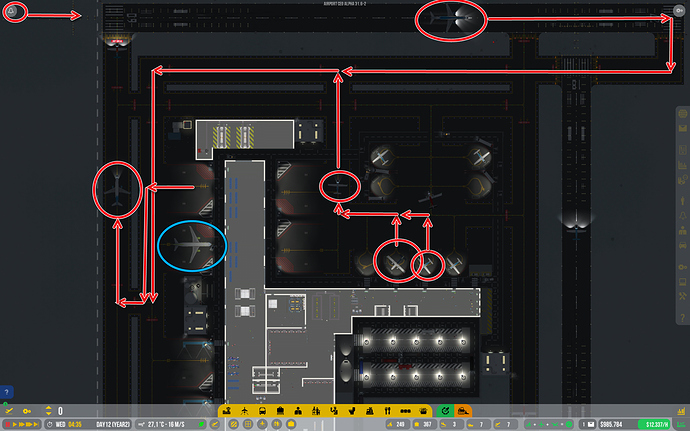 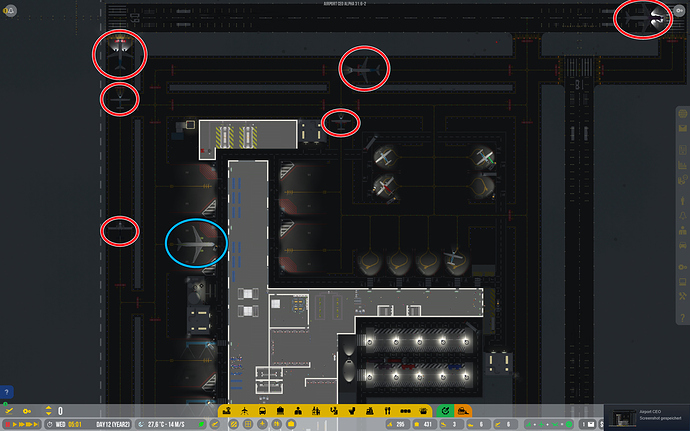 The push-back process begins at 05:27, about 1.5 hours later. This means that the next plane will be delayed and at this point no plane will be punctual on this day.

I think there is still room for improvement in the organization of the roll on the apron.

when using large piers, i prefer taxiing this way. [20190201181524_1] Making them come in the center prevents incoming flights to reserve the taxilanes needed for pushbacks. This reduced my delays by alot.

@dewitjur: Thanks for that! It’s a good solution solving a feature I’d rather call a bug.

Therefore, I agree with @Boeing737 that in the longer term a better solution for the taxiing and pushbacking behavior should be found.