Note that patch notes will be updated continously as we add new bugfixes and content.

No update here for me

WOW now there are way many more flight contracts. I love it

Good list guys. Were you still looking into the lag spikes at 58 after every hour? Olof thought that would be a quick fix. Thanks! 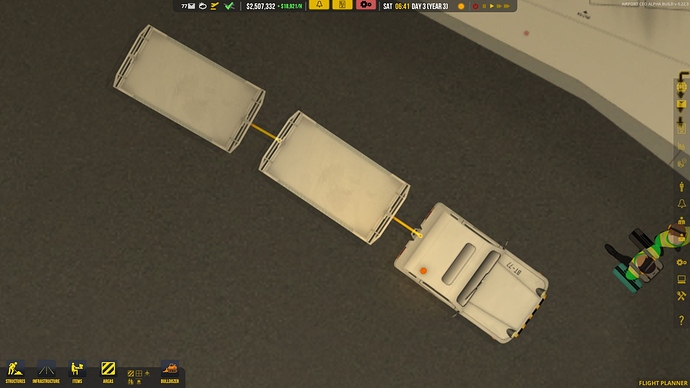 So you guys have already hired a new designer?

Minor issue with macOS, will inform once up.

Edit: macOS should be up now.

More on that on monday! …

@Thorozar, sorry, haven’t had time to check it out.

So what I noticed are: 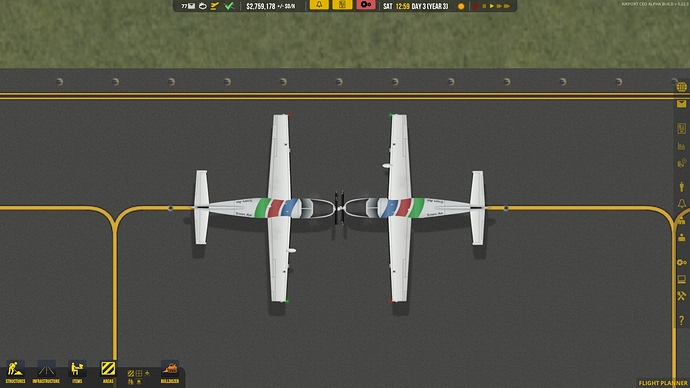 I just got home, and getting more into it. Will Update if I notice something! Good Work Developers!!

I always love your updates! So awesome!

There are also some new Airports or towns, right? I noticed some new destinations and origins of aircrafts near South Africa. Or is it just coincidence?

You are right, we have included medium and small airports for GA. This should prevent the weird routes that were generated when selecting an airport in a remote area.

Great! Makes it even more exciting to watch where the “new” planes come from!

Not sure what you mean by that, but when my fuel truck is feeding fuel to the plane, the truck also gains fuel.

the new artwork is beautiful! I have the same issue as EG0611, where when i deselect the cargo bay the baggage stays marked. I also have the issue for passengers, they stay marked

performance got worse, again, at my airport, too.

furthermore I’m now seeing strange staff behaviour about my security checkpoints. not manned, even if I have way to much security staff…