It’s time for another beta version to hit the default branch, this time it’s beta 7 and it’s jam-packed with bug fixes, balancing and improvements. The beta train is steaming on and this is just like the previous versions another update that simply seeks to expand on the increasing stability of the game. However, there are two small new features that we’ll as per usual go through after this change log. 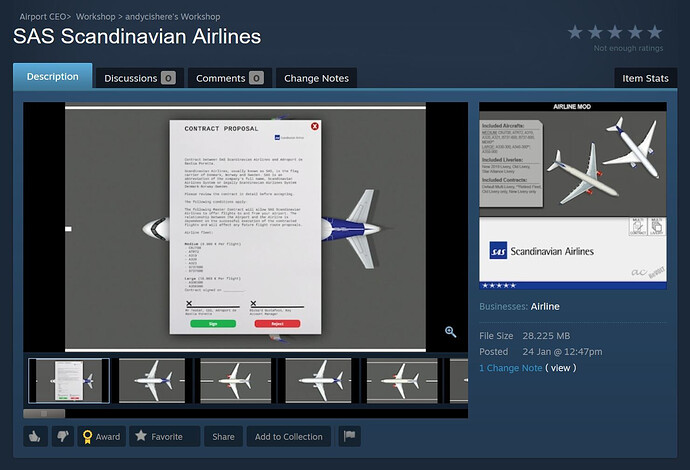 The Apoapsis Studios development team’s shining star Alexander has as per a request from the community in beta 7 implemented support for custom, non-business related placeable logotypes. What does that mean, you ask? Well, it means that Airport CEO will now support placement of any time of image into the foundation objects of the game - including for example tarmac signs. 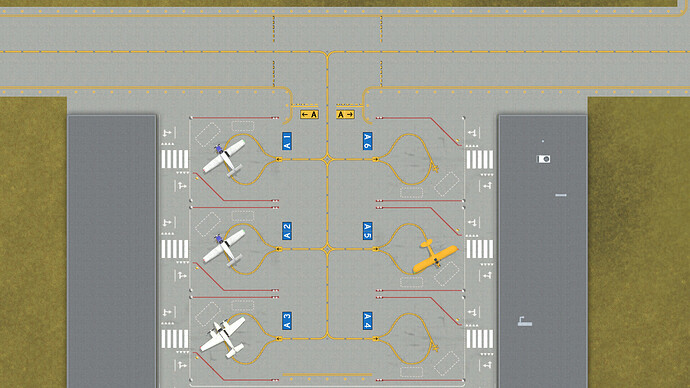 We currently do not have any plans on supporting this on Steam Workshop, however CEOs can themselves experiment with this features as per the instructions in Alexander’s forum post.

And yes… loads of bug fixes and balancing!

New performance improvements, the elimination of a nasty 100% CPU utilization bug on very large airports, objects rendering through floors after extended gameplay, an improved and updated tutorial, catering balancing and much, much more are just a few of the things we’ve fixed in this update.

And more is to come, work on beta 8 begins next week as the beta train continues toward the 1.0 release. Also, stay tuned for tonight’s dev blog containing an update on the development progress as well as a major announcement.

Have a great weekend!

When you get a chance. What is the naming rules for the Aircraft folders for Multiple Liveries?

can it be anything behind the aircraft number? like…

Thanks for any instructions on this :). Have a good day !

Thank you for Multi Livery!!!

Thank you!!!
Also a question, does it has an impact to Beta 6/Default players when mods already get updated?

The update did change some airlines around haha. @dawed @Olof Atm i have Blue1 spawning as OKair and Snowflake is here in form of an Swiss airplane. I also had flight spawn as Edwards Bay a crj-200 yesterday.

Trees keep winter sprite even when ground does not have snow during winter.

/Edit: those outside of the map are green

ACEO-40858
The terminal system appears to be preventing baggage loading. None of the jobs to load baggage are being claimed by the baggage trucks, with 10 assigned to the terminal, and only 3 with jobs (all unloading)

I’m noticing if I am building for “extended” periods of time, mostly on pause, the game will get caught up on something, freeze, and I will have to force close the program.

I’m having this issue too - I’ve never had to force close the program, but it can freeze for up to minute. Usually seems to happen when deleting an item.

Yup. Building/demolishing anything (mostly walls), along with laying/removing zones. These actions freeze up the game for me. I am not in the habit of saving every minute.

MULTIPLE LIVERIES LETS GO BOIS, any of the default airlines use this?

I’ve been having the issue as well. Same with it mostly comes up on pause, often when I’m building/deleting walls. (this was all in Beta 6)

I was about to fire up Beta 7 so I’ll give an update if it still happens.

I reported a similar issue previously in Beta 5 I think it was. Might be intentional set up, but it seems there is still a significant portion of departure customers (arriving from the transit structures, entering terminal), seeking a food/shop franchise.

I’ve got shops in arrivals only segregated areas, yet there is still quite a surge of passengers queueing at the franchises, can see them highlighted green for either the shop or the cafe.

Maybe something in the background a slight tweak? I’ve noticed if no food open, for the first flights of day, there is a quite big crowd at the food vending machine (but not the drinks one). Seems to be a balance/timing issue for the passengers needs? 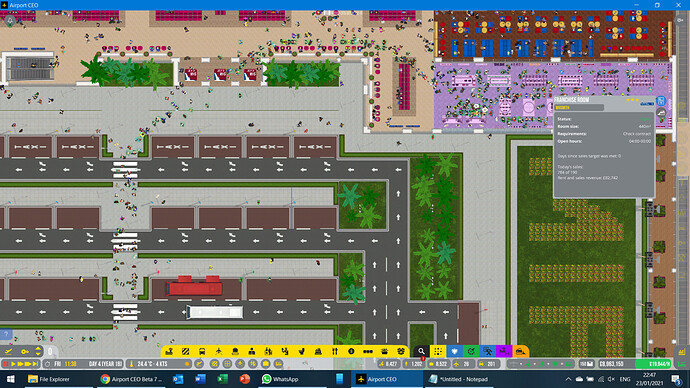 No issues with crashes after a solid 6 hours tonight in Beta 7. I’m thinking this issue might be fixed.

Hi, i did but it is departure customers causing the problem. If I leave the pre-security shop and cafe open, they miss flights by not going to security in time, because they are queued in the franchises.

Screenshot shows better than previously, the issue of the passengers rushing to the franchises instead of check-in and security. 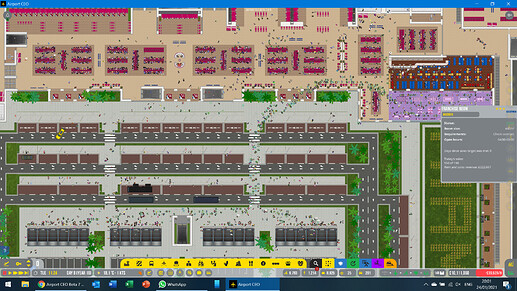 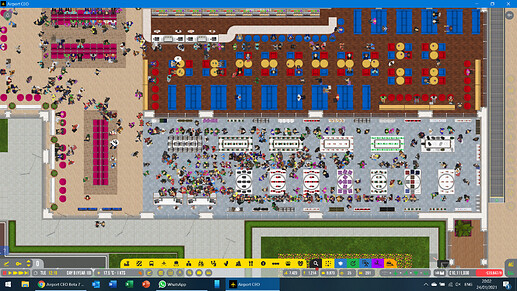 Looks like my problem: Passengers AI go to only one cafe

This is pre-security in the public zones. In secure zone since Beta 7 its actually working really well if given a couple game days running to allow adjustment to any changes

I found that one shop had 2100 sales from just departure customers (arrivals has shops in baggage reclaim areas within secure zone). And that is just 2nd and 3rd wave of customers (1st wave it isnt open soon enough).

The cafe appears to be reasonable balance around half that amount.

EDIT: Make that 2,000 sales for the one pre-security area shop, serving only Departure customers (arrivals has it’s own franchises in segregated secure zone) That’s out of a total daily franchise sales of 13,000 for that day. Something isn’t right.