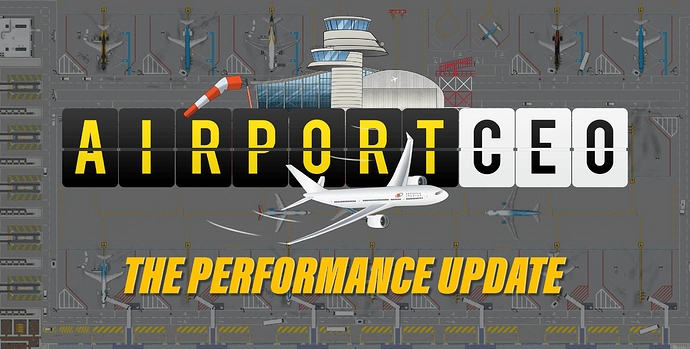 Alpha 29.4 has finally been deployed to the default branch after about two months of development. This update targets performance improvements above all else, and we’ve completely rebuilt the game’s way of rendering and simulating passengers, employees and assets (baggage, tools and goods such as construction material). These agent types and their associated simulation has always been, and still are, a very large part of the game’s main performance challenge but have as a result of our efforts been greatly reduced as player tests on the internal and experimental branch have shown that players have been experiencing noticeable performance improvements with Alpha 29 compared to the previous version, Alpha 28.

As a result of the very large changes in this new version, sections affected by the mentioned agents have consequently undergone noticeable changes. For example, the new rendering solution for person agents required us to develop and implement a new person model which consist of a complete 3D object as opposed to the old model that was made out of a series of different layered sprites. The new model is more in line with the rest of the game’s art style, allows for a larger variety and higher resolution animation scheme and, most importantly, is a lot more performant to render compared to the old model. Some players have been experiencing fuzzy edges around these new models and there is currently a lack in variation of hairstyles, however this will be addressed in a later version post this initial version of Alpha 29 on the default branch.

While this deployment does address a large sets of performance concerns, it does not mean that we now completely will switch away from performance optimization. While the core development now will go into feature additions such as large aircraft and stands, turnaround services such as catering and cleaning (as directed by the community Feature vote) we will continually work on future, minor, performance optimization as we’ve done before. The future of Airport CEO going into 2019 along with a few other sets of exciting news will be detailed in this year’s last development blog, dropping now on Saturday (22nd of December 2018).

We will of course monitor the deployment of Alpha 29 to the default branch and address any critical bugs that get entered into our system using the in-game bug reporting tool. As we roll out updates on the experimental branch these will almost certainly immediately go out on the default branch once we’ve verified that a bug is indeed correctly fixed. Patch notes and a news update will be posted here accordingly.

Thanks for your support,

The full change-log for all Alpha 29 versions can be seen below:

Well done team! Can’t wait to give it a go!

What liveries fly the new plane?

EDIT: We know so far then…

What liveries fly the new plane?

Actually not sure… I think Havana flies it, but @Fredrik knows better.

I’ve seem them as

And on day please

So they dont move when a new security desk opens… ?

I’m having passengers just freeze in the middle of the game, I’ve given a bug repoort about 30 mins ago

I like the new people and the new colours. 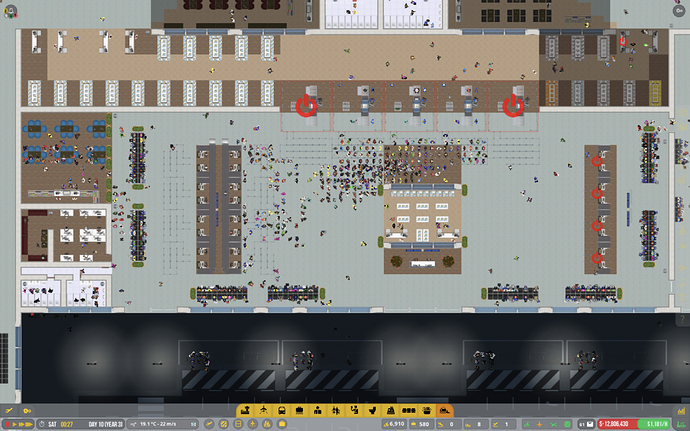 The new characters are incredibly blocky and dont match the design style are they just placeholders?

Why persons models looks weird than before ?

Nope, they’re the real deal, what quality settings are you on? We’re using a different rendering solution which relies on a new passenger/employee model. They will see changes in hair rendering, though, or additional other improvements ahead but all in all they are the new look.

Edit: That said, I agree it takes a little getting used to, but I do think they match the rest of the style (as they too are designed by us and Jettuh) and in the end it gives us a lot better performance, way better animations and also better looking luggage holding.

Perhaps I’m stupid, but I have still the 28.6.-6 version.
Steam has loaded an update, I saw. How can I play the new build?

(sorry, ACEO is my first alpha I play)

Highest quality and they dont look natural sadly and just very blocky and not smoothed out, also no faces?

same thing to me … they have no faces and eyes …

You need to switch to the EXP branch. Right click on Airport CEO in steam, properties and then Betas. You should find it there.