I just started this airport so it’s still very small, so passengers and gate agents get to the gate in time. The aircraft is also ready to accept new passengers with plenty of time to board, but a lot of times the actual boarding process takes forever, for example it took 2 full hours to board 120 passengers. Here is a screenshot of what the boarding looks like at one of those gates. 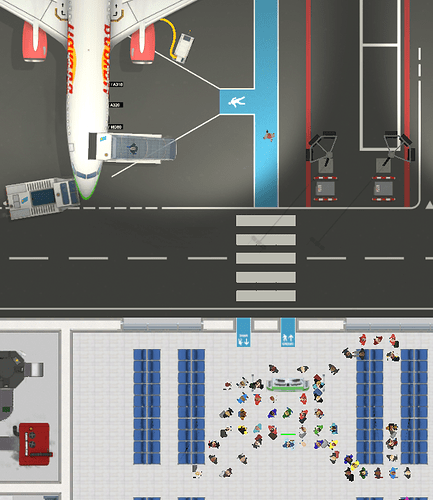 Untitled635×732 426 KB
As you can see the gate agents process the passengers very slowly, there are only two passengers seen walking from the desk to the aircraft at any given time. Any idea what could be causing this?
1 Like
humoresque December 4, 2021, 5:10pm #2

OMG! Thank you so much. I feel like an idiot now. I didn’t even cross my mind to try adding additional desks.

Yes, one Boarding Desk per Medium Stand CAN be not enough. It definitly is enough for a ATR42, but not for a 757-200.

But i think you have the same problem like me. that the passangers go to slow through a boadring desk. it takes them hours sometimes, wich definitely wasnt the case in the past. an it even happens on automatic boarding desk. allready send a bug report.

I’m having the same issues. For some reason boarding is extremely slow now, and this wasn’t the case previously.

Yes, a bit faster throughput for boarding desks (and maybe check in as well) wouldn’t be bad for the game. That is one of the minor and easy improvements which the devs should be able to make.

Can I get a bug report on this save?

Well, no. Because it is not about the amount of boarding desks. even with 5 desks, every single pax in line is waiting until the pax before has entered the plane. only then, this waiting pax is starting to walk to the plane.

thats why it takes too long.

I’m also getting this issue. It seems that the medium boarding desk has slowed down.

A while ago a single medium boarding desk was enough to board any medium aircraft without a delay, now you need at least 2 automated gates per medium stand… Which isn’t great when you haven’t unlocked them yet.

Is it only with jetway stands or also those where passengers have to walk to the plane?

Both. And because i have to write at least 16 charakters, i repeat: both!

Can you drop that save to the workshop? I like to check if it’s hardware related.
On jetway stands I’ve noted that too may due to the short distance between desk and jetway, but never on other types or when the paths were longer.

I am having similar issues. I’ve made several airports in the past but I’ve noticed the significantly slower boarding process in the current version of the game. My passengers will stand on top of each other at the desk and then take a long time going through them (no matter the type of gate or how many I have).

The funny thing is, if I build a new boarding desk, it will be about 4-5 times faster at processing people than the desks that already exist. After a while, or perhaps after I’ve exited the game and come back in later, the desks will become much slower.

I also had the power surge event recently. After the technicians went through and fixed all the desks, they became super fast once again (like when they were first built).

very interesting point.
Can you manually request maintenance for a gate desk? Maybe by right click on it?

If it’s possible to increase the boarding speed by requesting maintenance, then there is a bug in the automated maintenance. @Olof

It looks like boarding desks have a condition which goes down.
I do have now one repaired desk and one which handled about 8 flights. 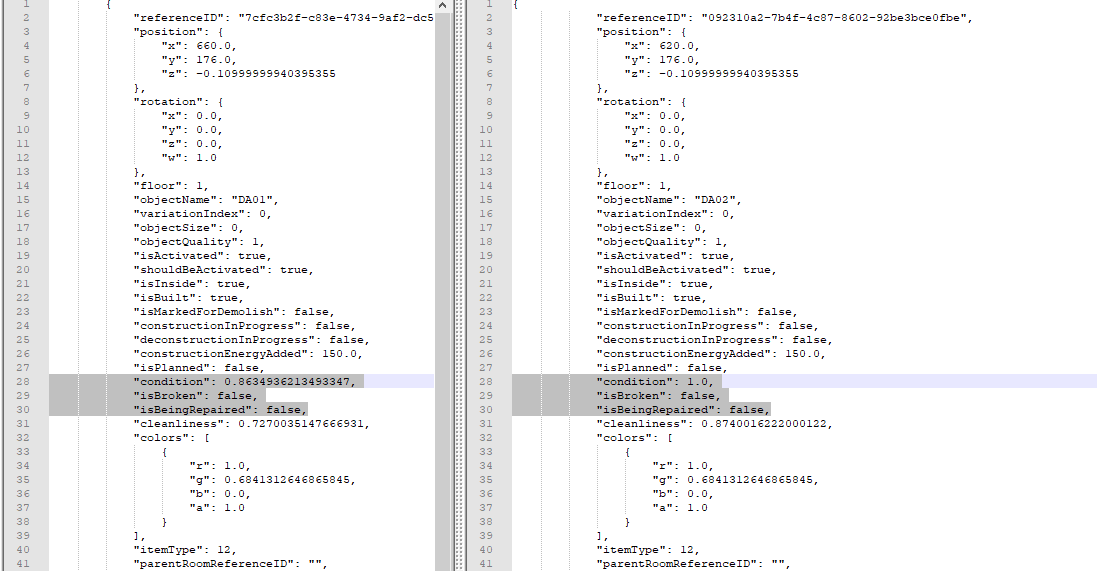 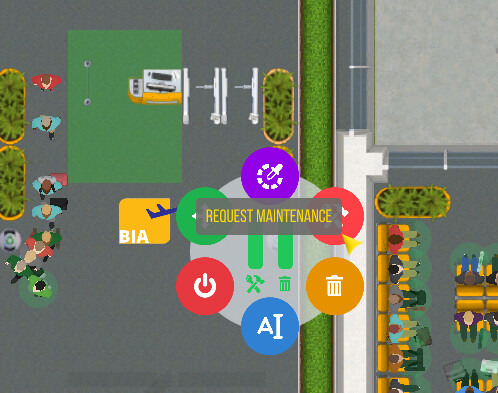 The condition lowers very slow, so at the moment I don’t know if there will be an auto repair.
Fact is, the self boarding desks don’t offer a right click menu and can’t be repaired manually.
And it looks like the speed is getting slower after a while.

Is this why all my flight suddenly are like 1h+ late?

I have noticed boarding taking waaay longer now days. I sent a bug report on it haha

Do you think the speed is different?

Interesting is, at second 30 of the video, some passengers claim about pathfinding problems. The game is absolutely running smoth.

Yeah about the pathfinding problem this is something i’ve seen a long time now. I think I did made one or two posts about it. But it’s nice someone else is seeing it also hehe.

No, I don’t get a analysis. Not what I can tell. Also like mentioned there is no problem with the boarding at all. [Boarding] [B2]

I do get it often on complex routes or when boarding starts before the arrival time. But in the example above non of this was given. It’s a simple regular on time boarding on a smoth lag free airport.