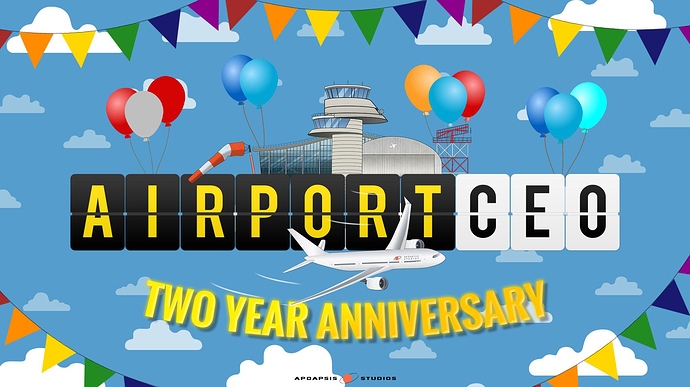 As you might have seen, this is the weekend where we celebrate Airport CEOs second and last Early Access anniversary! We had a little party in our office yesterday (Friday) where we shared a proper ACEO cake together with our closest friends and family…

… and of course we also want to celebrate together with your, our second family! Thank you all for joining in on this journey, from the first versions of what Airport CEO was, to what it is today and what it eventually will become. Everyone part of this community is what is most important to us and we couldn’t have done anything with ACEO without you, ranging from your ideas, to design contests, to bug reports, to translations and to just partaking in this wonderful community.

As you know we are still working on implementing new content for Alpha 33 and we’ll have some text to share with you on Monday but we’ll also be sharing a few screenshot… as a little birthday gift to you all, we’re sharing them with you here and now a day early.

Please not that things in the screens are very much subject to change, for example the baggage loading service will be replaced with ULDs! 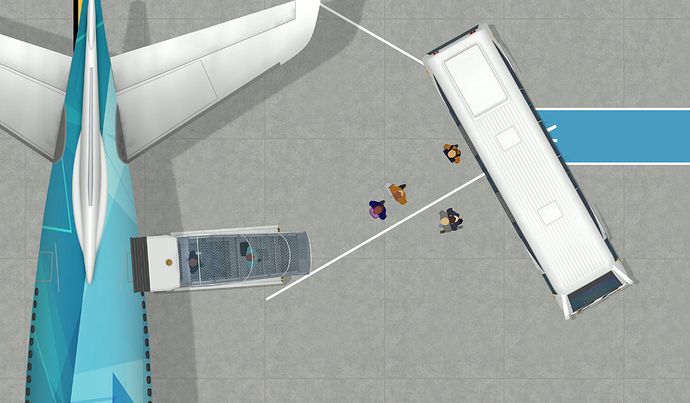 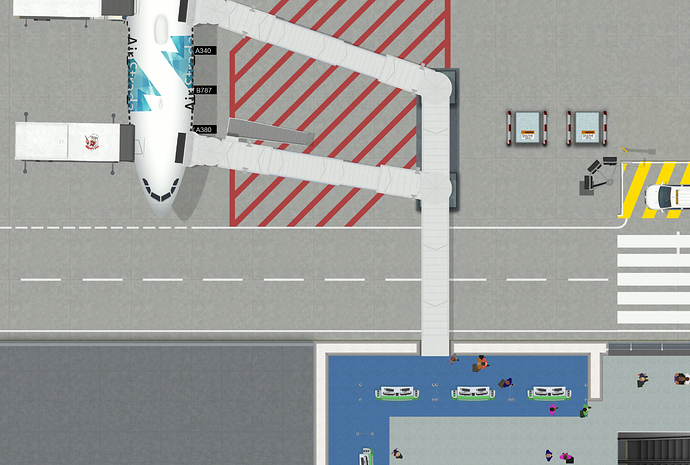 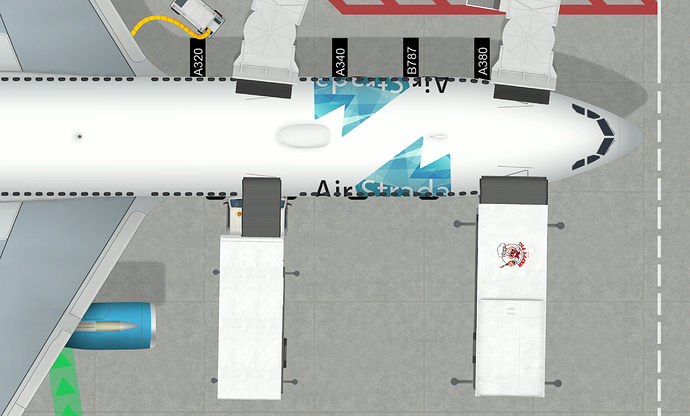 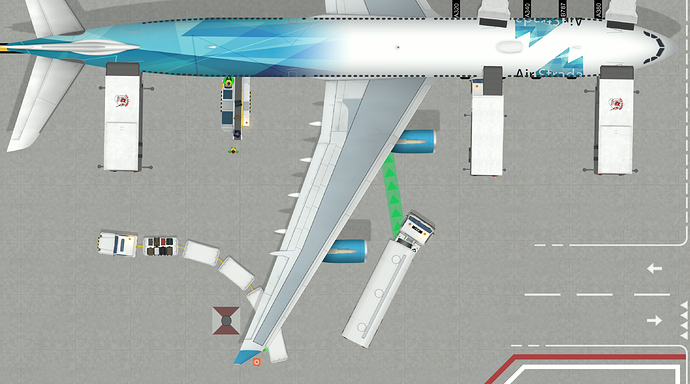 Thank you once again and happy birthday to us all!

Awesome! Happy Anniversary to you! Thanks for the sneak peak! made my day while working on ABQ. Can’t wait for the update!

Here is a little sneak peak of my ABQ to share what fun you guys have created, @Olof, @Alexander, @Fredrik!! ! Its coming along so nicely! Look how far the game has come! To be able to create something like this you could not do long ago. Keep up the amazing work. Now get back to work because I need moving walkways for my long terminals and staff room assigned connections to stands/boarding desks/check in desks etc!!!

Update: The Airport is coming along nicely! Just need moveable walkways for the long terminal walks so the passengers all get to their flights on time and have a little time to sit and relax on the beautiful brown leather armchairs in the holding rooms, visit shops that will soon open and check out the observation deck on the 4th floor to enjoy the ABQ view and check out some cool aircraft! Enjoy! PS… The pictures all line up with one another so when you view them floor by floor you can see h…

@Olof, @Alexander, and @Fredrik. I am so proud. You have worked tremendously hard this year adding larger and lager updates. Thank you for opening up this community for everything you guys do! HAPPY Anniversary ACEO!

Those previews are amazing ! So excited

HAPPY ANNIVERSARY! I remember that evening when the game released… Oh boy what was I happy… Hope for some great achievements in the next year!

I’m fairly certain that aircraft was an A330

Cannot believe it has been 2 years, happy anniversary! And yes, an A340-300, we have yet to see the A330-200 which also won the last competition. 787 has been more or less revealed, but there still seems to be another secret plane on Trello, but sure if it is a variant, or a brand new type…

I’m fairly certain that aircraft was an A330

Wow, I can’t believe I didn’t see the outer engines!

I think it is an A380 because it was parked at the A380 marking on the stand, but it’s funny to see everyone else’s interpretations.

now that I look at it I agree. still wont it then be parked at the A340 marking…