Twice now nobody wanted to go to the toilet, last time it glitched out somehow.

Now its stuck for a while already. 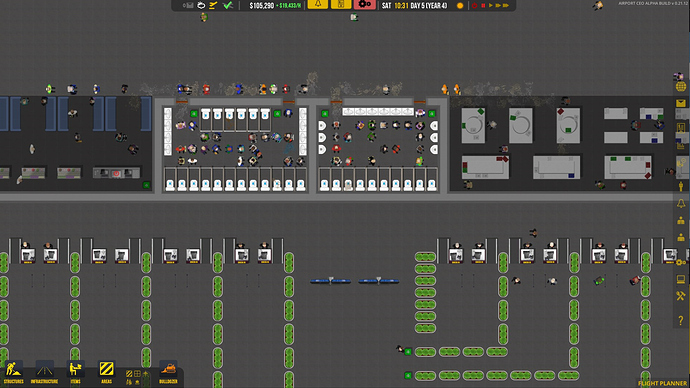 Are they activated? The zone needs to have at least one sink and toilet/urinal before it can be activated (specifying gender is optional).

Once I discovered that little detail, all my pax are pooping like crazy!

They functioned for several days already, they just suddenly stop and a few hours later they start up again. No explanation. Crazy game though, it takes upto 80% of my memory. (3182mb atm)

It is happening again, it happened when I build a new toilet block on another part of the airport. Does the “person node” reset also reset personal? - mmm, now it is going on again on the next morning.

https://puu.sh/y0ysu/55d8d2259a.png < still going on. Most recent build. - edit; bug report submitted - lol, and when I build banks on the airport they all left and it started working again, now just wondering why people dont go to the planes - lol, forgot to hire aiport staff.