This is an example of a very compact, full-security, extensible Cargo Bay system. It has all three levels of security (with Baggage Destroyer). It has a single incoming underground belt line from the Checkin Desks and a single outgoing belt line to the baggage carousels.

To Baggage Carousels (outgoing):
Each Cargo Bay’s receiving (from aircraft) conveyor belt goes to a Baggage Down Escalator, which connects to an underground (Level -1) conveyor (small blue arrows). This conveyor belt then exits the cargo bay area at the red arrow and sends the baggage to the carousels.

To increase number of Cargo Bays, simply add additional ones below these. 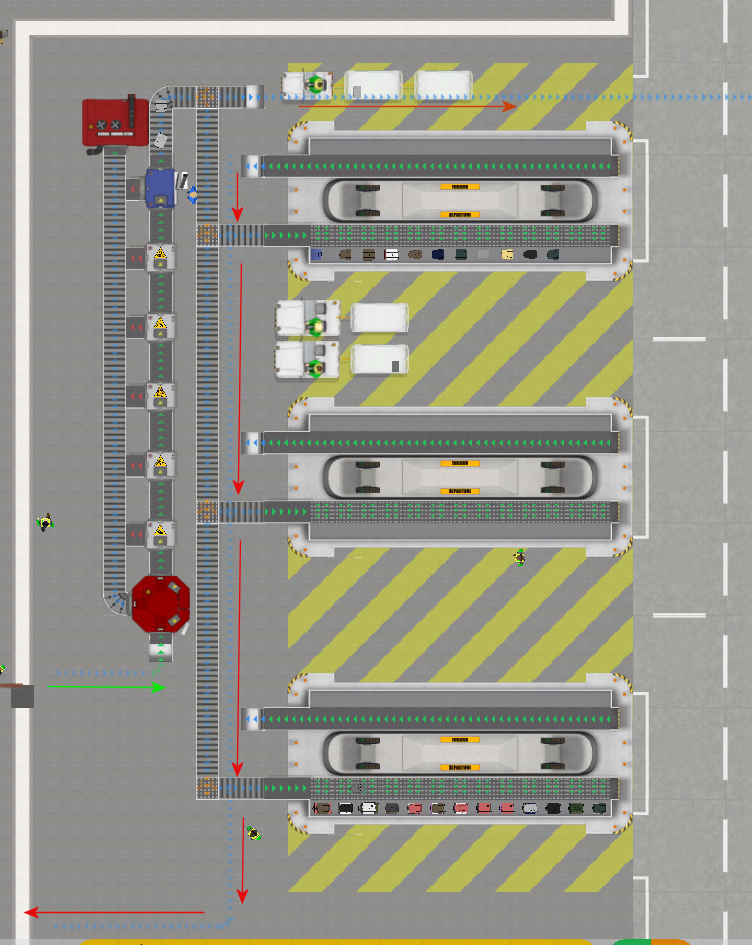 I always thought that you have to build a baggage claim area for each baggage bay with separate belt lines. Does this mean I can connect all my checkin-desks to one belt? 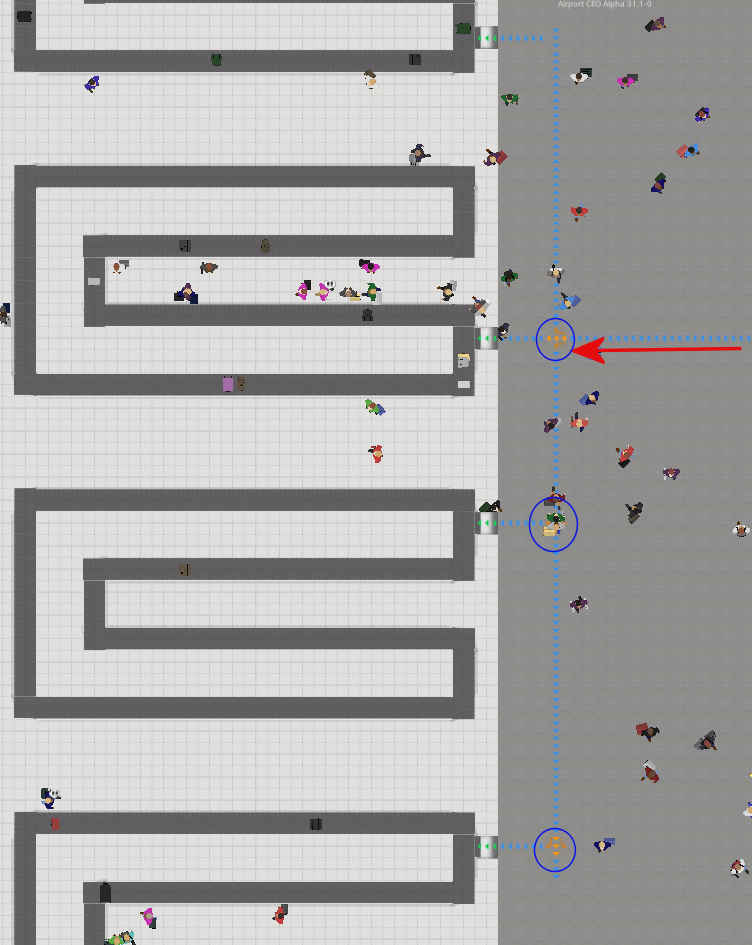 Dallas, everything is fine with your screenshots, but… 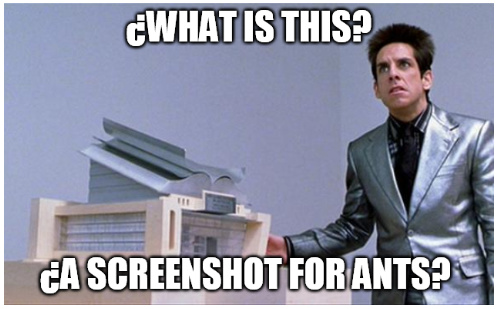 Could you re-upload them but in Full HD? Thank you!

@OctavioA, did you click on each screenshot? They will expand to full size. Regardless, I will reupload.
sidebar: are you a KSP player? I ask because of the “Screenshot for ants?” question.

I had no intention of offending anyone, I just wanted to make a joke with the ant joke. It’s from a movie and I found it funny to paraphrase the subject of screenshots.

Anyway, it really cost me to see clearly all the elements that your captures have, especially the lines of the luggage tapes because the resolution of your screenshots is 394 × 643.

I repeat, I just wanted to make a joke, not offend anyone.

A big hug and we write.

Oh heavens! I knew you were joking and not offending. I found it funny as well.

KSP is Kerbal Space Program. One of the components is a small rocket engine. Part of the description reads “What is this? An engine for an ant?”

I will upload again so it’s more clearly legible.

Now I know what KSP means, I always learn something new!

Thank you very much for your message and I am waiting for new captures with more clear details to inspire me, so I make improvements in my personal project.

Even I checked your tutorial, I still don’t know how to solve this! 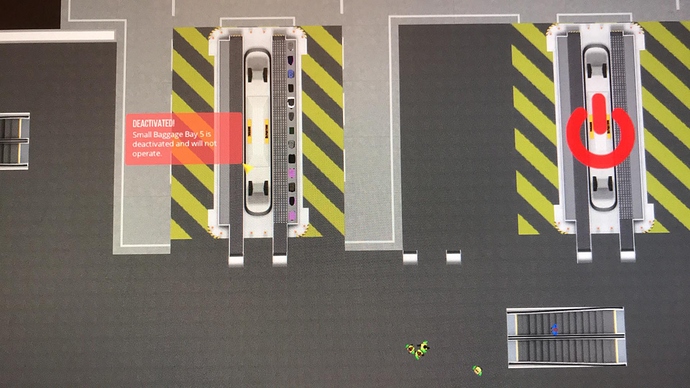 No one’s working at the loading bay, I have tons of ramp agents wonder around the same floor doing nothing, and secure+staff zoning has covered the entire floor. Luggage system has no problem (the bay is loaded). Pullforce car is waiting in the parking lot, operation tab for baggage handling is enabled, and the stand is connected to the loading bay.

All seems fine, but I just can’t figure out what’s holding it to work! Then I’ve noticed it says " Deactivated and will not operate, but it is obviously opened.

Would you able to help? I’ve reported the bug, but it might take days or weeks to get response from the developer. Thanks in advanced

@joe1986930, can you repost image showing the baggage flow? Include the Level -1 underground as well. If you’re willing to provide the Savegame file, via DropBox (or similar file sharing), that would really help.

Thanks for helping! Here’s the save file through WeTransfer
save file

I don’t think the baggage flow has problem tho, but I don’t know what else…

@joe1986930 All the Cargo Bays are activated for me. I don’t get that Deactivated popup you’re seeing. 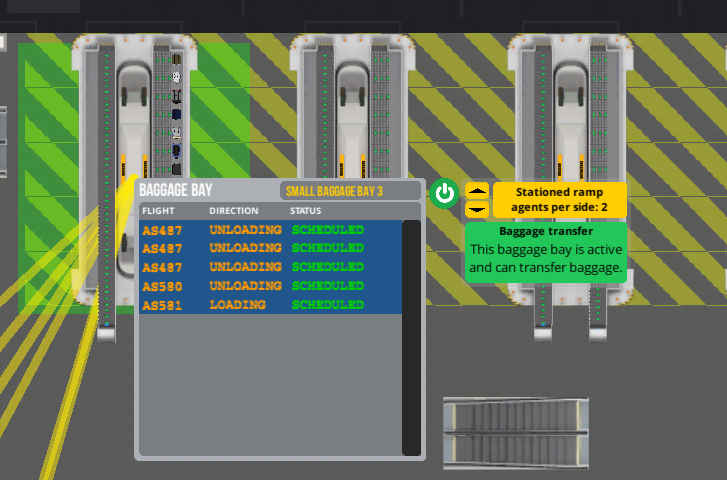 I save and load the same game, the popup has gone, but still no ramp agents working there…
It says the employees can’t find the path to the location… but they are all walking around it, and the entire area is marked as restricted and staff only…
Have you tried to see if it works?

I see the Security staff are at their stations at each level. According to your Procurement Screen, you unlocked all your Scanners before you unlocked Baggage Handling (there’s two hours remaining before unlock). Baggage Handling is Disabled in the Operations Screen. Therefore, Staff will not go to the Cargo Bays until unlocked and enabled.

Sidebar: On Level -2, you have three conveyor belts leading into a Tilt Tray which goes to a Scanner III. That’s not how that works. Only ONE path into a tilt tray; one, two, or three paths out.

Thanks Dallas…
I just tried to reload the game, and everything is working again.
I think there’s definitely some bugs there tho, cause I’ve been running the game for hours, so the baggage handling systems should be unlocked (full speed playing for hours). and that’s why I got the wrong popup earlier as well. Should try save & load in the first place!

Thanks for the help

The point is that a manual scan is supposed to be deeper than the automatic I guess. You could argue that it should be first instead maybe, but then again I don’t think it matter too much.

My newer airports have ONLY the manual scan. No Level I nor Level II scanners.

I’ve done a video tutorial on this set-up, thanks dallas for the idea.

Why is everything in a line? Secondary scanners can sometimes falsely tag luggage as harmful. I know this because my layout is somewhat similar to this.
https://forum.apoglabs.com/uploads/default/original/2X/0/0d0d131cda04668986b1b910213e6f459185142f.jpeg
Except, I don’t build Primary Scanners as they are quite unreliable. So, the bags from check-in directly go through the secondary scanners. The rejects then go through the manned scanner. And, some of these rejects actually pass through the manned scanner.

I remember @dallas explaining this somewhere in the forum.

EDIT: This is the thread: Security Scanners Reliability.

EDIT 2: Okay. I’m wrong about the primary scanners. I thought they could report both false positives and false negatives. My bad.