Modifying the max number of flights per day

I have just reached the maximum 350 flights per day and still have 19 large and 5 medium stands to fill. Does anyone know if there is a way to modify the maximum number of flights that the different structures allow?

Good grief! What are you running the game on - a Cray?

I know! i was surprize myself.
I am playing on a n asus laptop… republic of gamers.

@Gamaverse… that was what i thought of too, I was hoping for a more detailed advice

Do you not get extra capacity from adding radar stations?

How many stands and of what size do you have already running? I expect you can reach that numbers only with a big number of small stands on a default sized map.

The max. Number would be 30 Big stands 45 middle and 8 small stands

I mean, you must have placed your entire map full with stands, leaving almost no space for taxiways and put every passengers facilities underground to get that numbers on an unchanged map size(if it is unchanged) And the aircraft paths from/to the runways must be blocked all the time.

And if you do not play with a very low passenger/flight ratio, a normal computer would die.

Even when we can’t really help to increase the numbers, some screenshots would be very imteresting to see that chaos.

The only idea is to change as many small stands to GA. Those don’t count in the flight limit.

@andyc
take a look at the post BER. A part of the airport is shown there. I will post the rest of the airport soon
a suppose i will have to change all the small stands to GA.

Here is a sample of the airport
The schengen terminal 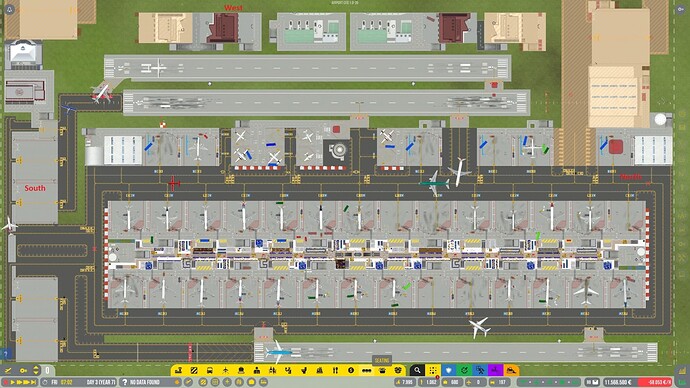 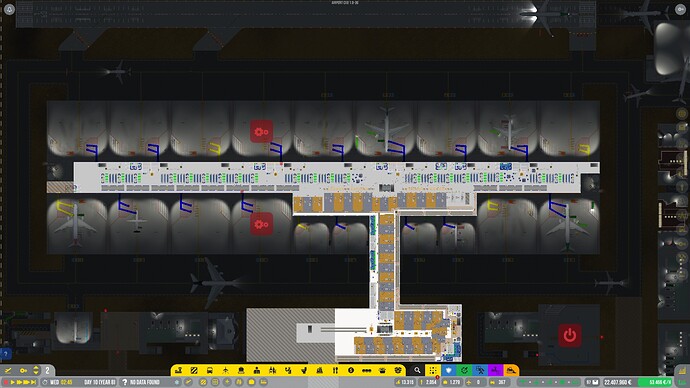 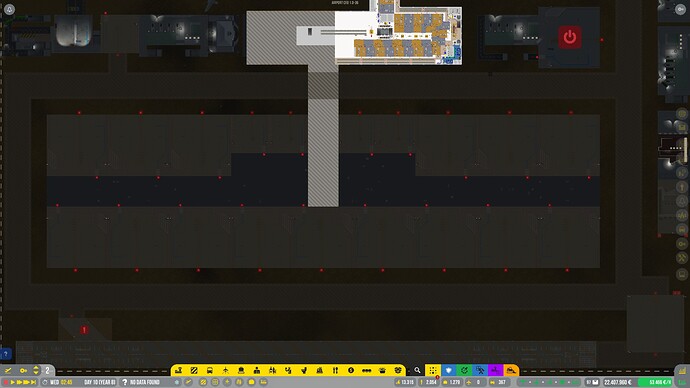 I absolutely love the use of the Airport Signs! I am so happy to see that someone is actually using them.

Wow, seems like someone really got the hang of the mechanics in this game…

OK guys here’s the thing…
I calculated the maximal number of flights i can get per day based on the number of stands i have with a min. time between flights of 45 min per stand. It turns out when i would have built all my stands I could get maximally 256 flights per day.
The reason why the game counted 350 flights per day was that flights landing before midnight and departing after midnight count on both days i.e. twice per day.
Now all I have to do is to manually plan all my flights

wow, the design is great.

I think i can use some of your ideas at my airport.

Separate circuts i was never thinking of, i always use only one taxiway from the arrival runways to the departure runways.
I seen also at some airports that the runway entrance are at the top (not at the side) and was trying but i couldn’t get it work.

I got my airport more than one time at the limit of 350 flights per day, with 30 min between flights per stand. Everytime my Laptop was just before meltdown and could only running in normal speed (or half speed).

If your computer still has enough power, a video of a game day would be cool.