I think it would be handy to have mirrors of objects. Mainly I was thinking of the medium gates. 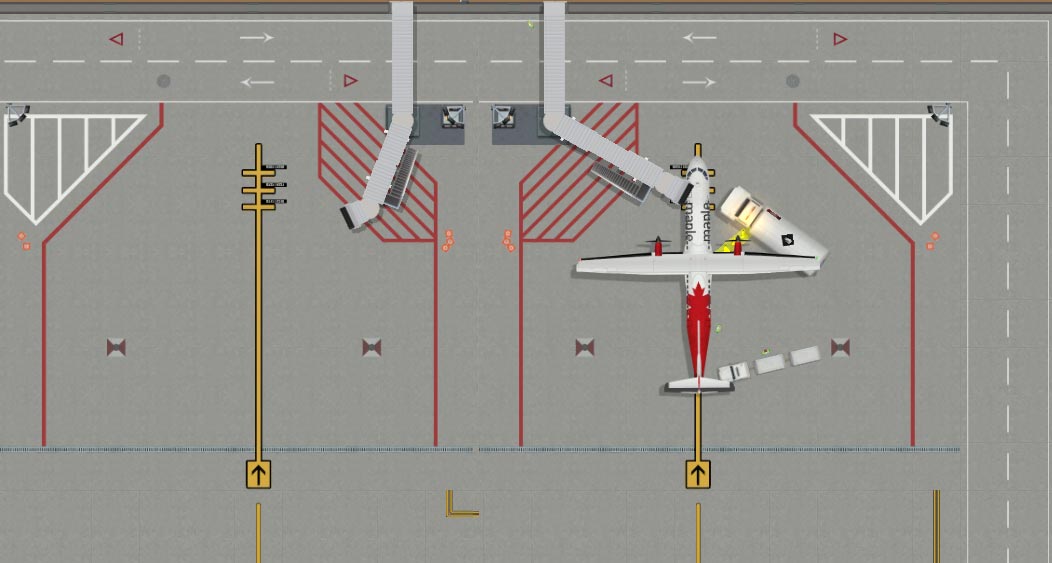 Other items that would benefit from this would be baggage bays, shop cash registers and baggage scanning equipment.

Yeah! I’ve asked for this myself some time ago. Flipping to other side! For bridges, bays, etc… It would make planning so much easier.

(This is sooo welcome)

For some objects it certainly makes sense but for stands it would not be realistic. I have never seen an aircraft being served “reverse”. Correct me if I’m wrong but I don’t think they are designed that way.

In the screenshot it looks bad. I wouldn’t use such a feature in such a way.

I would use it, for stands placed on either side of a small corridor built in between, which would be a perfect fit.
So those placed on the bottom the bridge would be to the left of the stand, whereas those on top to the right.

I did this really quickly.

If you make the jet bridge an upgrade sold separately, you could let the player decide on what side it would come

To be honest, i only ever see the jet bridge connect from 1 side.
But i would still like to see it sold separately, if only to allow multiple jet bridges on 1 stand

I have also only seen the boarding jetty connecting from the left of the aircraft as @Fredrik has mentioned , as the service vehicles are normally on the right for reasons such as aircraft luggage/cargo unloading/loading doors. Catering trucks access etc.

I don’t really mind the stands. Other objects such as baggage bays really need a mirrored version.

How do you mean?

You can rotate the items selected by pressing the R button to change direction?

They need to be able to be flipped as well. Try getting a bag scanner going a specific direction, you are unable to. Mirroring would allow the belts to go any way you wanted.

You are correct. I never realized this but you always enter the plane on a specific side.

So, in general, a “flip over” button would do the trick to mirror an item

I think that the baggage bay needs a bigger overhaul, like making loading and unloading separately from each other so you could build something like this. 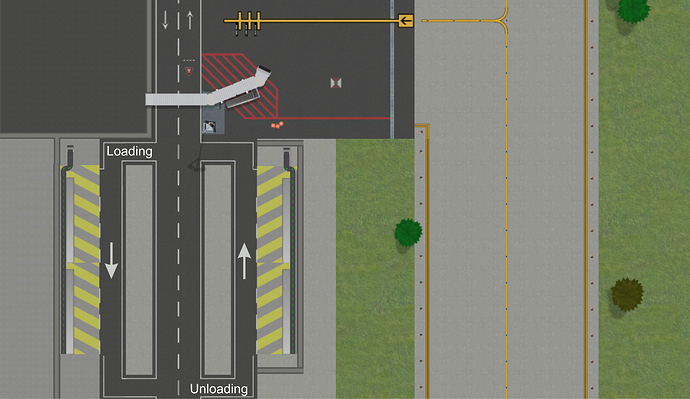 Or in the far future, build them beyond each other and use the multiple floors to build an stand on the other side. So unloading is directly underneath the departure hall(think away the jetbridges because this is supposed to be first floor(I only have 10mins time, this is the best I could do) 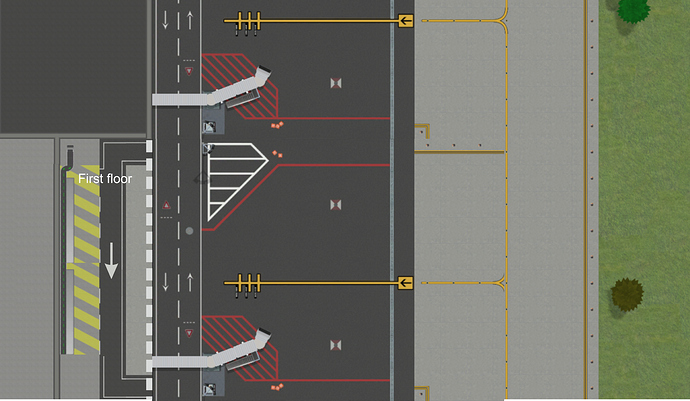 When going this road, I would like to have one object, that I can set to “loading” or “unloading”, then you could build separate facilities within your terminal.

Yeah, that’s what I meant.

We’ve definitely discussed baggage loading and unloading to be separated.
For now we will just upgrade existing objects ingame, once that has been implemented we can look into adding new things

So 2 years later, you’re still aiming to separate them?