Description:
It would be great if we had the possibility to build tilt trays that have a faster output rate. Maybe even have the option to upgrade the normal tilit trays. Same goes for scanning stations although that isn’t really necessary because with fast tilt trays you could build 2 seperate lines of scanners. An other solution to keep the realism (because IRL tilt trays have to scan barcodes) would be to have a device that just sends one bag to the left and the next bag to the right, and so on, without actually sorting the bags.

Why it should be implemented:
Currently we have the fast transport belts, when you place a tilt tray or a scanning station at the end of the belts the baggage flow can seriously clog up because the tilt trays can’t keep up with the speed of the incomming baggage.

Images, references or additional content:
a topic on the forum about this matter:

Can we please have the option of a high speed tilt tray, that moves bags as fast as the high speed belts (or at least faster than the current one. My tilt trays are just one big source of congestion

Not the best example but you can see a bit of backlog before the scanner (same problem with tilt trays), on bigger airports the backlog increases. 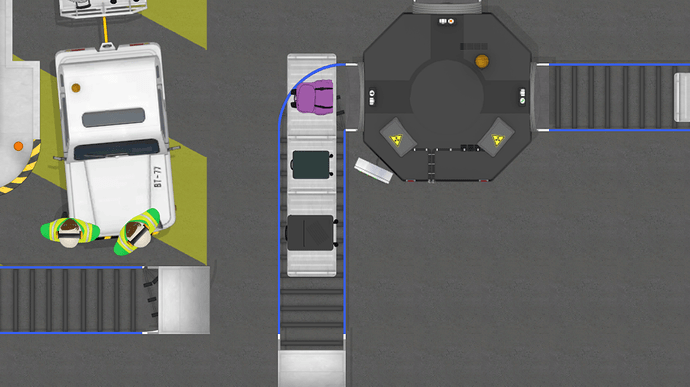 EDIT: Thanks to @jasperwillem, here’s a better example. You can see multiple backlogs: 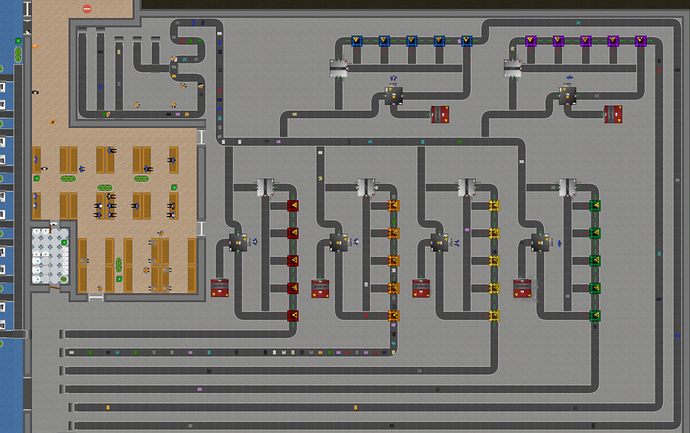