Does it work to have multiple boarding desks per stand?

Does it work to have multiple boarding desks at a stand? I have built 2 desks with a stand and they are both connected, both show the same flight number. But as it seems no passenger is using the 2nd desk, they only use the one closest to the bench they sit on. Is that the reason? Have tried different setups also with desks on both side of the gate, benches in different places. Or is this part of the upcoming new path way system?

It should work, yes, I guess it’s broken then?

Edit: Looking through the Jira I can’t see any reports on it. Will have to check it out but it won’t make the next update.

Thanks for your reply! It’s not critical, but especially for the medium, and later the larger, stands the boarding should be quicker. The connection system works, the staffs the desks, only the passengers do not seem to be triggered to use it. Maybe the new path finding system will already solve this, I will test this part as well when the new path system is out.

yes it does work

yes, passengers use both boarding desks, you must place them next to each or need the stand you want it to be at

Hmm, all right, well I’ll still check out any save that comes in with this issue.

As said above, all desks were staffed but pax were only using one desk, they were even using only one side of the desk. But I will try it again and let you know.

Boarding desks have a capacity of 2 staff. But It only allows one side of the desk for the passengers. It seems that both staff come to gate but the passengers always use only one side. I ve tried almost everything but no change. Could you solve it. 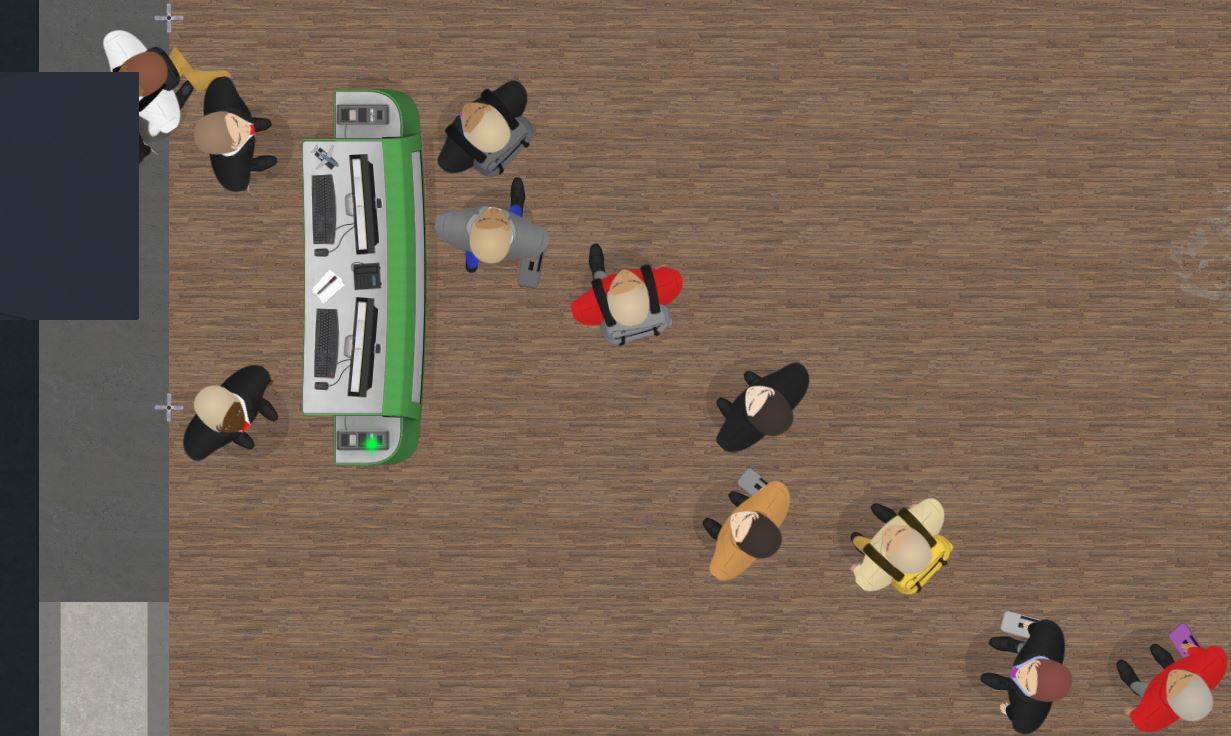 This shouldn’t happen, like all other bugs, but strangely I cannot replicate it on my build. However there’s a bigger issue in general with queuing which is how they select a desk (or rather more how they don’t discover that a new desk has been opened) which we will fix post this holiday break when digging into bugs again.

4 Likes
One Side of the Boarding Gate Doesn't Work