Development from 0 to Major Airport

was impressed by some of the airport designs that some players share here. So I decided to start a new airport (no sandbox mode) and do some screenshots during the various stages.

Below two first impressions. An initial outlay and the first major expansion. 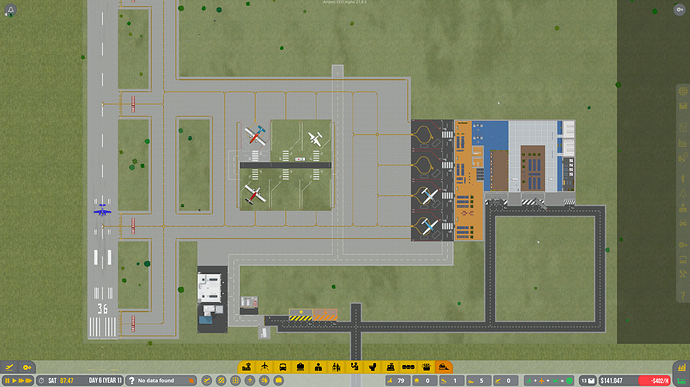 The terminal is built to the right, but in the end it should be in the center. I like symmetrical structures, therefore I try to create a symmetrical terminal building as well (in the end). 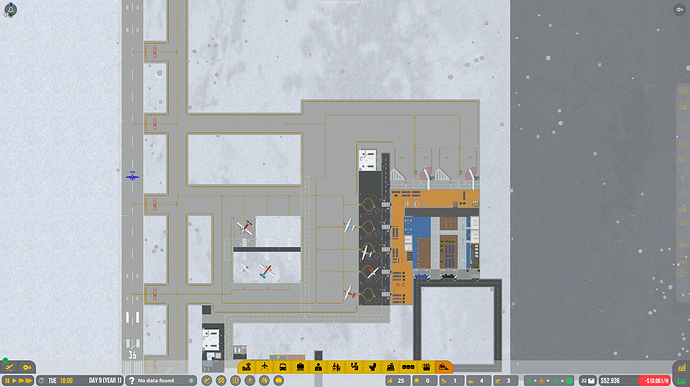 Now with two medium-sized stands. What I really like about ACEO is ones ability to define the centerlines. I want to have most of the Tarmac covered by taxiway foundation and play a bit with the centerlines.

Had some more time today and expanded the airport a bit.

First of all I started the first part of my terminal satellite. 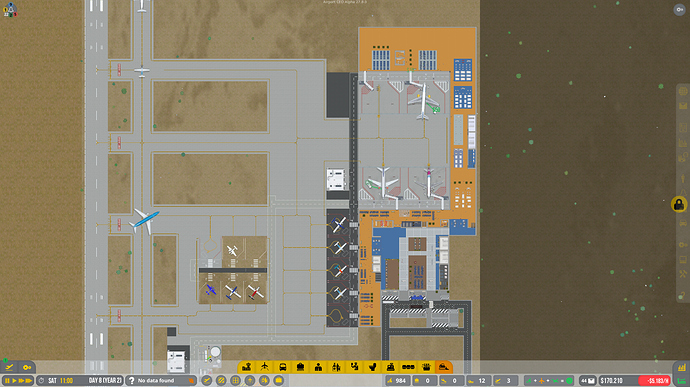 Now… There are enough Medium Stands for the initial phase and to make enough money. Adding some shops and you have a rather nicely functioning airport. What bothers me, however, is the long queue of aircraft at the runway. I do not want to stop GA aircraft, so I added a second runway for small commercial aircraft and GA. 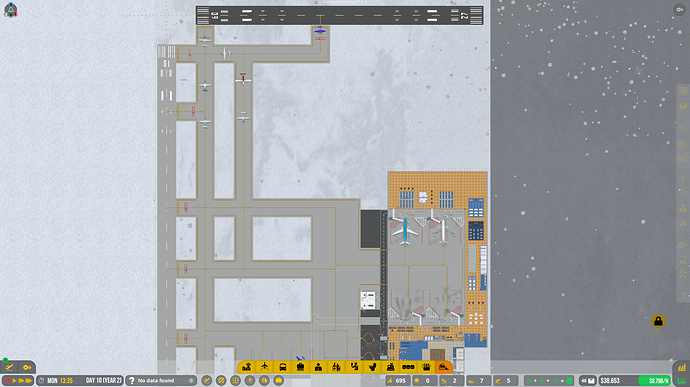 Next steps would be a baggage conveyor system. Never built one before, so will have to check if my terminal and check-in structure are ok.

For a baggage system, you cannot cross streams (sorry baggage lines). It requires quite a bit of space for both the baggage handling bay and the luggage collection hall. Good luck.

I love the 757 and Icelandair has one of the best liveries for this machine. So I plan as many Icelandair flights as possible.

Thanks a lot for making it!

Was it the ACEOMM version? I also did the Aurora version too.

Finally got around to making Hekla Aurora from Icelandair. [12]

It would be a 50/50% chance of being normal or Aurora, game would randomly choose which livery except I never got around to releasing that version though I’m afraid.

Good to see her flying into other players builds though.

Next steps. First of all I had to learn the very complex baggage system construction. But finally I got a hang of it.

Below are the next developments of my airport. 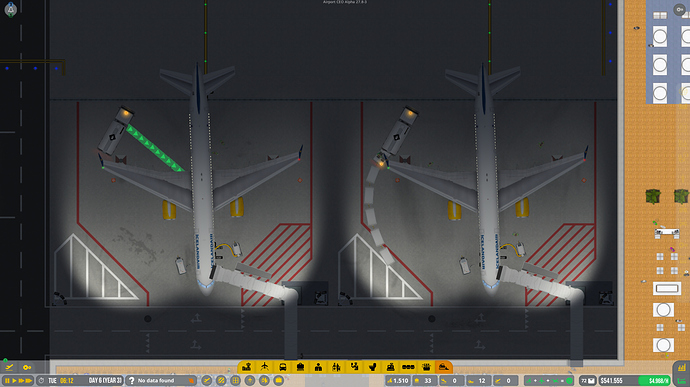 Before we start, first another picture for @Rubble. 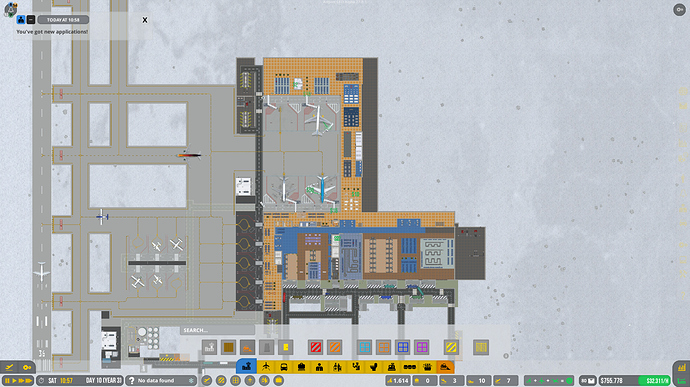 I first extended my “base terminal” with another large check-in area and a dedicated baggage pick-up room. Now I have a regional terminal (left side) with only Small Stands attached to it and also only for check-in for the regional aircraft. The old terminal got a bit crowded.

The new construction offers many check-in counters for my medium-sized aircraft stands. 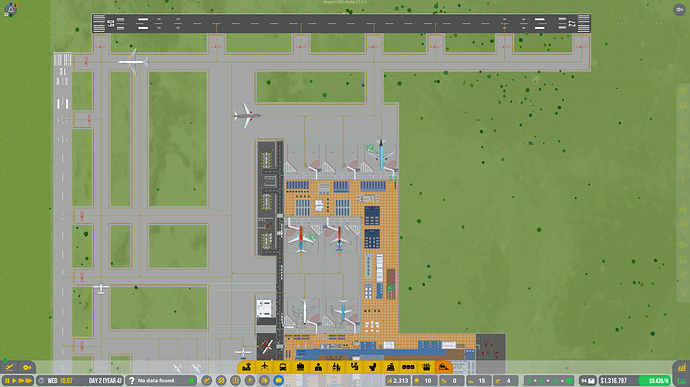 And here we go. After extending my second runway to more than 1000m, I changed the runway set-up again. Now my N/S runway is exclusively for landings and my E/W runway exclusively for take-offs. I also added another North Tarmac with an additional three medium-sized stands.

Again, let me know what you think. Any suggestions?

Again, let me know what you think. Any suggestions?

Read your notifications? my OCD cant handle this ;).

And some further development.

I redesigned the baggage system to be more efficient and not in the middle of the tarmac. 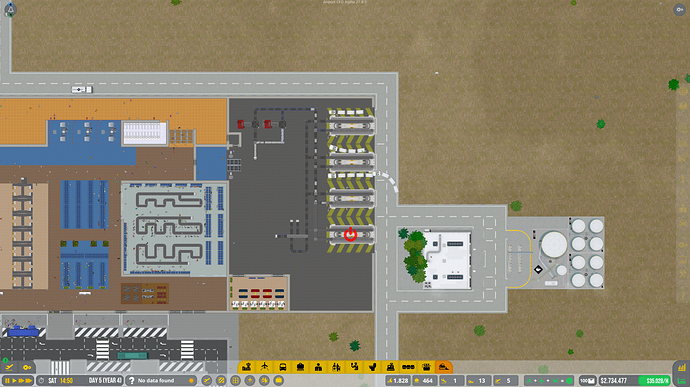 And already prepared the next expansion phase. 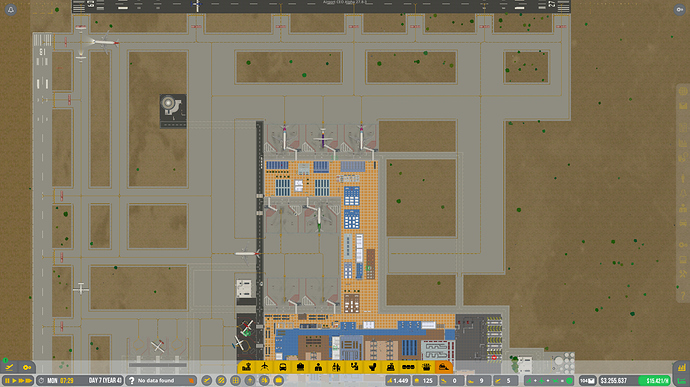