Good evening airport CEO! Here’s this past two weeks update… it’s not much, but it’s at least a small screenshot… 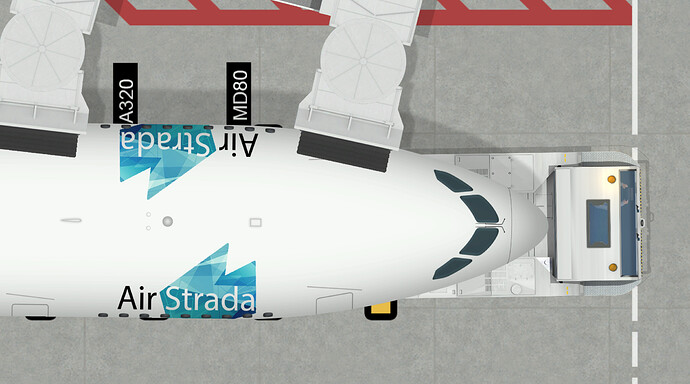 Good evening airport CEO! Good to have you with us yet again for another development blog update. Two weeks ago we wrote quite an extensive dev blog, some would...

@Olof Does this new update with the baggage transferring with the larger aircraft open up for Cargo operations in the game?

We’ve therefor decided to expand the large aircraft update with an ULD module for combined baggage loading. This will push back the deployment date for Alpha 33 a bit

That’s sad to hear but I am sure this extra time of development will have benefits for itself.

Will the ULD feature also be available in the MID-CLASS as well? For e.g. A320?

A new devblog in the morning is always nice.

Great dev blog! Looking forward to start testing the big birds and all the services! And good to read that the community is still very active and pro active on the translation.

Yea a minibus for those small and medium sized airplanes sounds great to me.

A little disappointed with the VERY LITTLE screenshot lol. I was hoping to see some new infrastructure already and get a sense on how it’s gonna be. Should I beg for more pics?

I think the 787. That plane won the vote many months ago.

Definitely a 787, that nose can’t be anything else tbh. So exciting seeing two jetbridges connected to it!

Alright, I’ll post idea from other topic since it was off-topic I’ll post here:
I also think, that, It would be awesome if airline gave requierment like business separated desks (check-in, boarding desk, lounges and all other stuff for business travelers), more premium airline more requirements for lounge and airport itself.

I think lounges should be a thing in game sooner or later and if added we should be able to make it a separate room that we can actually build them (“Lounge room” and near it “Kitchen”) inside with items like “Buffet” etc, making kitchens, and hiring Lounge Agent( or use same airport staff agent) and also ability to hire chefs, building kitchens, with ovens, tables, fridges.

Love the blog update do we have a rough timescale of when 33 will be released or is it a closely guarded secret.

I think it is less a secret and more dependent on how long they take to program everything and ensuring everything works to a certain quality level.

It depends, it’s difficult to say, we’re running a lot of dev-only internal tests right now, but as you can see on the Trello board we have a few more features we want to get into the pipeline of Alpha 33 to ensure that it’s fleshed out. But things are working really well right now, so hopefully the internal testing once its started will not be very lengthy. But exact dates? Sorry, not yet…

So this feature won’t be included in close future. That’s sad to see