First of all: Great game! I have to give you that. I was glad when Sim Airport got released, but already after a week or two I quitted the game, 'cause it’s just too basic. Airport CEO on the other hand, is a MUCH more advanced and detailed game, which I can imagine I will spend a lot of time in-game. Great job! Keep it up!

So… My suggestion… I have been playing it since yesterday, and I’ve got two things that annoys me… Restricted Flight Time (which I have made a separate thread about) and Incorrect Jetway Position. As seen on the image below, the jetway aren’t fully connecting to the aircrafts which really annoys me and activates my OCD

I would like to see this getting optimized a bit. 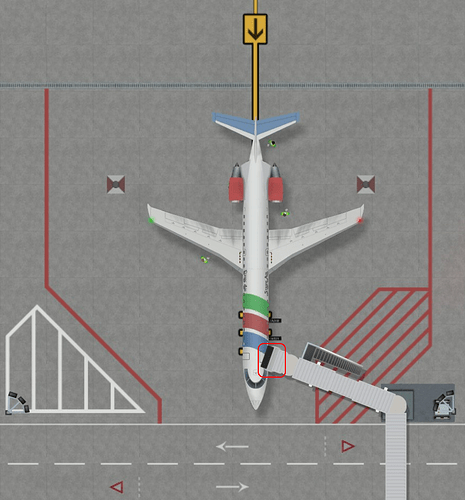 Yeah, this has been a known issue for a while… I think it may have been mentioned in one of the devlog discussions. As you can imagine, with it being entirely cosmetic, it’s not really a priority right now.