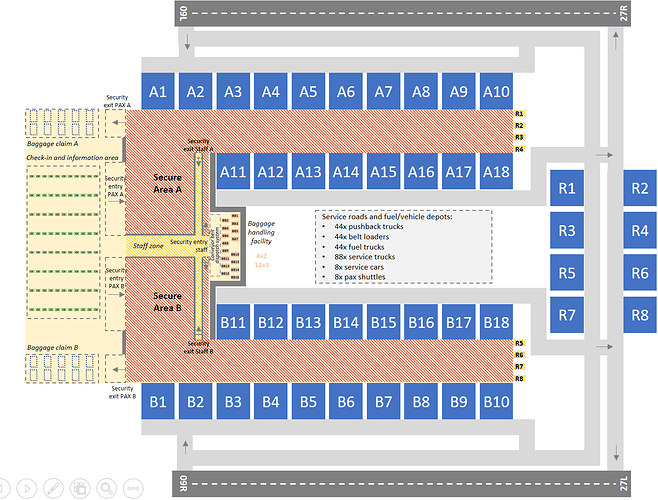 What do you think?

I’ve seen other airports and I come up with 2 questions:

I have similar traffic on A/B11-18 stands and it is working fine most of the time, remote stands pushback in separate taxiways that connect to main path only later

I know I should wait but I CAN’T

what about overize of baggage system?

I agree with @EG0611, you will want to add another taxi path in the inside there to free up congestion and on the ends where the remotes are. Multifloor will definitely help with the baggage services for this design, so look forward to that soon.

One thing you could try as a sort of middle ground between your design and having a parallel taxiway is to make a sort of traffic circle so that planes enter a one-way loop for all of your A/B11-18 stands. As it stands now, a plane going to A13 has to wait for A15 to leave. That is very slow since the entering plane has to wait out by the remote stands to enter the stand-access taxiway. By making it a loop, sure, all planes have to go through the hole space, but since they are going in the same direction, they are only delayed momentarily as another plane turns in or backs out.

To do this, I’d add a connection between A12-B12 (or further out depending on your actual baggage handling facility size) and A18-B18 and set up the proper one-way points. A11 and B11 would be on their own little stubs off the main loop.

Another thing I might consider is moving the baggage handling facility to mid-field, between A14 and A15. That would cut your longest baggage truck trip in half. I think that would pay off compared to the additional conveyor belt distance. The only possible problem there is getting your workers to the middle of the taxiway island if you were to do the loop plan I suggested; I’m not certain if there is a way to get a crosswalk or service car stop to service that.

Finally, less of an idea, but more of a question is why have separate A & B secure areas? By doing this, does this prevent the problem of a passenger going to a restaurant somewhere in A when their flight is in B? If so, I’m going to stop making giant single secure area airports.

@jman yes you can have 2 separate secure zones, have a look here

There is no current way to force passengers through a specific set of security check points, when all security check points lead to the same secure area. To achieve what you want, you do need to create separate secure zones. I know it seems frustrating/difficult at first when you have your ideal layout in mind, but once you get it right, it is pretty seamless and flows very nicely. Plus, smaller secure zones work best in the current game set up, because, as you have experienced, the passengers …

Also perhaps more staff rooms, I’ve had issues where staff were constantly late to flight birding as the closest staff room was too far away

Impressive preparations you made there! Would be nice to see this implemented!

Actually I have made an update while starting the project in game: 48 stands! 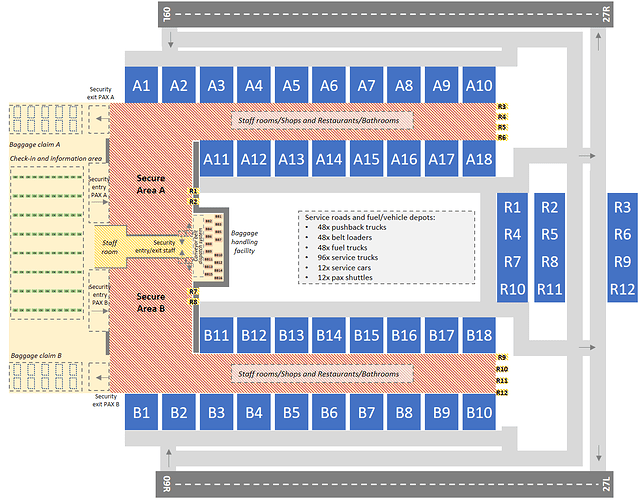 Also followed your suggestions, and added loops to taxiways (this scheme is just a mockup so you can not notice them here)
Modified security staff path, and I think I will add more bathrooms here and there (check-in area) and more shops/restaurants just after the security checkpoints

@Ziameter yes of course, I’ve added them to the scheme in the 2 wings of the secure zone

Looks very good! Hope it all fits on the map

If you are already building, we are always interested in screenshots, also of a building pit

FYI Don’t know if you want to play ‘as real as possible’, but there is a ‘hidden menu’ (F10) where you can disable building and materials so you can directly place items instead that contractors have to actually built them.

@Puma thank you, screenshots coming soon!
I know, I have learned that the hard way waiting forever to build half of the huge terminal!
And yes, it fits on the map

And here it is! Still very basic and essential, only north wing is operational with the very first flight during its turnaround 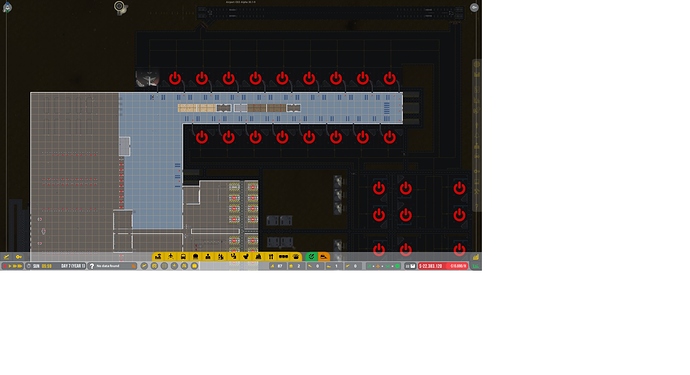 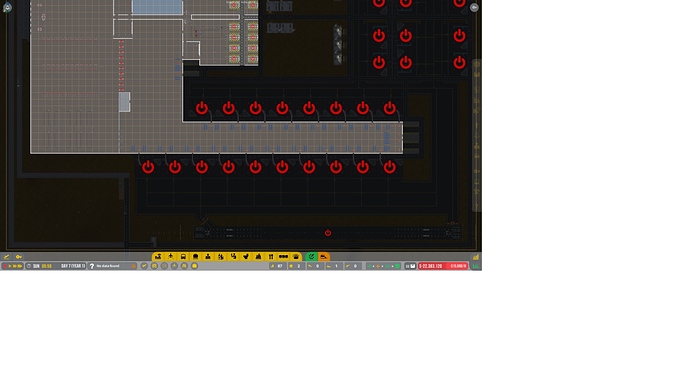 What do you think? Coming soon a few numerics to evaluate business case and expected profitability

Nice! What ratio do you keep for check-in desks and security?

That’s the last thing I have to figure out, I’m going trial and error and I will see if 10 security checkpoints can sustain 24 stands without being a bottleneck

You need more staff zones currently airport staff and ramp agents would have to come all the way from Staff Zones this would severely delay boarding what is a bigger issue would be for ramp agents that have to get into service cars on the opposite end of terminals. Also I’m guessing you’ve station vehicles straight onto stands. Last thing you could do if u had space was another run way to the right side to ensure all planes do land and there is no queue.

U also really need to create parallel taxiways for A11 ~ A18 Stands and B11 ~ B18 stands or else there will be large amounts of delay from any aircraft that are going back which would in turn also delay incoming aircraft.

Update: all north wing stands are open! Including south wing stands we are now at 30 operative stands, with the remaining connected 6 to be opened soon. 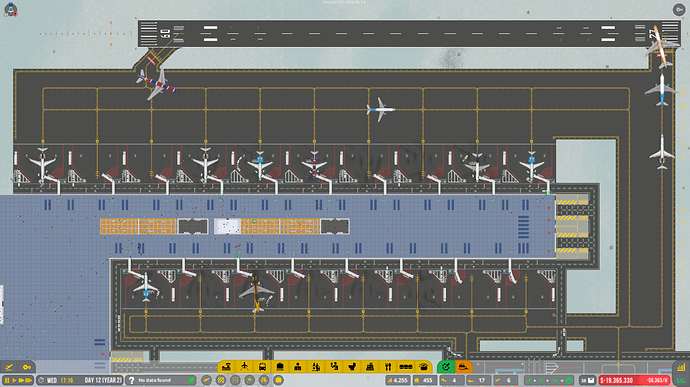 Are you operating on just 2 runways? seems that could give delays, watch your queue count on your runways.