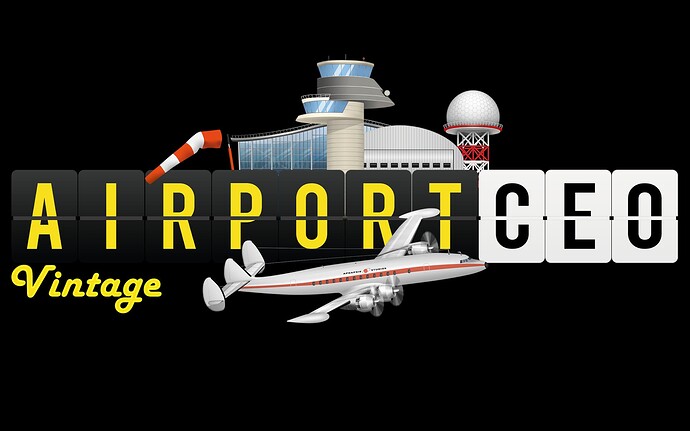 Props, small jet engines and quirky fuselages! Those are just a few of the components that summarize the golden age of flying, a time when traveling was just as glamorous as the leg room and gourmet meals served onboard. While the golden age of flight primarily lasted between the 1950s and 1960s, the Airport CEO Vintage DLC contains a total of seven different aircraft models typically flown between the 1930s and 1980s.

Downloading this DLC will add the vintage aircraft to new, vintage versions, of the Maple, Nordic, Tulip, OK Air and Swiftly airlines.

Read all about the Airport CEO Vintage DLC here!

Just an idea. Spinning in my head, I’ll explain.
In fact, our airport is not influencing anything now. And you can do it differently. For example, sell our current airport and switch to Airline CEO mode.
After switching to this mode, construction is no longer possible. Therefore, there is an incentive to build a good, large and balanced airport. We can only hire pilots, flight attendants, aircraft maintenance technicians.
We have built large parking areas, which means we can use large planes. We have built an international zone, which means we will be able to send our planes on international lines that bring more money. We have not built hangars, which means we can serve aircraft only at remote airports at an inflated price. And much more.
We sell the airport, we get a share, which depends on the size of the constructed airport. In any case, there is only enough money to buy a small number of small planes. We can lease planes. Uneconomic and old ones are cheaper, but more expensive to maintain and consume more fuel. Airlines are rated. Our goal is to become the first airline, first at the airport, then oust competitors, and then become the best in the country, and then in the world. I would buy such a continuation.

These are nice news

That said, are there any plans to give the GA part of the game a bit more love? Or expanding the music suit of the game?
I could imagine more aircraft like a learjet, maybe gliders, flight schools, events with flight shows or air clubs and correct fuel for all aircraft (Yes, still my pet peeve, believe it or not). You could just develop your airport into another way of operating - as a small, cozy airstrip e.g.

None of your suggestions add any variety to the gameplay.

Neither does the current DLC - so what was your argument again? Is it forbidden nowadays to wish for things not adding gameplay but something else like cosmetics and immersion?

I won’t even waste time.

TBH, I’m kinda disappointed. Neither fit those planes in that modern airport structure we have (oh I still wish, we would have some sort of time progression in the game), nor I’m really content with the price tag and the offered planes (some iconic airframes are just missing imho).
Will skip it and may grab it one day, when in sale. Still thanks for the effort.

TBH, I’m kinda disappointed. Neither fit those planes in that modern airport structure we have (oh I still wish, we would have some sort of time progression in the game), nor I’m really content with the price tag and the offered planes (some iconic airframes are just missing imho).
Will skip it and may grab it one day, when in sale. Still thanks for the effort.

Sorry to hear that. Historic progression would of course be really interesting to add but given the time and complexity to develop, it is simply not realistic at this stage. It is not something we planned from the start like for example Sky Haven.

Regarding the vintage aircraft, we tried to have a selection of iconic aircraft not too similar to the ones we already have. Hence some interesting choices like the VC-10 with the double engines.

We will also add a vintage stand soon to the DLC as we don’t think the oldies fit the modern stands.

This plane is still flying. 2 trucks in Belarus, several planes in North Korea, and there is also a special flight unit serving the Russian government and the Ministry of Defense. 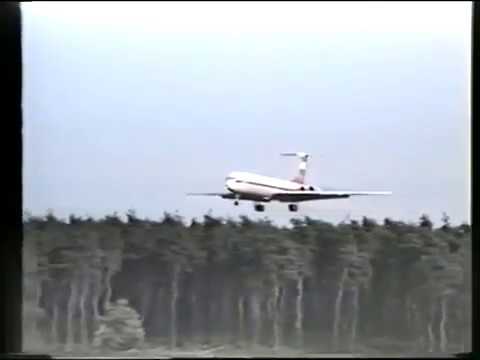 Also good to hear, you want to add a new stand for those air frames.

Yeah, I know it is a too late stage and you said quite early in EA, you won’t go for historical progression. I don’t mind that decision, it’s just a dream a man has.

I have it watchlisted anyways and for sure, sooner or later you’ll catch me

My home town (Mönchengladbach) has an airport with a museal hangar dedicated to Hugo Junkers (He was born in Rheydt which is a part of greater Mönchengladbach nowadays) and they have JU-52 there as well. You might want tocheck out the homepage of Mönchengladbach Airport.

Is the vintage stand already added? Because I don’t see it. But maybe I’m missing on something.