It’s time for the fourth beta version deployment, beta 4, building upon and stabilizing the very many and major changes we deployed as of beta 3. We’ve for some time now wanted to get back to our more fast-paced and agile beta development schedule which ties back to the two week sprint periods we originally announced. With beta 3 being such a major release and taking an unexpected amount of time, beta 4 and the other forthcoming betas will most likely move a lot quicker as demonstrated by this release.

Unlike beta 3, this update mainly focuses on continued bug fixing and stabilization with some minor exceptions. Please refer to the full release notes below and the update notes list further down detailing this update’s most important points.

As a result of notable community demand and requests for this feature, beta 4 brings water to the world of Airport CEO. New maps, where climate applicable, will generate small ponds and lakes and you can also yourself beautify your airport surroundings with the new water tile. 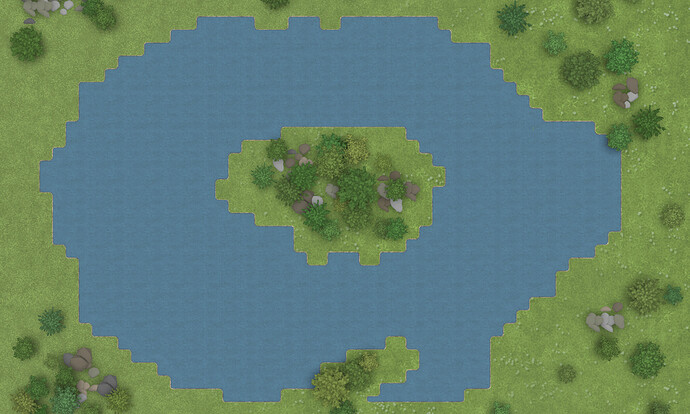 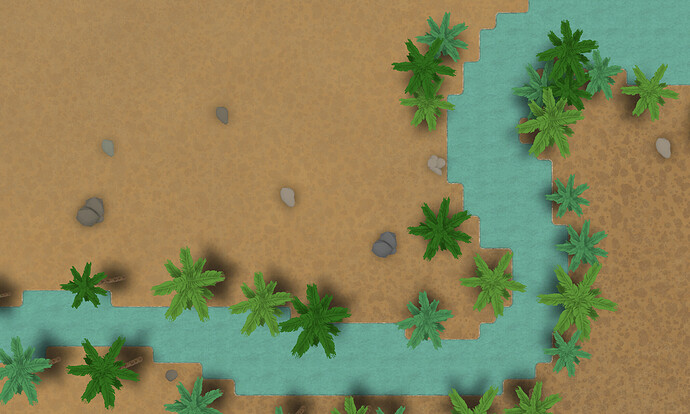 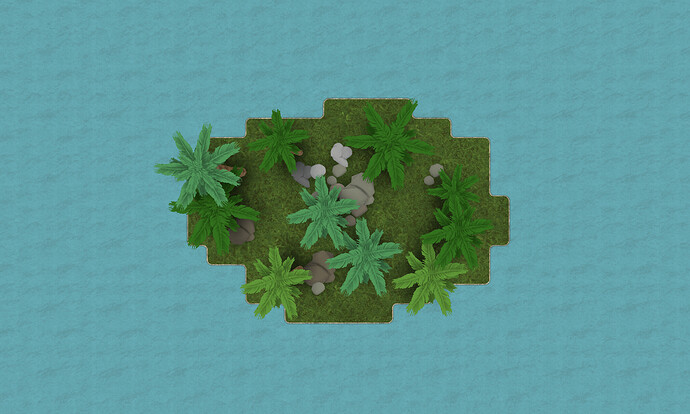 This update contains a new in-world data overlay system which we’ll over the remainder of the beta period extend with various data sets, including heat maps. First out is a person walkability overlay that is intended to show you exactly where persons can and cannot walk. 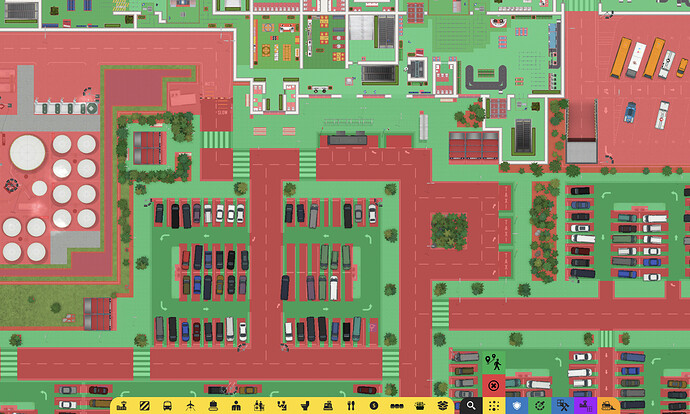 We’ve added a context panel to better communicate relevant controls and symbols as you perform certain actions. If you’re ever in doubt of what you’re looking at you can give it a quick peek to remind yourself. 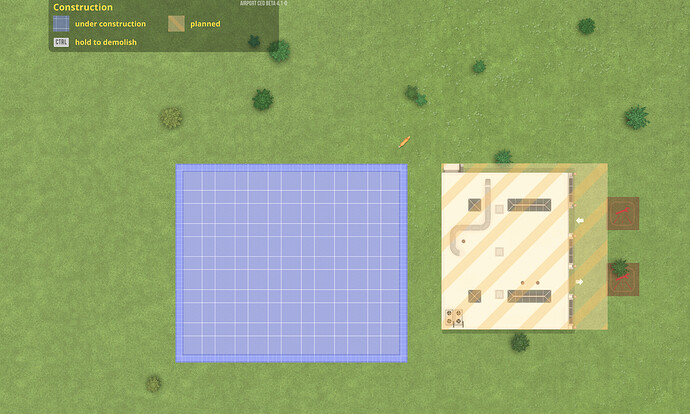 Have we forgotten anything that needs a context panel like this? Let us know in the comments and we’ll see if we agree with you!

And of course… loads of bug fixes and balancing

Most important in this update is the continued bug squashing and system balancing. Since this update mainly builds upon the large changes introduced in beta 3, beta 4 will be a lot more stable. We’ve fixed all issues you’ve reported on rooms not activating, franchise staff leaving on load, parking lots not being used and much more.

Work on beta 5 will begin next week and we hope to deploy its contents just prior to the end of the year and the holiday break. A dev blog detailing the beta period ahead and what the full release for ACEO will look like in 2021 will drop late tomorrow evening.

Thank you as always and have a great rest of the weekend!

Did you guys get my bug report for adjacent baggage teleporting - 38035?

noice! should it say beta 3 on the 2nd title?

A- It should PROBABLY not say “Beta 3” in the second title
B- what’s the focus for this beta? Beta 3 was larger maps, and I can’t remember what 1 and 2 where about, or will this just be fixing bugs and adding nothing new?

im hoping for Beta 4: The Multiple Runways and Autoplanner Update

ACEO-38048 - Having some trouble with the build planning tool. Built some terminal foundation in the building planner but decided I wanted a different shape and tried to remove it but I am unable to remove the “planned” terminal foundation. Other objects like aircraft stands etc went away just fine. I also couldn’t remove walls while in planner mode.

Not really a bug, but:
When you load a save and a plane was just about to enter the stand as it was saved, the pilot parks… well, like he drank to much during flight 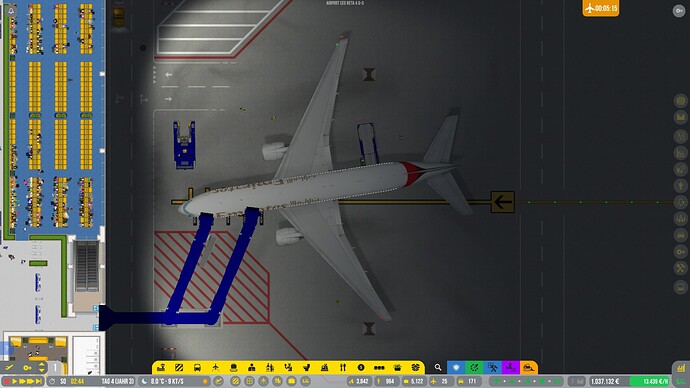 B- what’s the focus for this beta? Beta 3 was larger maps, and I can’t remember what 1 and 2 where about, or will this just be fixing bugs and adding nothing new?

This beta version will not be nearly as packed with new content as the third version was, but instead focus on continued bug fixing, performance spikes squashing, stabilization and general improvements.

All planned changes can be seen on Trello, of course!

Already mentioned it but was some time ago:
Is there a chance, that the vulcano (and bad weather) cancels the flights during this emergency and not delays all of them?
It breaks the complete flight planner when you manually put the flights in with a scheme (what I do because I’m trying to have a realistic schedule).

Yes, I ‘reported’ this in my ‘Southend’ Airport showcase thread. The volcano event ‘disappeared’ the aircraft on stand at the time and pushed all the subsequent flights back. The ‘Volcano’ Restricted Period striping also disappeared from the Flight Scheduler screen the second time I went into it, as shown. I could sort out most of the flights on the next day and subsequent days, but had to wait for the Administrators to R&D Night Flights before I could sort out the ones that fell wholly within the Restricted Period. All the rest of the flights on the ‘Volcano Day’ were shuffled into a heap at the end of the day… 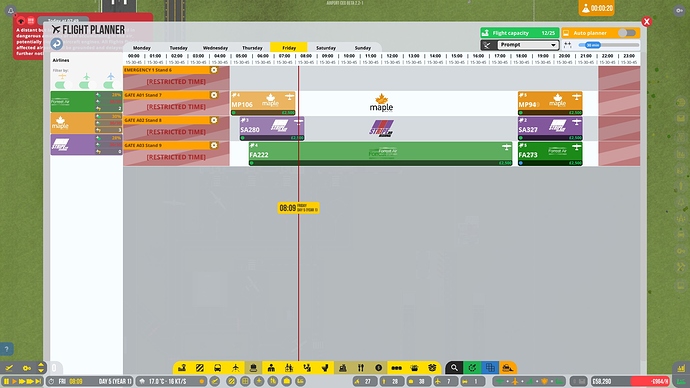 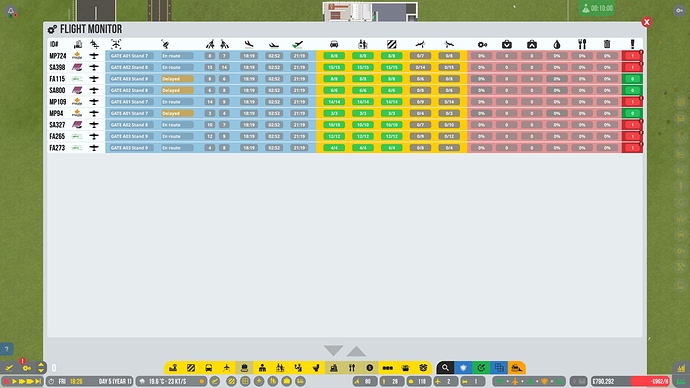 Can you drop me a report with this save? That obviously shouldn’t happen.

Is there a chance, that the vulcano (and bad weather) cancels the flights during this emergency and not delays all of them?

I could perhaps look at a setting for this if I have time. 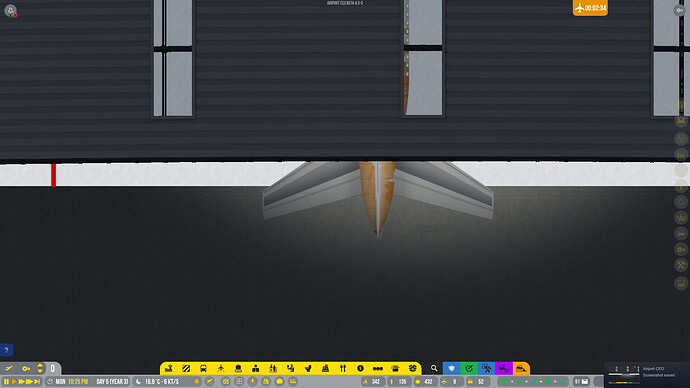 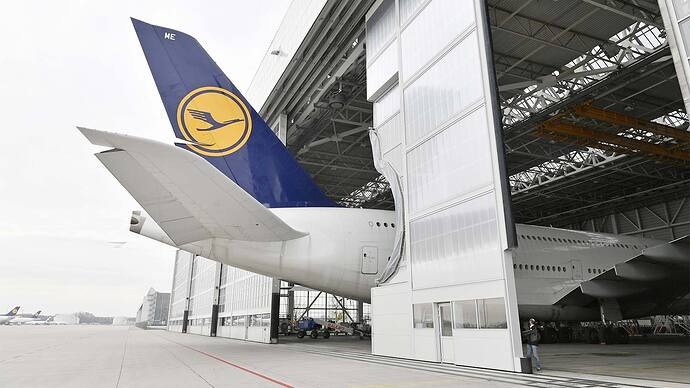 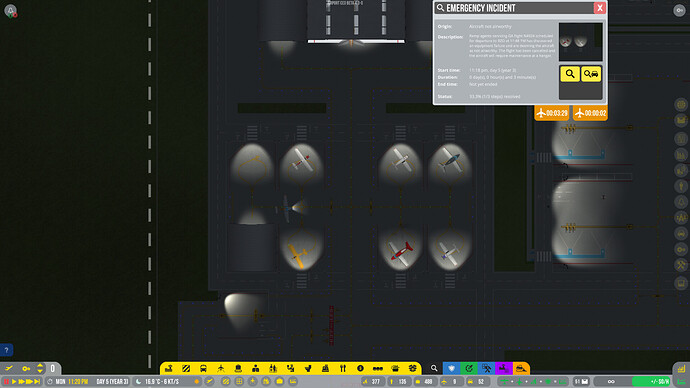 Ramp Agents don’t check GA aircraft so hmmmmm, also those two happened at the same time so wow… Bad planes. (I didn’t use codes in case you wondering, but I do know them)

Just a sneak peek at a project…

Just a quick thing, what’s with the slow mode on this topic?