After a few long weeks consisting of unexpected hard work, we’re finally ready to deploy the third beta version of Airport CEO to the default branch! It’s taken some time longer than expected but for good reason as we with beta 3 are not only releasing numerous improvements but also several new features. The release is in fact, in terms of size and fundamental change, more like one of the good ole alpha releases but with a much quicker development pace. Beta 3 thus consist of a large amount of bug fixes, balancing and other minor improvements as well as some highly requested and long awaited features.

These changes are indeed fundamental and may, if you load an existing save from beta 2, invoke some strange one-time behavior and therefor it’s very important that you read through the update notes below.

But first, let’s go through the patch notes for beta 3…

Due to character limitations on this message post, the full change log containing bug fix notes can be found here. 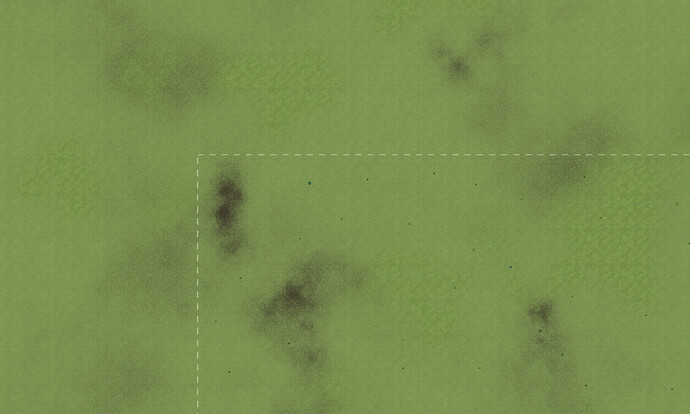 Finally, Airport CEO now supports larger maps! When creating a new airport from the main menu, you can now select the option “large map” which will enable building your airport on a map that has two extra world tiles to the top and bottom left.

Please note: There is no way to reliably convert existing small airports to large airports, we therefore recommend that you test out the large map feature by creating a new airport.

PLEASE ALSO NOTE: When you load your existing save with the beta 3 version for the first time you might be presented with a dialog panel that says “you have not unlocked this area yet” and some world tiles may be blacked out and needed to be purchased again. This is a harmless one-time bug that will only happen this one time (unless you don’t save the game) and therefore something we will not implement a fix for -and also something you don’t need to report! 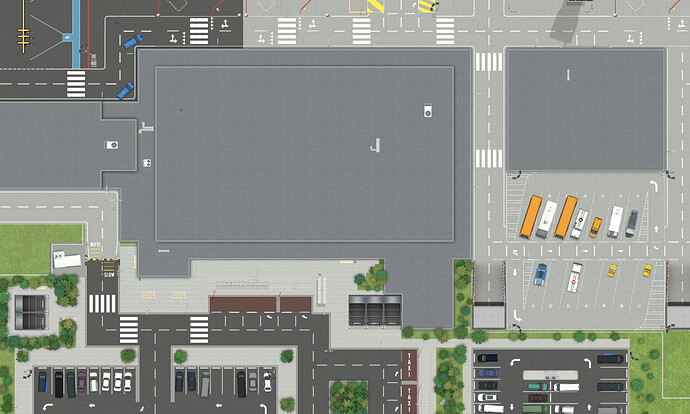 In order to allow the Airport CEO game engine to better cope with the bigger airports on the larger map designs we’ve overhauled all aspects of tileable building (walls, terminal, floors, fences and more) which should allow for a significant performance boost when it comes to tile construction, loading large saves with a lot of tiles and a significant file size reduction, compared to beta 2.

This is where most of the hours taken to develop beta 3 went and while it doesn’t look like much, overhauling a very fundamental system in this stage of the development is not an easy, but definitely necessary, task. 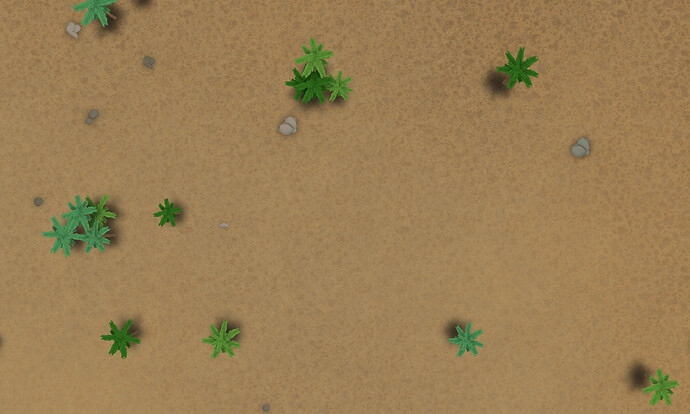 Extending on the new weather system as of beta 2, Airport CEO now simulates four different types of climates depending on where you place your airport. Polar, temperate, tropical or desert climates are now part of any airport you build and along with the climate comes typical weather and typical graphical asset representation.

Please note: We’ve included another 15 weather stations to the base supply which should increase weather accuracy, however please note that there will most likely be multiple areas in the world where the climate does not necessarily exactly match reality. We will continue to balance these values and climate settings to get at close to reality as reasonably possible. 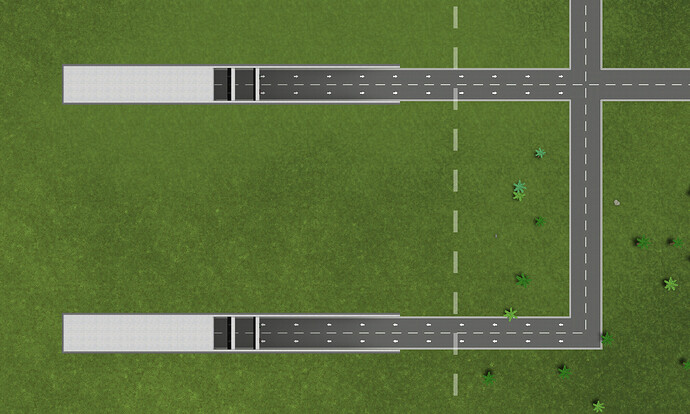 The directions of the entrance tunnels can also be changed, allowing for better control of vehicle flow. 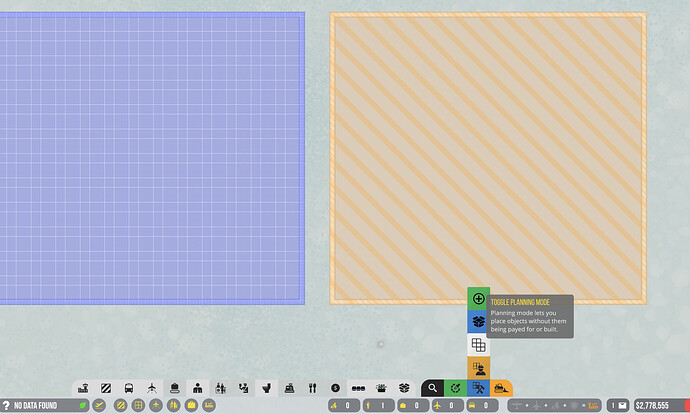 A long awaited feature as part of the feature voting request category, planning mode is here! Any object can now be planned, and of course later on built, using the planning tool found in the lower build menu.

The changes in beta 3 also enable a significantly better performing game, especially when it comes to loading. The new tiling system, together with general performance improvements across the board, should allow for airports to load much faster.

And of course, loads of bug fixes and balancing as can be seen in this forum post.

This release has been thoroughly tested on both the internal and experimental branch by our hero CEOs but as with any large release containing fundamental changes, additional updates are to be expected as per usual throughout the week.

We’ve immediately started work on beta 4 and the remaining work that is to be done on Airport CEO, as we continue to progress throughout this beta period.

Join us in enjoying this continued beta period!

How do you add the extra tunnel entrances? I feel like I should know this…

I take this opportunity to ask you if the game is going to be perfect with the RX 570 or 580 video card. I’m looking at other options for my computer and these are some of them. Anyway, keep up the good news and improvements!

I’ll keep reading them around here.

Hey am I just dumb but I haven’t seen the option to have water yet no I am saying this as I was looking at the Trello board and it seems to be on experimental any ideas?

Really love the planning mode. Makes it so much easier to plan out the airport. I would like the contrast to be a bit sharper in the terminal so it is easier to see what I’m placing. But the concept and implementation of it is great.

Building a fence all around your airport early is critical - zooming out and watching the animals trying to find a way in is fun.

Also love the extra area to play with too - now I can spread out the airport a bit more.

A long awaited feature as part of the feature voting request category, planning mode is here! Any object can now be planned, and of course later on built, using the planning tool found in the lower build menu.

A little information from me: With planning mode you can give priority to constructions by starting their construction first.

Amazing stuff guys… and someone sayd Beta is only for bugfixing and minor improvemrnts.

I love being able to have multiple entrances and exits to the map. Would it be possible in the future to be able to assign the tunnels as entrance or exit only, sort of like how we do it with taxiway entrances? Or is this out of the question?

At least here in the USA, most airports have a dedicated entrance and exit with multiple one-way lanes. I have been trying to recreate this sort of pattern, but it proves difficult and doesn’t work all that well.

(Also) I have noticed in the current programming, vehicles tend to ignore multiple one lane roads that are next to each other and prefer to all line up in one, which would have to be tackled in order for the aforementioned item to work correctly. 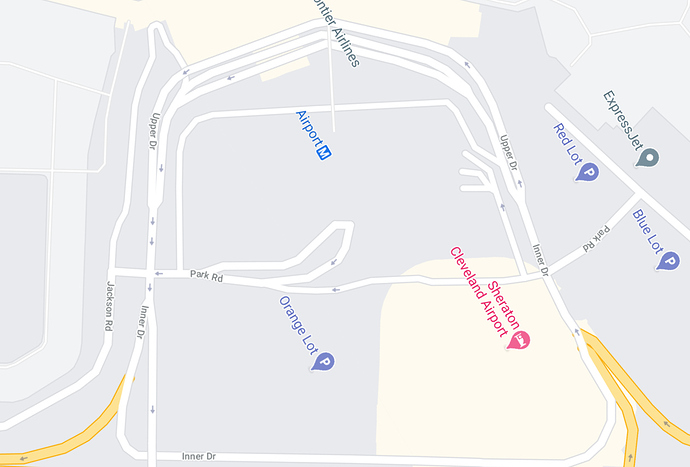 Wow, this Beta release is full of great features and bug fixes. Thank you devs for your hard work.

Very good news! In general this new release is one of the most important ones lately.

Important note on the procurable land tiles. The new map size forced us to do changes to the tiles, therefore, you need to re-purchase them or unlock them/add funds via the json save file. This change was necessary to even support the older map size.

Wow, that’s an awesome big update with many nice things. Can’t wait to try them all out in a new build! Thanks guys!

I love the Planning tool. I have a suggestion. Currently, you can lay down a planned template. Then, if you overwrite it with the planning template again, it changes those things to “build mode”.

I would like to add the functionality: when you overwrite a “build area” with the Planning Tool, those things become planned builds. That is, those things are changed from the build (blue colored) to planned. this way, if I start building something, then change my mind to prioritize something else, I can stop it’s construction of the non-prioritized thing.

Just loaded my game: there are no planes coming. Schedule is filled as always but the planes just don’t arrive. Everything else looks normal and I have no Warnings…

Edit: they don’t get activated. they show a minus time with actitation in the flight schedule…

What will be the plan for beta 4? Also the ETA on the other planned planes?

Beta 3 was definitely the most feature packed beta as all of the prerequisite tasks have been handled in the previous alphas and betas. The issues for beta 4 will be visible on Trello once we launch it but in general it will be a lot less features, only minor such including some features that are purely for stabilization, and more focused on bug fixing as will beta 5 and 6.

How do you add the extra tunnel entrances? I feel like I should know this…

The first button in the infrastructure category in the build menu!

I take this opportunity to ask you if the game is going to be perfect with the RX 570 or 580 video card.

Unfortunately I tend to don’t give exact recommendations when it comes to GPUs, however I would recommend you to ensure that whatever GPU you get has at least 2 GB of dedicated dedicated memory (VRAM) to meet the minimum requirements of the game and at least 4 GB to meet the recommended requirements.

Hey am I just dumb but I haven’t seen the option to have water yet no I am saying this as I was looking at the Trello board and it seems to be on experimental any ideas?

What you saw was an issue in regards to limiting the airport selection on water, which has been fixed in beta 3. Currently we have no plans on adding water landscaping to the game but with the new tiling system I wouldn’t be surprised if someone in the team tries to get this in as part of a future beta release… we’ll just have to see!

Amazing stuff guys… and someone sayd Beta is only for bugfixing and minor improvemrnts.

I would like to add the functionality: when you overwrite a “build area” with the Planning Tool, those things become planned builds.

Would it be possible in the future to be able to assign the tunnels as entrance or exit only, sort of like how we do it with taxiway entrances? Or is this out of the question?

No, not impossible at all, but it all comes down to how much time we have to allocate to features like these. We will think about it!

Edit: they don’t get activated. they show a minus time with actitation in the flight schedule…