23.3 is now available on the experimental branch and contains some major changes. Patch notes below!

Jet-A1 Depot doesn’t receive fuel resupplies in the update. Empty avgas resupply vehicles just spawn endlessly. Also, the new fuel truck trailers are being counted as a bag card and pulled around by the service trucks.

I’ve also got this issue

All the fuel trucks are called small fuel truck and appear to have same capacity. Not sure if the 3k one is any better than the 2k.

So many new bugs occured. I am now starting to create bug reports.

But overall these new design are amazing!

Wow, great update! I look forward to playing with it!

So many new bugs occured. I am now starting to create bug reports.

It’s expected, that’s why its called an experimental branch. Thanks for reporting them!

No textures are present of service [ACEO-2675] 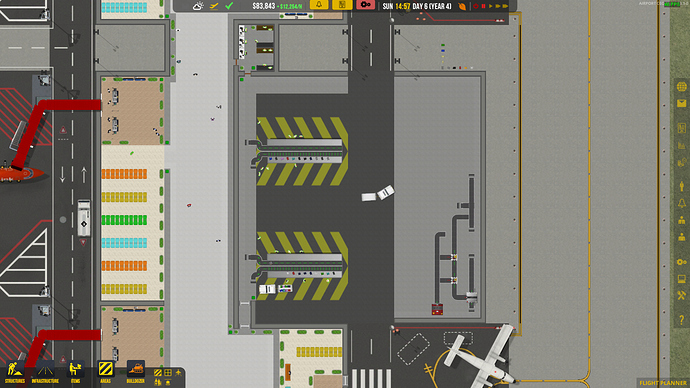 Next to that, I hate the fact planes are clipping wings with these new small stands, they should stay within their stands borders.

I really like the new vehicles and is it correct that I noticed that all vehicles are a bit smaller than before?

Next to that, I hate the fact planes are clipping wings with these new small stands, they should stay within their stands borders.

I really like the new vehicles and is it correct that I noticed that all vehicles are a bit smaller than before?

Yes, that is a known layer issue. The problem with the stand is that we don’t want to make it bigger as that will break saves. Vehicles sized have been slightly adjusted (also the buses and fuel trucks are shorter with the new models).

Any of you have trouble with initial filling of fuel depots? the fuel trucks display as 0% full 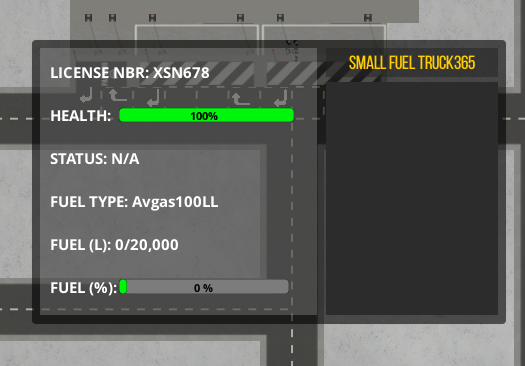 You have successfully created the issue (ACEO-2680) < new one.

Demolished and rebuild the depots, did not help.

The fuel trucks (request of fuel) will no longer be able to enter your depot to refuel.

game-break since i cannot play on.

Ok, good I am not the only one, I learned that adjacent existing fuel tanks do not reconnect when building a new depot in between them.

Those yellow fuel trucks, makes a u-turn on the first intersection and does not enter my service road from public road.

Anyone else struggeling with game crashing/get unresponsive all the time? This happened from time to time in the old version but in the last one it happens a lot. The game seems to get stuck, probably during autosave. I need to restart game to get it running again. Tried and let it wait for 2 hours but still unresponsive.

Yes I experience game freezing and crashes much more often this build. Even on 2 speed. I’ve submitted my bug report about fuel truck that included my safe. Hopefully dev can look into the crashes too.

I tested turning off autosave and it still crashes… so there must be some sort of bug not related to saving.

I love the vehicle pack. I am confused on why it’s not tied into the vehicle panel within the game where we can assign them to the depot’s. my push back vehicles are just driving back and fourth on either side of my airport like headless chickens.

I know it’s experimental, have to weed out the bugs and the do’s and don’ts of the game. I’m looking to getting into game dev over the next few months and out of web graphic design. It’s the one thing i noticed last night while i was playing.

Does this by any chance happen on a particular event? Same time/day or vehicle movement?

Anybody know how to get steam to update my game version from 23.2 to the latest?,

i have tried but i cannot find an update game version?

Reset the laptop a few times but no joy