I currently have 311 ramp agents. 78 of them seem to be work but it’s constantly telling me I need more. a couple of my bagage bays don’t have anyone at them. what can I do?

What do you see when you go in terminal mode (‘T’-key) and click on the staff sign, how many staff is assigned to that terminal? Could be that you have to fully zoom out to see the terminal options.

I’ve not assigned any terminals.

Maybe good to create at least 1 terminal and cover the area you are working in at the moment, so you can actually assign staff to that terminal.

They probably stuck at baggage bay

i got the same problem too

Yea, definitely something that needs balancing/fixing.

I think Ramp Agents should just be “magic” and always fixed at their jobs. That way you don’t have to manually hire 300 people (0-4 at a time if you’re not cheating!), and the AI doesn’t need to bother with trying to pathfind them.

Are you sure there’s a footpath between all these places?

Could you share a bit more information what is worse now? Could you please share screenshots of the terminal view, the staff operations screen and a zoomed out airport view with zones (Z) and terminal (T) overlay enabled?

Yeah like Puma says I think we need a bit more information here to see what exactly the issue is, could very well be a job task generation problem with duplication or something else. Where are all of the ramp agents you are hiring?

Have they got trapped at remote stands?

getting the same type of thing. I know I need to hire more ramp agents but it is concerning that they are not claiming the jobs available and so many are “resting or standing still” 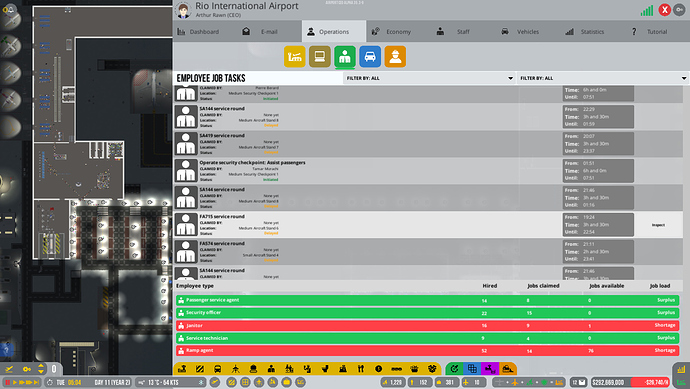 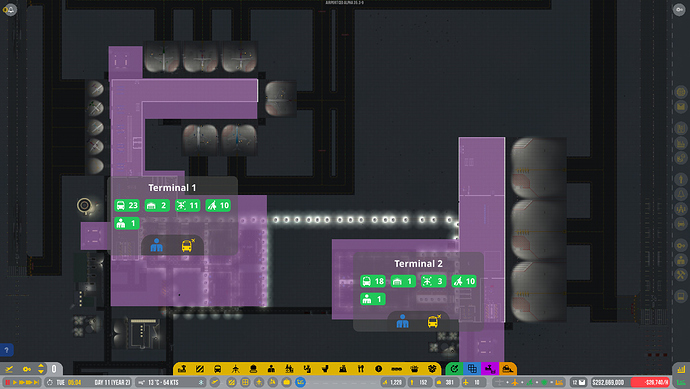 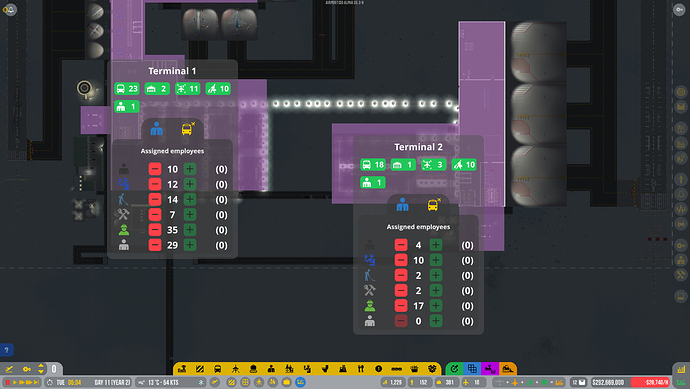 So even when there are so much tasks available you still have idle ramp agents? Sounds like a bug, please bug report that and report the bug nr in this topic so the devs have a reference.

On a side note but related, would be nice if in beta phase it could be picked up that the operational job task (staff and vehicles) window would also show an overview per terminal

reported the bug but forgot to write down the bug report number and can’t find it in the game log … am running windows 10, tried the following location:

ya … if you look at the screen shot you will see a lit up path between the terminals.

I just started a new topic with the bug report ([SOLVED]Assigning terminal kills job claims) looks like it is when you assign a terminal.