Flies on one of the world’s most proven aircraft families with safe and advanced technology? Of course!

After the whole mcas situation is fixed, sure. But for now it’s a no for me

Considering the whole ordeal, how they’ve essentially built an inherently ill-balanced aircraft and have solved that balancing with an apparently non-redundant hardware solution and poor software, and how it the was rushed through FAA security screening… no… however, Boeing would be insane not to properly fix it and put it through proper tests and screening.

Saw this image on Reddit… a testament to their failure: 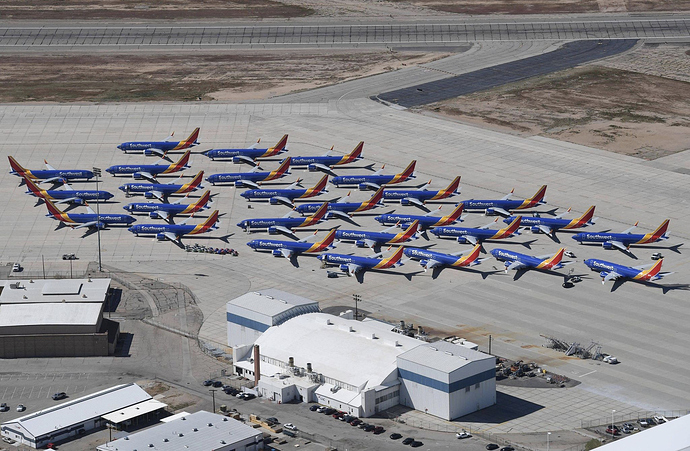 I don’t want to prejudge Boeing, because the crashes are still under investigation.
But if the MCAS turns out to be the problem, couldn’t it be called insane not to properly screen and test it in the first place…
If this turns out to be the reason for the death of 346 people, I hope Boeing gets a heavy fine of billions of dollars, just to warn all airplane constructors to test more careful before they sell their planes.

A pack of Max’s hunt for its pray.

The thing is that even with the crashes there still safer than the drive to the airport. 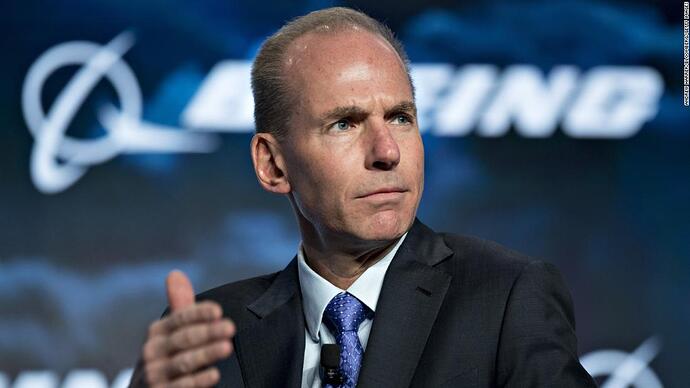 Boeing CEO says 737 Max was designed properly and pilots did not 'completely'...

Boeing's CEO on Monday said the safety systems on its 737 Max jets were properly designed, but he added that the airline is working to make them safer following two recent deadly crashes.

And interesting statement but probably the only one he could make… although does sound a lot like if I were to tell a user “it’s not a bug, you’re building it wrong”… either way they obviously need to fix their tutorial then.

I’m kinda starting to think that Dennis Muilenberg is crazy.

That is THE characteristic statement of aircraft constructors: "It was the pilot’s fault."
I’ve heard this so many times before. As long as there is no irrefutable proof that it was a technical issue, they always blame the pilots. Always!
And in this case it is implausible, too. Quote: “The safety feature forces down the plane’s nose if a sensor detects it is climbing too fast and at risk of a stall. Apparently the sensor on the two flights gave a false reading. Two weeks after the Ethiopian crash, Boeing announced the software fix would add data from a second sensor that measures the horizontal tilt of the plane.”
If it was the pilots fault, why “fix” a “secure” system?? This guy doesn’t care for the pilot’s families at all, all he cares about is money and his career. What a shame!

As I already said, Dennis Muilenberg is crazy.

I just came across this brand new video: The Economics That Made Boeing Build the 737 Max.
It is explaining the reason why MCAS has been implemented in the first place and what it is actually doing, and it expalins this pretty well (IMO) in twelve and a half minutes (including some Wix promotion, but what the heck).
Furthermore, it was made by Wendover Productions, a YouTube publisher who released many videos about how aircrafts, airlines and airports work. A topic that might be of interest to you guys.

Commerce should never be placed over safety, especially not in a market where there is no room for error! Unfortunately this happens in all kinds of businesses everyday, in the end it’s all about money…

I have read all the preliminary report, including transcript of flight recording and instrument readings.
I can not understand how can he say that it was pilot’s fault…of course in his position there are economic/political concerns (share value, market share, etc.) but come on this is almost ridicolous.

Completely agree, they said “fix” and not “improve” the MCAS and AND system

It’s a sick business procedure for most aircraft constructors to blame the pilots. They’re usually dead and can not defend themselves, and it’s the cheapest way to “solve” the issue.
I remember a case shown in a TV documentary series many years ago (in Germany it was called “Alarm im Cockpit”) of a small aircraft build in France or Switzerland. There were six or seven fatal crashes, all happened in freezing cold conditions, and they always just blamed the pilots without any evidence.
In all cases, investigators assumed ice had most likely been the cause, but they couldn’t completely proof it, and their superiors were not willing to react unless absolutely certain. On the other hand, pilots are guilty unless the contrary is proofed.
At the end an american pilot gave an interview mentioning the concerns of many pilots flying this deathtrap. The plane had kind of an on-flight de-icing device. The parts of the wings where ice build-up was fatal for the uplift were covered by a layer of rubber that could be inflated to break the ice. He said, many pilots flying this aircraft were convinced that this system, that regularly malfunctioned, was the reason for the crashes. Only then, with the public (and therefore the passengers) being concerned, FAA and airlines reacted. The plane was no longer used in cold conditions, only in southern regions where no icing occured. The face of the pilot who gave the interview was not shown (it was blurred) and his voice modified to protect his identity, but nonetheless he was suspended by his employing airline the very next day and short afterwards got fired.
This case shows how blinded by greed (or, if you like, economical constraints) airlines and aircraft constructors can be. Far too many similar crashes and they still choose the easiest and cheapest way, sweeping it under the carpet again and again, keeping these planes flying and flying as long as possible.

According to a CNN report, a new statement from Boeing indicates that the aircraft constructor knew about a problem with the 737 Max well before the first crash in October 2018, but decided to do nothing about it… 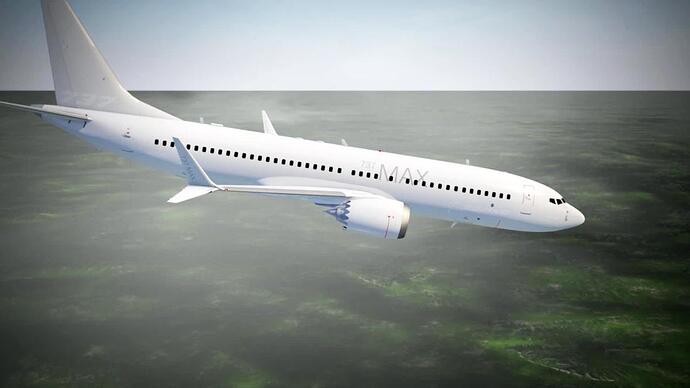 Boeing knew about problems with the 737 Max the year before Lion Air crash...

A new statement from Boeing suggests it knew about a problem with the 737 Max the year before the deadly October 2018 Lion Air crash, but decided not to do anything about it.

His best friend is D. Trump… I rest my case