Airline Description: Wings airlines is always striving to do something new. With a modern minimalist look, this airlines tries to appeal to all passengers with its ease of access. It is a mid-range airline, offering affordable costs but with a higher quality passenger experience than with a LCC. Wings prides itself on its modern fleet of A320s and 737s. Wings advertises itself with its simple symbol of the paper airplane - it does not even put its name on its jets. 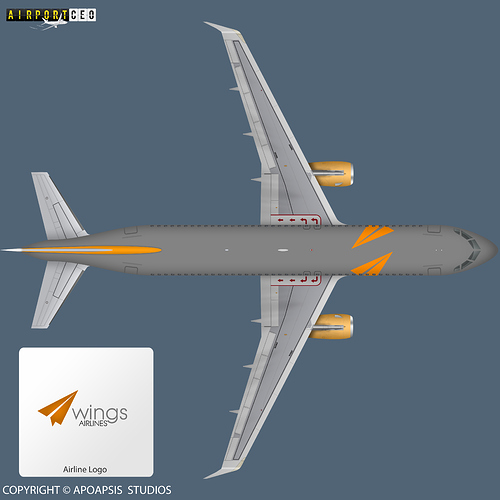 Awesome design. I like that grey with the goldish engines.

Nice. Logo looks like Paper Plane shop in game though

Yeah, I’m not too happy with this one atm. I think I’ll delete it and rework it a bit. Kinda rushed this one at 11pm on a tuesday night.

Maybe make both paper planes fly towards the front?