Where are the passengers going? )

Maybe there are few police cars at the airport, and no one is investigating their disappearance?

At my airport, vodka is not served to everyone at the expense of the institution. Where are the passengers then? Why do even those who arrived at the airport manage not to reach the plane in such numbers? 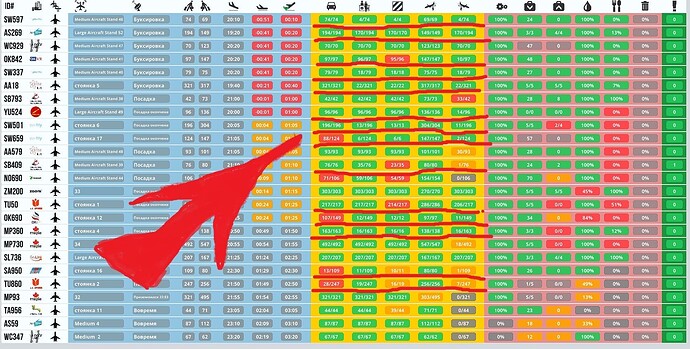 What it is? 45 passengers arrived at the airport, checked in for flight 45, 41 passed through the security zone, and 15 boarded the plane?!

Who are these people and where did they come from? )) The average current flow of passengers is about 10-12 thousand passengers, but then it grew to 26,000. I started looking for them. Where are they hiding? ) Vodka was sold in the usual volumes, no one was hiding in the toilets, but then they climbed out of the gates. )) 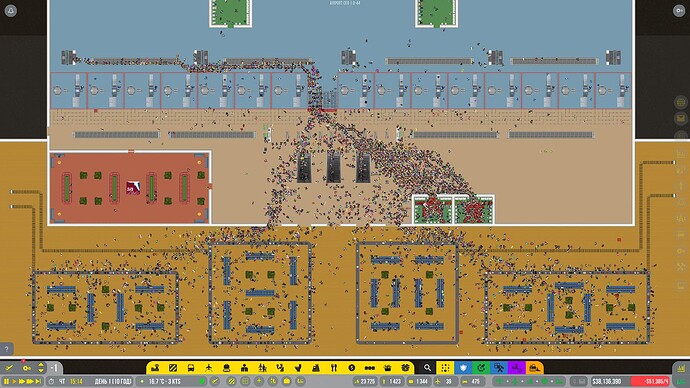 You sure they weren’t like stuck somewhere… I had that once:

Lol, did you had an stand with a missing piece of zone at the jetway exit? 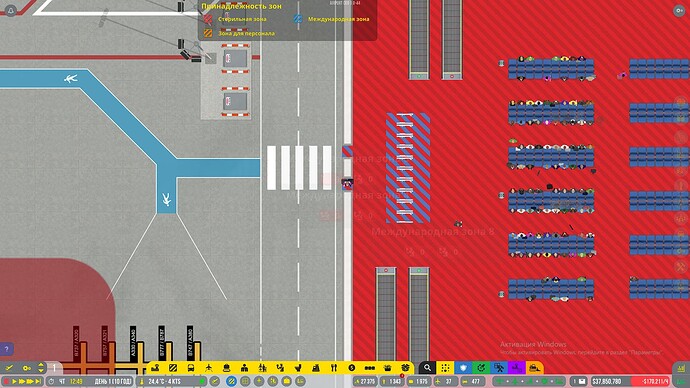 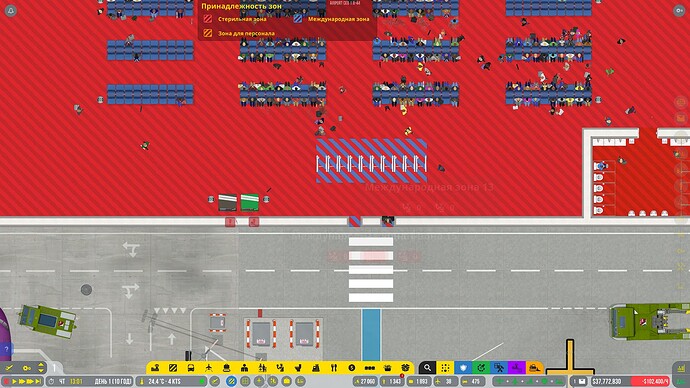 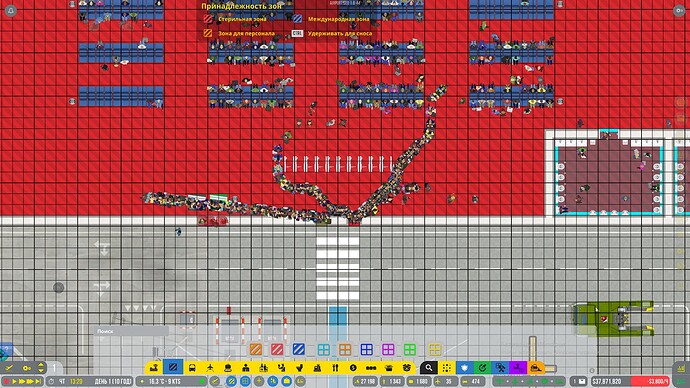 If you want large stands to act as domestinc, you must play in the realistic international mode and then you get a toggle on each stand.

Hm. Each of the three terminals has large grandstands, but only the last one has an international zone. However, it doesn’t matter. The airport reached its design capacity. Further, to transport 50,000,000 passengers, only electricity for a computer is required.

And with the supply of fuel, there is still such a picture … 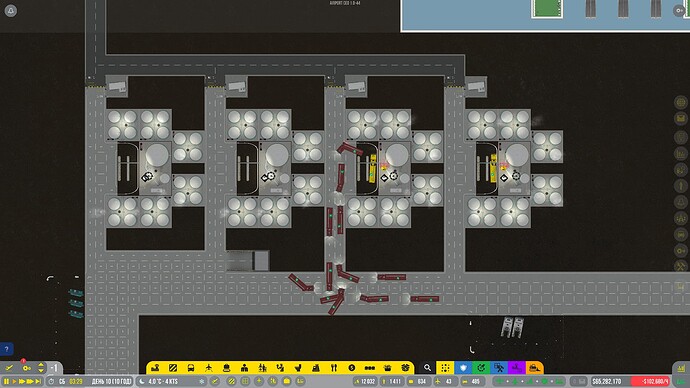 You know that that type of merged roadway layout probably won’t work too well… I suggest either two lane combined, or 2 or 4 lane separated. But you probably know better than I do.

Here the matter is different. Auto-delivery of fuel is not sufficient to prevent traffic jams for fuel. When there is no fuel at the airport, and the supplier’s tanker arrives, then all the empty airport tankers go to him, and these are dozens of tankers and there will be traffic jams anyway.