Whats the most efficient queue lines? 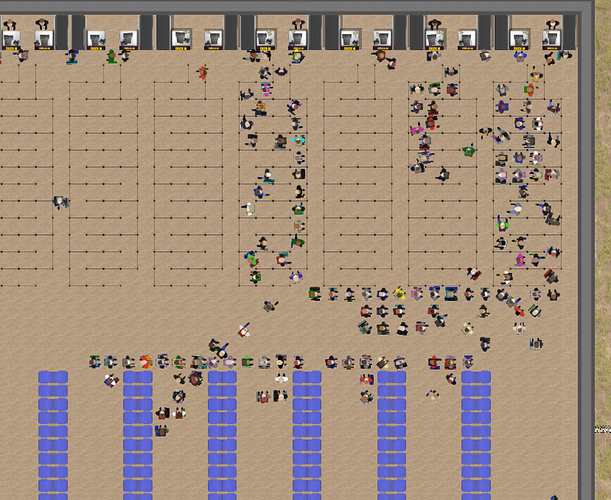 You can put 2 employees on each check-in desk to reduce the time people queue,meaning less people per queue at that same time. Otherwise I think it doesn’t matter what shape it has,only the amount of squares (m2) counts.

Ah I see. Thanks!

plus that looks realistic to me - airlines rarely have enough checkin desks open.

Yep, there could be a row of twenty desks but only two for your flight.

I think possibly a reason there is a lot of congestion is that currently all passengers arrive at the same time. Distributing arrival times as a bell curve (some arrive very early, some very late, most roughly on time) would both alleviate some issues with long queues and also introduce some dynamic challenges.

Also sometimes the desk agents arrive late. By the time they get there, the PAX have already calculated the path to the one desk with staff - and it doesn’t recalculate.