Can anyone tell me what these numbers mean? I’ve never seen them before. 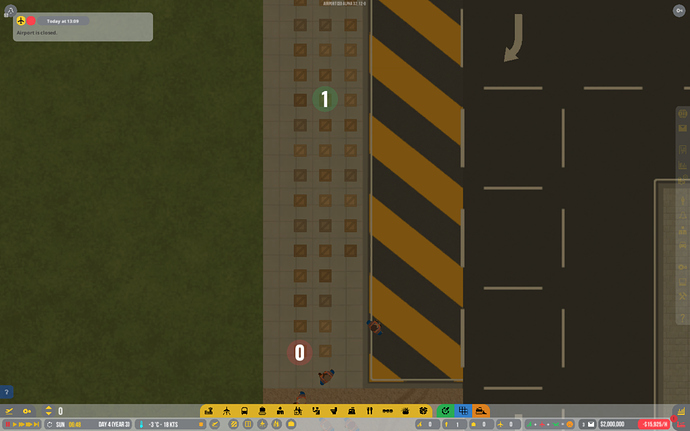 I think it has something to do with pathfinding debug. They shouldn’t be visible during normal gameplay though…

I’ve had similar things on stands and sent a big report quite a while ago. At least it’s not a gameplay problem, maybe just some debug not switched off.

it’s indicators for floors, although i am not sure what would be on floor 1 with you

If the system finds a path finding error, meaning an agent can’t find a way to a particular location. A notification will be sent to the player and if you then click “investigate” a line is draw between the agents position and the requested position. However, since the multiple-floor update we have added numbering to indicate the floors. Looking at your screen I suspect a contractor was trying to go to a position on 1st floor or a bug caused the numbers to glitch out. Anyway, please report it so that we can take a closer look.

not? seen them plenty

made so many test builds… dont remember which ones

Ohh that means that I build better airports in path finding

Yes, do not do that in test build, it tends to not break the game

- what is the goal

Get quite often those numbers, but mostly when I receive the path-finding error, and I click on it, the issue is already resolved.