This is a topic for all my mods. First one is VOID AIRWAYS wich will be hopefully out some time tomorrow. 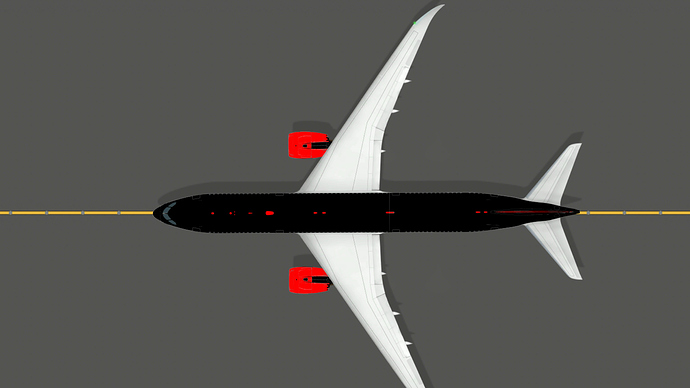 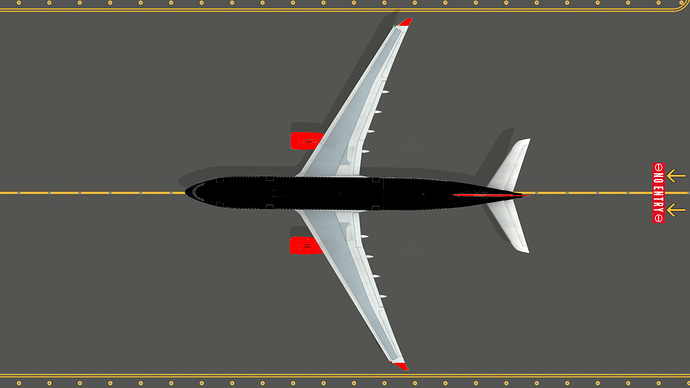 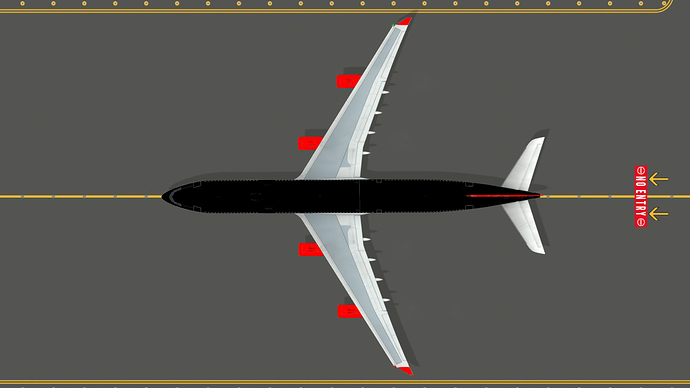 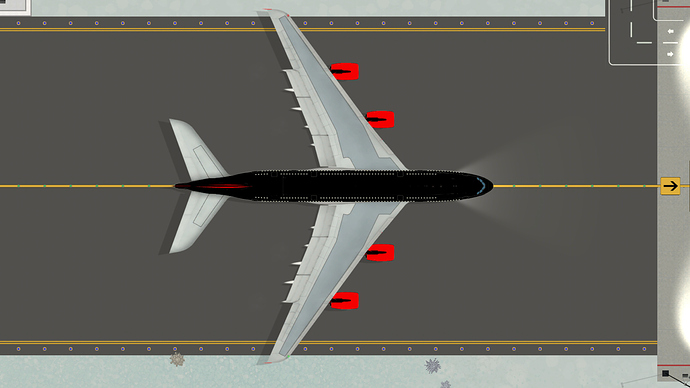 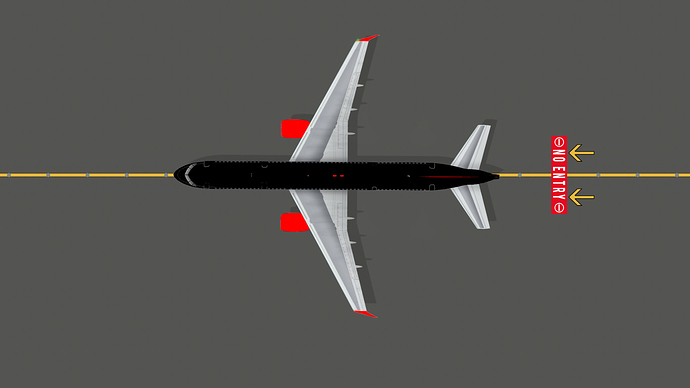 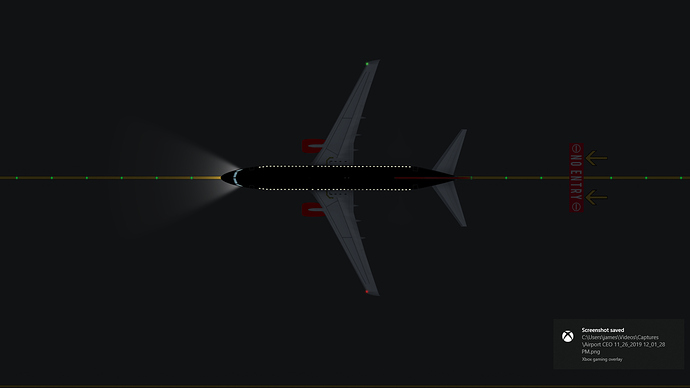 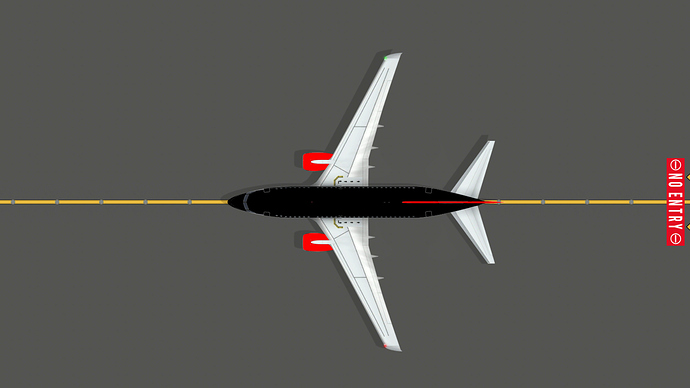 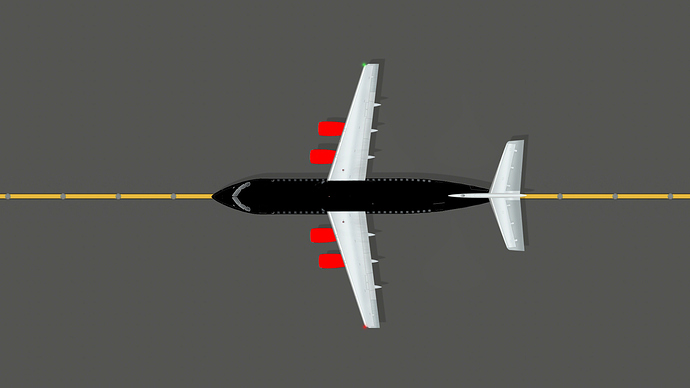 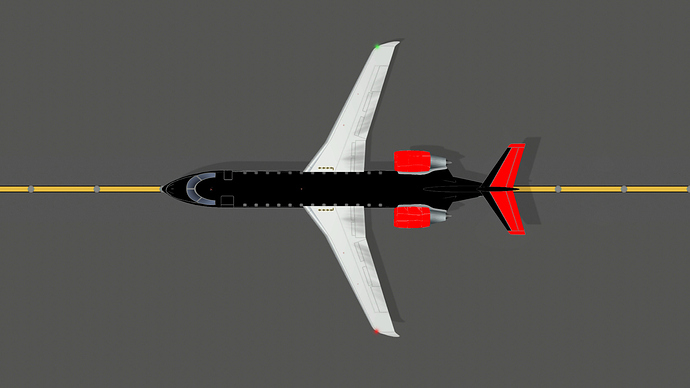 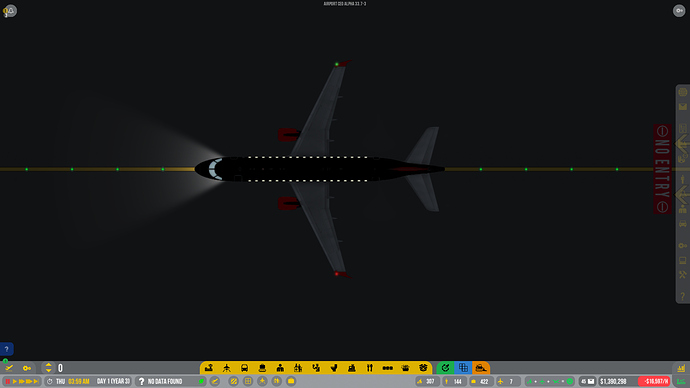 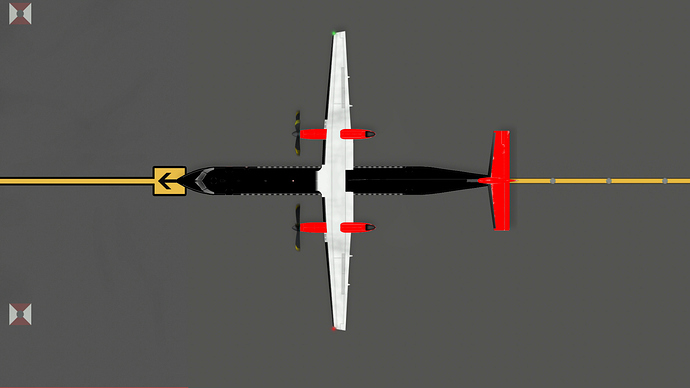 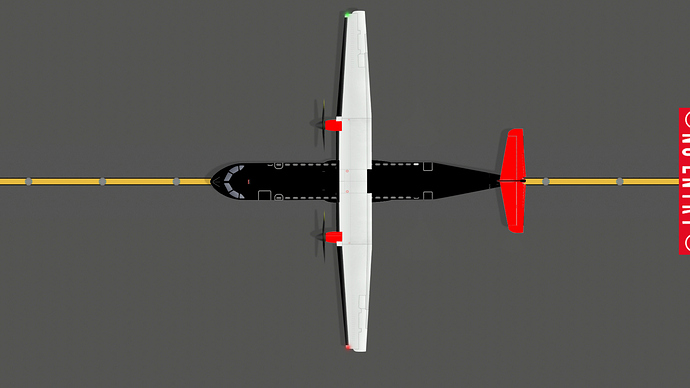 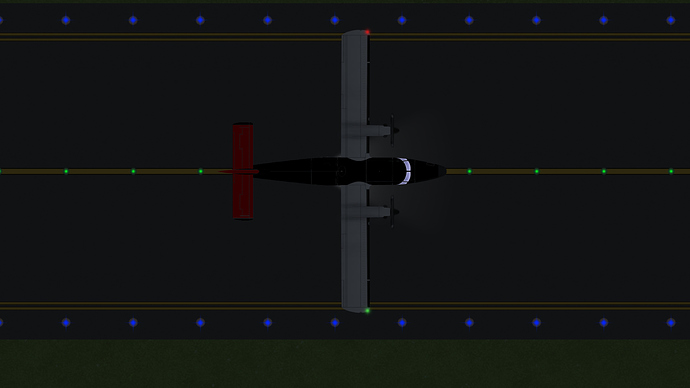 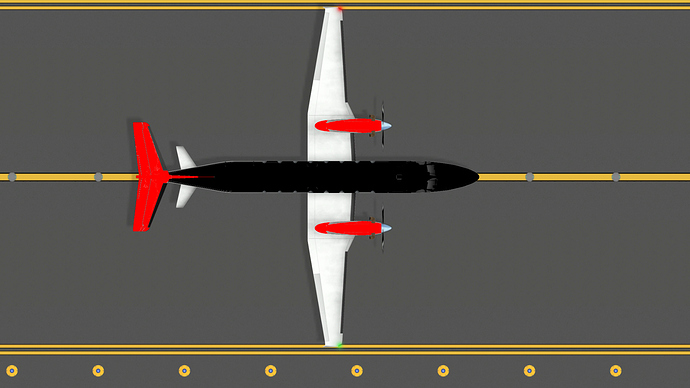 here is the workshop link:
https://steamcommunity.com/sharedfiles/filedetails/?id=1921520399

Very different most certainly. You have worked hard.

Try add some shading to it. The planes are black, but there should be some shading, perhaps look at this (painful) example: 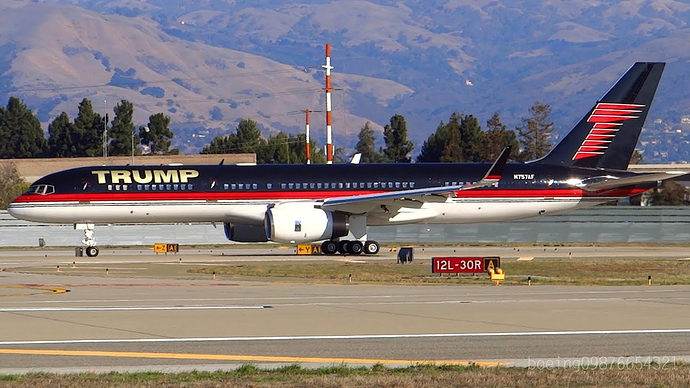 See how you can see the curve as the black goes lighter to the bottom, almost shining.

what program do you use to do the mods? There is a little technique that i use, primitive to what guys like @dawed or @Rubble use to add the shadding. I use gimp, they use photoshop.

adding shading turns it from a flat object and rounds it. These are very quick models, but attempts to show you the principle. Hope it helps. Similar principle applies to anything that is round or roundish.

I am currently updating a Cargo plane mod i made about a year ago, and realized all my models then were similarly “flat”, so they need a major update!

Just as addition to what @Spokkel said, in the Gimp template files i have sended you, there is gradient sahding ready as seperated layers… play there with opacity and those stuff to get those roundish look

Ok I will thanks guys!

Also I use gimp

This is what I do - either use the mods files that was sent to you. They work well when you have light backgrounds and can use the black shading with low opacity (double click on the layer and set the opacity to about 20 or 30%.) 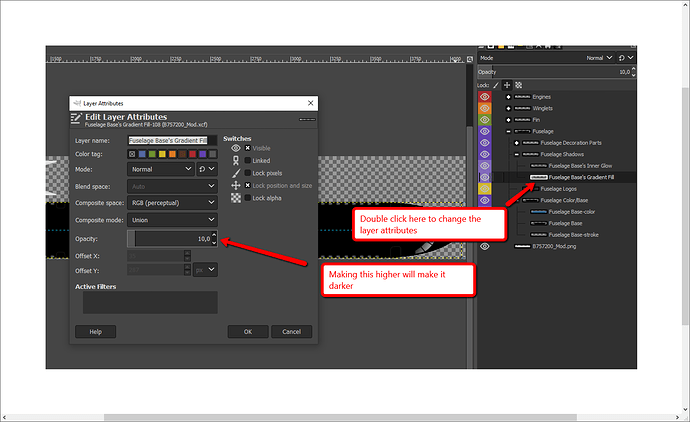 Or, you can create your own opacity to cause an inverse affect: This is how i do it, its not as refined as the others, but it gets it done.

Now, i tried it with a white, and then messed with the opacity as i mentioned earlier and got this:

Then you plug it into the game and see what it looks like, and play around with shades of grey rather than the white, different opacity levels and even making the black less black to get better representation of the colour you want.

Anyway, you may know all of this, but i had friends that help me alot when i started, and still do.

Thanks I will try it out!

So in gimp how do you create a moon/crescent/half circle shape?

Update: I plan to work on it again later today 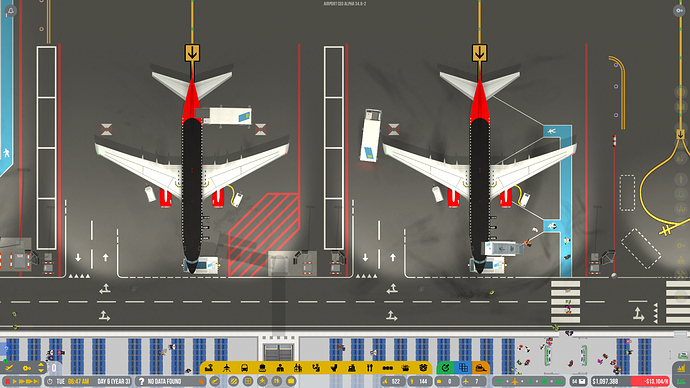 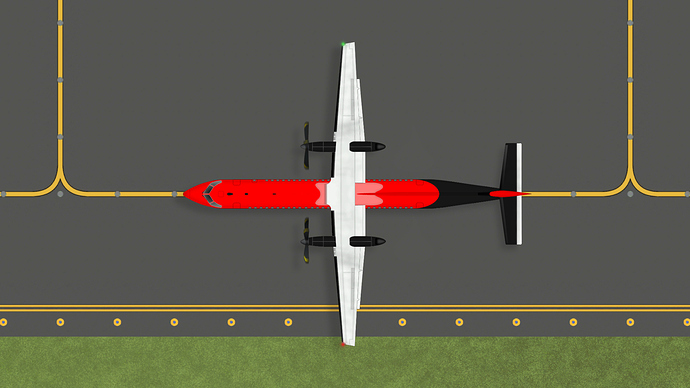 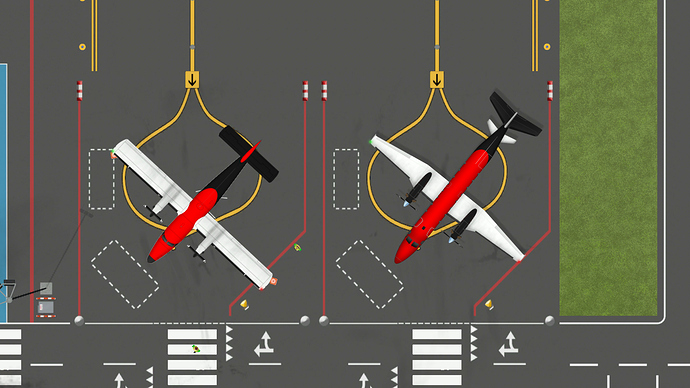 @Void nice one! I love how the Q400 has two diffrent shades of red. looks sick.

VOID AIRWAYS NEXT GENERATION LIVERY now up and runing 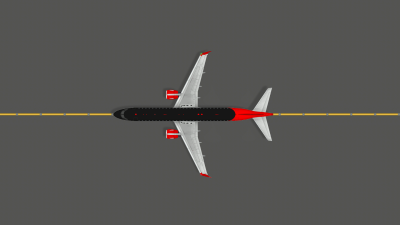 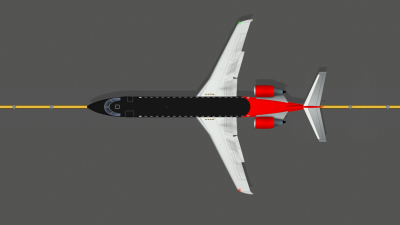 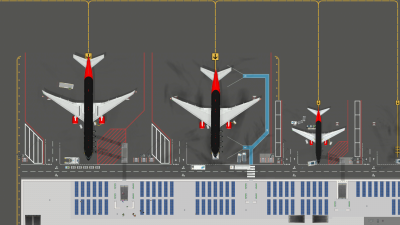 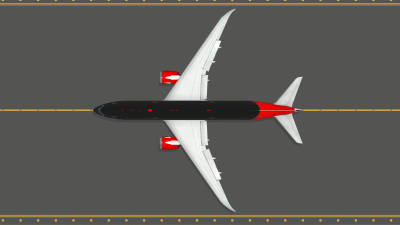 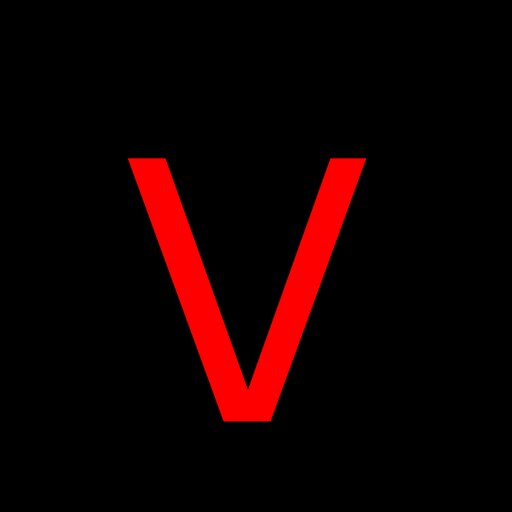 here is the link

Have it in my airport already. It looks amazing! I love the reds and blacks!