Since all sprints are improving stuff and mostly not releasing stuff to test; I finally had time to finish a decent airport this time

, maybe will build it up more later on, but its already nice for now. 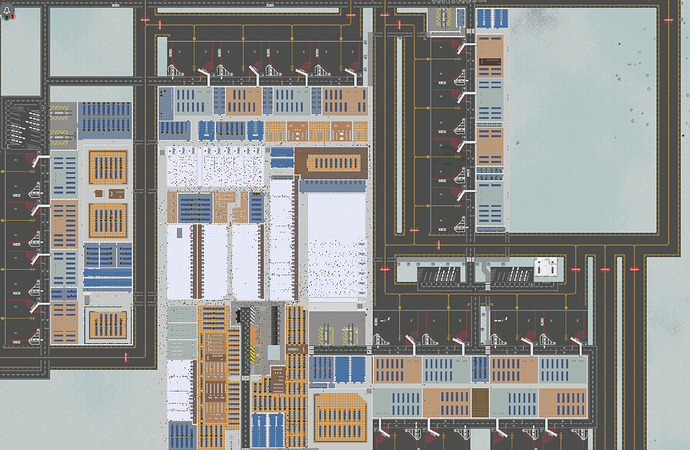 25 medium stands, all shops. based on the center of the map to lower walking times for PAX. The weather station is the middle of the total map. 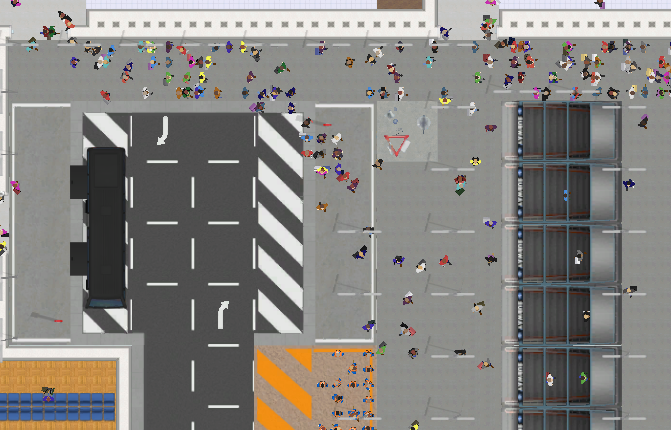 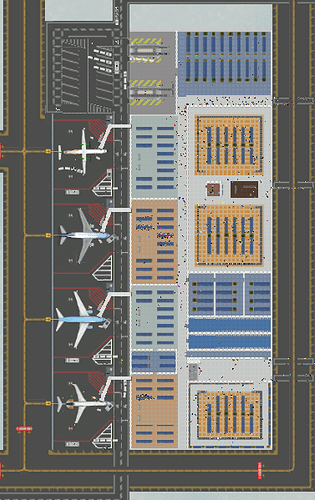 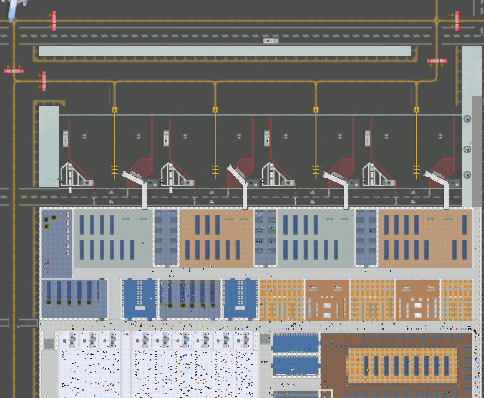 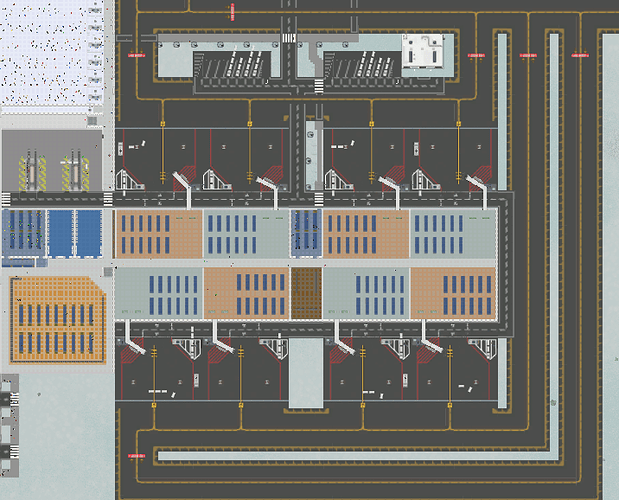 Center transport hub, most seating is used when people bulk in 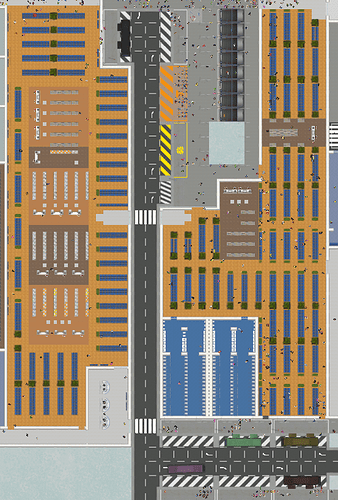 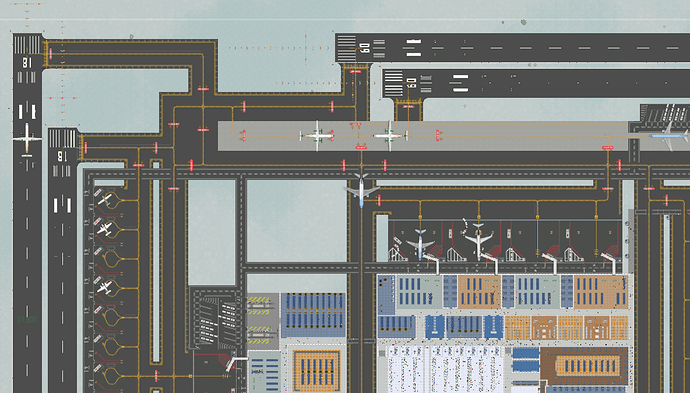 All wings have dedicated pathways to enter / park their plane, so, planes do never wait on passing by planes, they always can push out, and will wait on passerby’s on the main corridor entree point, free-ing up the stand for incoming planes.

Still have to push out 2 airliners, but will do later on, since you have to run a week to kick them out.

, who would have guessed?

I found having more stands, but vacant for longer with fewer flights per stand actually helps to increase throughput of the entire airport.

Indeed, would also be nice to have a system where we can replan flights to another stand if another plane is delayed, to make maximum use of terminal and remote stands 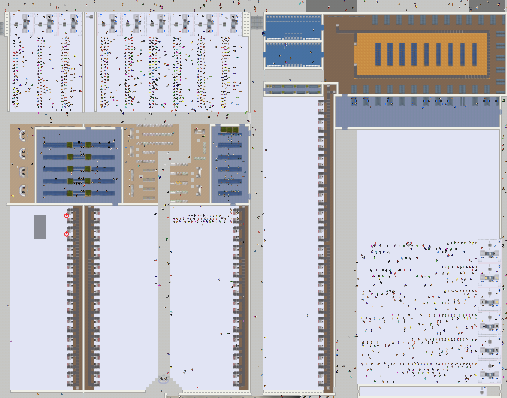 Its nice to see full queues, the airport is running smoothly, only have to renew shops now and then.

Woah, very nice build, guess you don’t mind if we drop it in the dev blog?

Seeing this really makes me miss a skybridge or something.

But it really looks great, massive!

Nope, please put it in

I really would like tunnnels for roads, then you can add more taxiways around the terminal and landing strips. 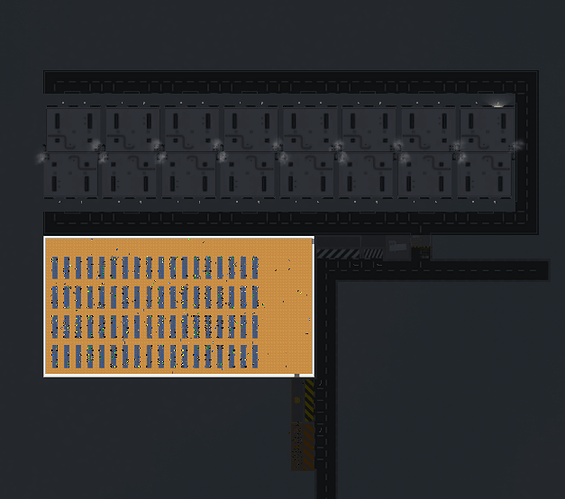 Ready to start over, deleted it all, good there is something like a savegame 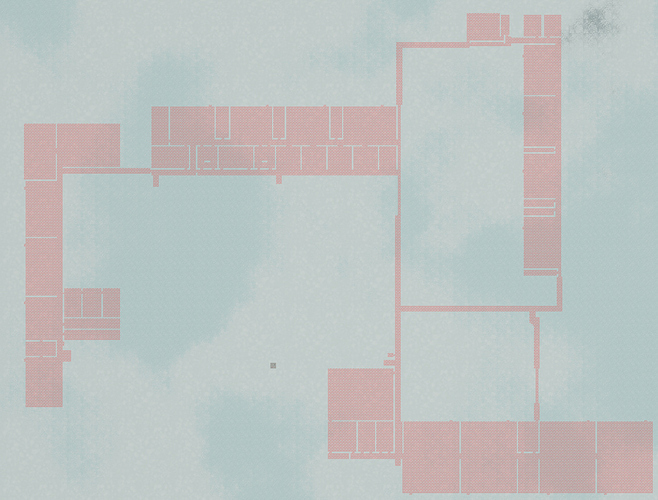 Did you literally had 16(!) vehicle depots? Damn!

Yeah mate. Forgot the amount, I think it’s like 20.

Yeah, they used to be unlimited, but a cap was put on them a few point releases ago.

Which is good and much more realistic

I do not really use the depots anymore since we have parking lots and can assign vehicles to stands. While on the matter @Olof, what happened to the ‘public’ parking lots? Thought you were working on that at some point and wanted to release them both?

Or will that be soon™

Given it’s dropped of the Trello board I think that’s more than likely a not very soon™.

Hopefully it’s in a ‘waiting’ stage that’s not shown on the board and still something to implement? Maybe a nice one for @Alexander