Trucks getting stuck at checkpoint 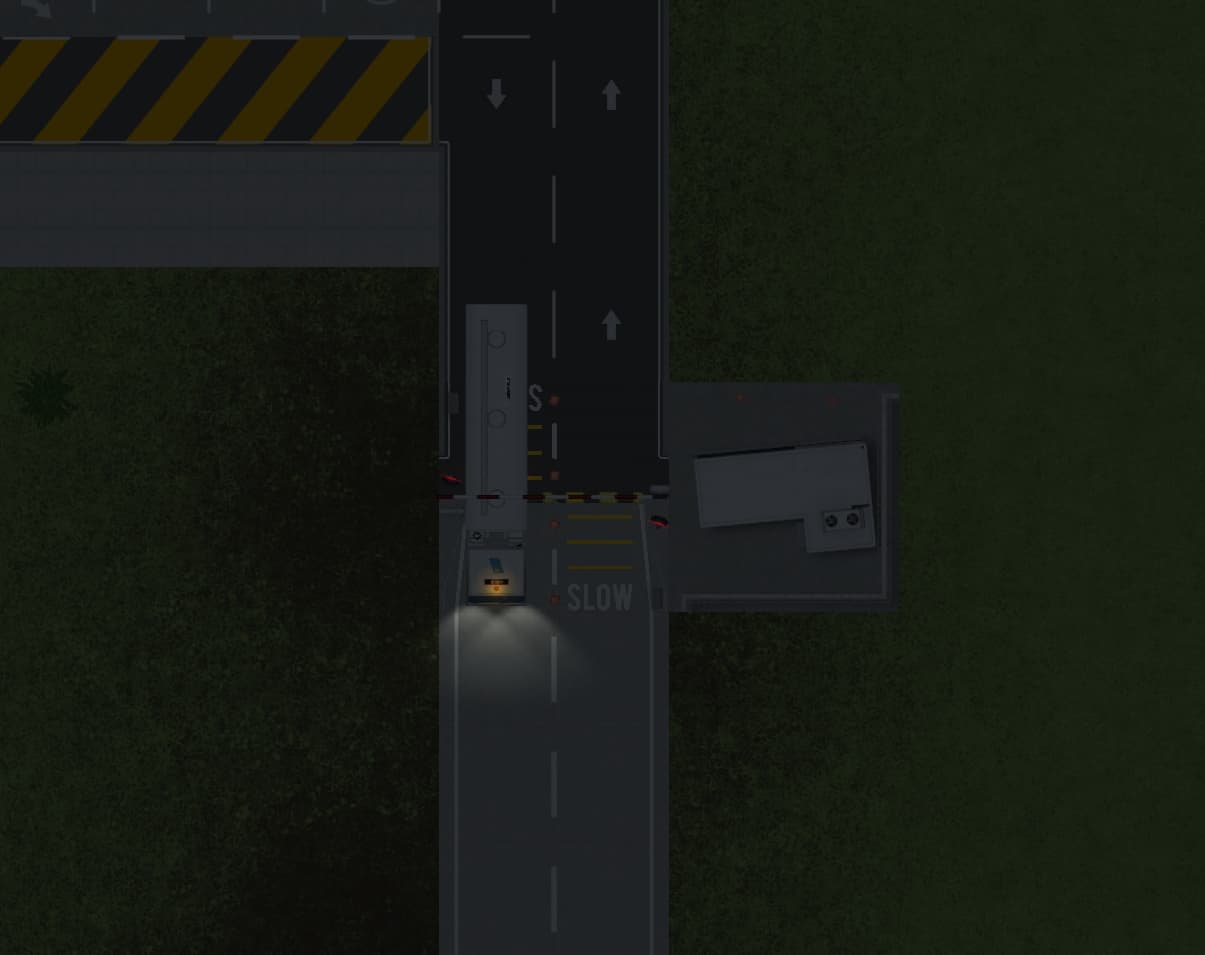 Screenshot_11205×955 35.2 KB
I try in the F10 menu reset the vehicle nodes
reload my savegame
new install of the game
Nothing works

how can we fix this issue?

Can you show us the entire setup of service roads? And if possible at daylight.

There is also no need to place road arrows where it is clear.

I have had this issue literally EVERY time i start AVGAS 100LL service, the fuel supplier truck turns around at checkpoint a few times, IDK why it does that, when I manually call fuel, it comes in, but the automatic one wouldn’t come in for a reason that IDK, but does come in after turning around few times.

I’ve had similar issues with service gates but don’t think I’ve had them get stuck half way like that. For me, usually quitting and reloading fixes it. I’ve found that it’s not wise to interact with purchased vehicles before they’ve made it to the self assigned parking lot. After that they work fine for me. If I try to grab them and assign parking as they come out of the tunnel I pretty much guarantee they’ll get stuck roaming around in the public access road section. Having multiple service gates send to be something the game doesn’t like either.

Yeah when this happens its almost always a lack of accessible roads to the destination they’re going.

Would you call this set up a ‘lack of accessible roads’? 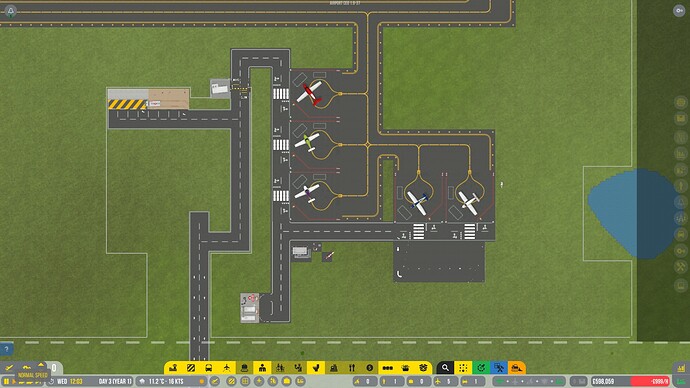 Yet the supplier fuel tankers turn round at the first junction, and the new airport vehicles go walkabout before finally deciding to go to the single parking lot and make themselves available for duty.

Are those the only stands you have for that airport or is there another area somewhere else?

Brand new airport, only got as far as the first five GA stands.

Can you bug report it and let me know the number?

There is another for the same issue reported on the 1.0 thread, MERCURY-46169. See also the follow-ups to that post. 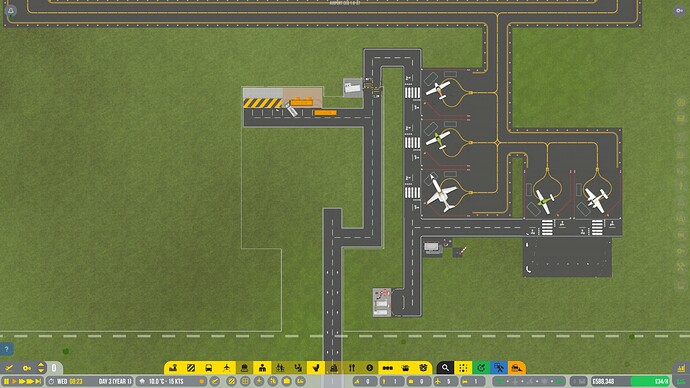 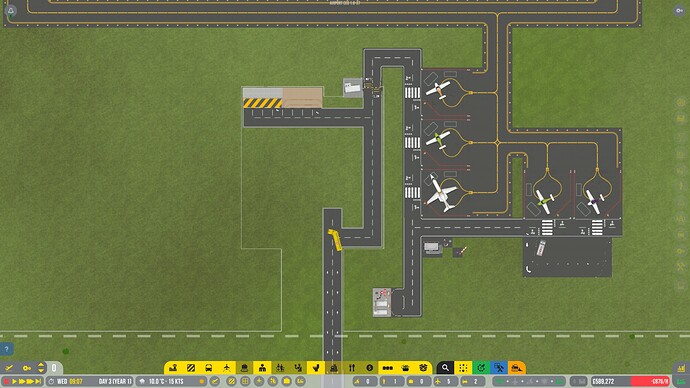 The Supplier tanker never comes back - to get the airport fuel depot filled, have to (repeatedly, sometimes) request extra fuel delivery. 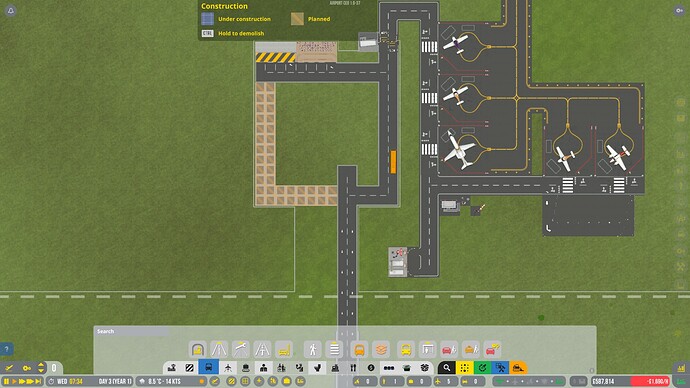 I had a look at this and was unable to reproduce the issue. I loaded the save, let it run for awhile, signed a fuel contract and the fuel truck eventually made its was to the depot. Are you doing anything special in order to reproduce this bug?

Yes, the fuel truck runs OK until you plan a road - public or service - and then it exhibits the ‘turn round’ problem.

Do what you did, but before signing the fuel contract plan and delete a few road segments…

I do have a similar bug. Truck turns immediatly after world entry and exits back again. It did - however - work the very first time, and I got Avgas delivered. But now I need Jet A1 and the trucks wan´t reach their goal.

triying to report Bug, but it doesn´t get sended:

"I don´t get any fuel deliverys, because the trucks turn back directly after they entered the world.

I have only one Vehicle Checkpoint and all roads are conntected. Path analysis works well for all small parts of the way, but not when selecting tiles before and after the checkpoint it fails…" 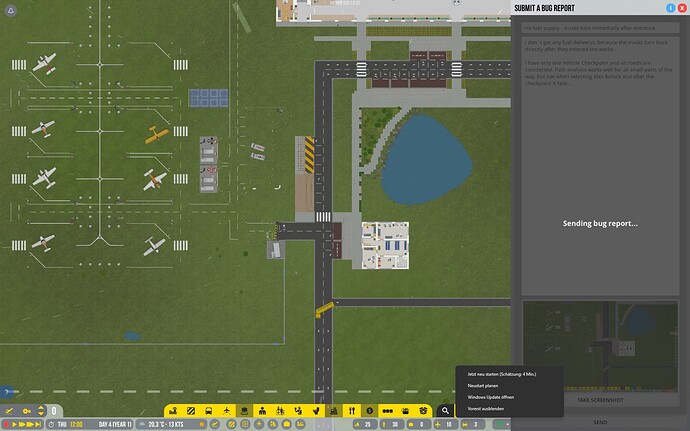 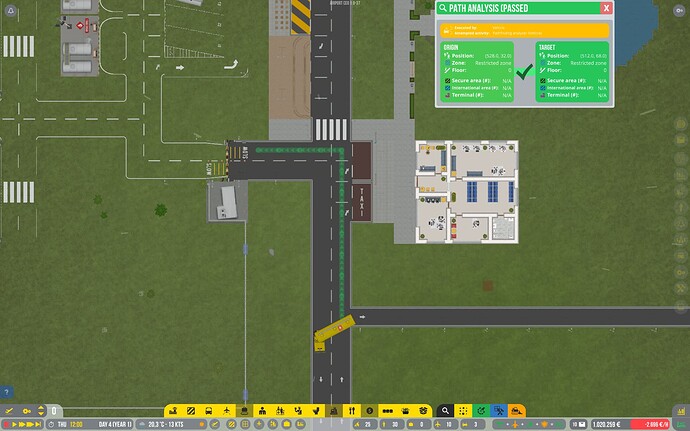 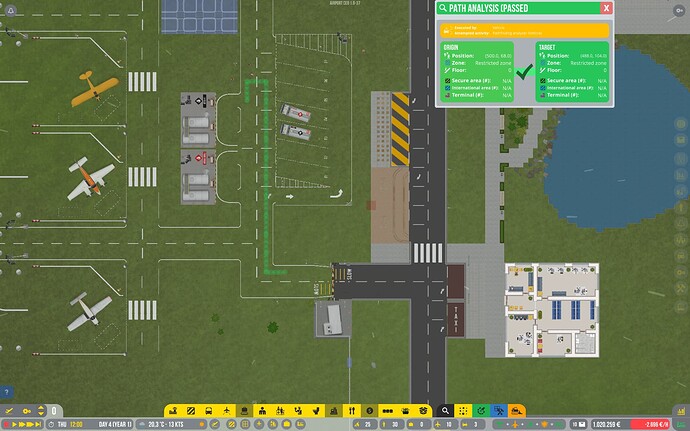 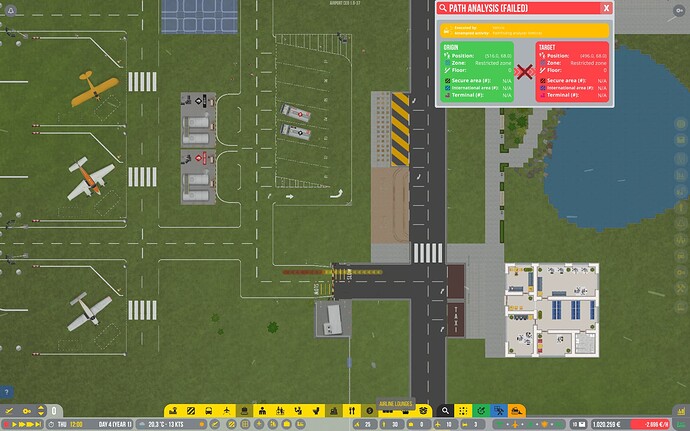 Can you remove that unbuilt part of the road and check if the problem remains?

I have this in large airports (non-official map), with a subterrean service road network, but only 1, or maximum 2 world’s entries.

What it seems to me, is that the truck tries dynamically to find the shortest path between his position, and the destination point (this probably due to allowing changing pathes by the player).

Usually, after a few “sightseing” trips, the truck finally finds it destination. Same goes for some buses, etc.

One tip is to try simplifying the service roads’ network… Not always possible, though :0))))

One tip is to try simplifying the service roads’ network… Not always possible, though :0))))

That is really one of the best tips, but indeed most challenging, when playing this game… simplify everything.