Didn´t find this anywhere, feel free to move if there is a relevant topic

This is purely cosmetic, but it would be nice to have transparent floor texture. I want to have floor tiles that simulates “no floor” on single tiles (1x1) and lets me see the floor below 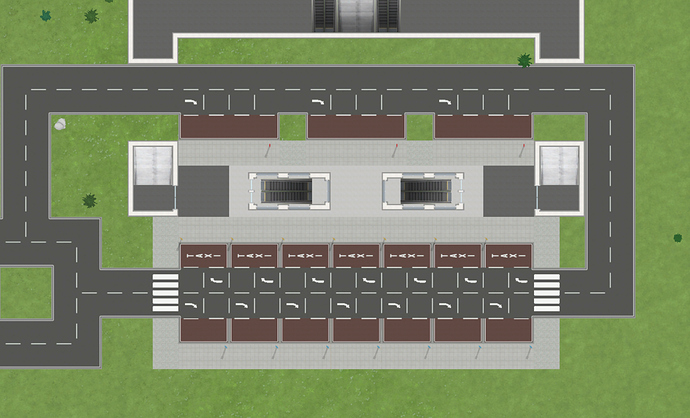 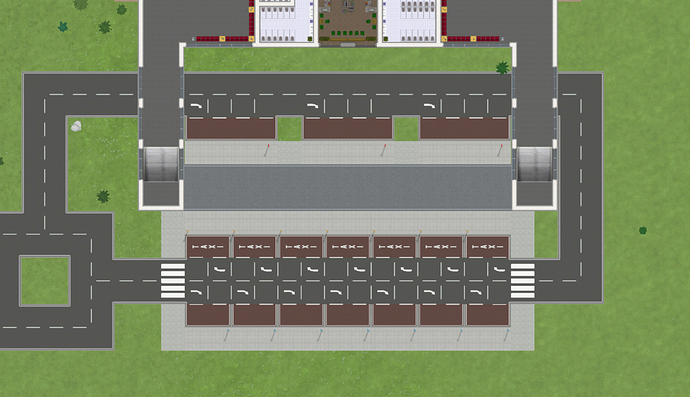 It’s supposed to be an outside area where to wait for the buss. As u can see in first picture there is no walls on the middle segment where the escalators are. but if i go up one floor to my departure level there is a roof. I had tu use a foundations since its needed to build stairs or escalators. Or does anyone have a workaround? 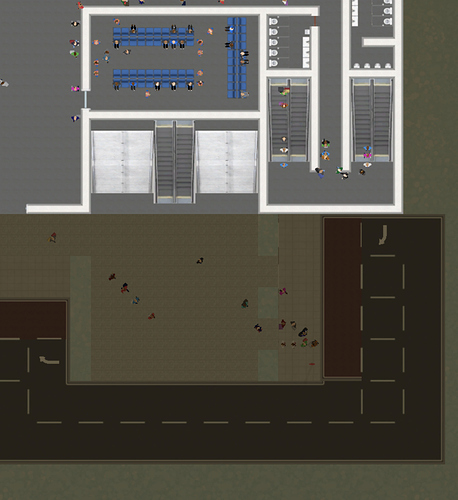 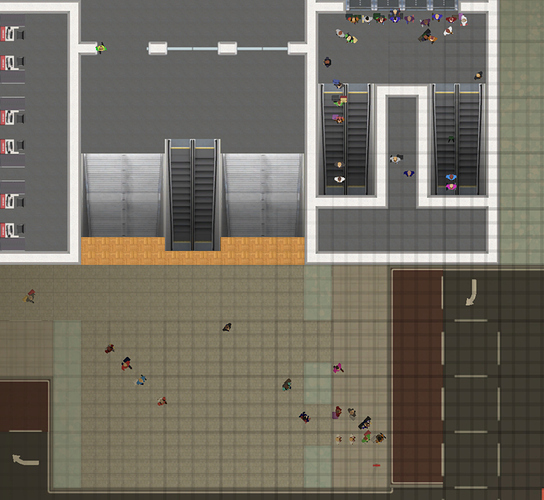 101380×1268 429 KB
Also i tried to build a version with busstops on ground floor. with regular stairs up to checkin area. i wanted the stairs to be outside going up from kind of a plaza. it worked to 90 %. I ended up with a two tile wide floor segment on the +1 floor at the “bottom of the stairs”.(made it wood so it will stick out more) i´d love to have that transparent

really great I idea. I have wanted that for “outside” terminal foundation areas too! Thanks for adding the idea

If I’m reading the suggestion right, something like this? It’s just a PS composite.

I’d vote for this!

or even without the blur. just don’t put the roof over the foundation for the see through floor sections. Because you can’t build escalators and stars etc without a foundation, with the foundation there is a roof over it. We just don’t want to see the roof in that area because it is technically “outside” with no coverings…

I live in hope

but yes would love this too.

I’m waiting for this as well. Always thinking about building an atrium in the middle of the terminal building and open escalators around it.

What about just having foundations without roof and making it optional to add roof on top? Then we could even have different types of roof like glass.

that’s another way around it

It sounds nice but I worry about performance and path finding. Also it looks tricky on a “top-down 2D view” game.

The path-finding calculation should be the same. Even if you can’t see all the agents moving around, the game have to calculate everything.
I’m more concerned about the visual effect. I would love to have a no-floor option instead of an blurry glass roof but it can be very confusing as well.

Then the placement of these tiles will be the same size as foundation. And i personally think it’s to big. I want to be able to do this at a 1x1 tile, this means i can “erase” excess foundation that i don’t want to see, and i would be able to build walls to prevent passengers from “walking in the air”.

@EG0611 I’m a SUPER NOOB when it comes to computers and stuff, but illa take an example of when u are ar +1 you can still see the roads and pedestrians on ground level. Isn’t this just because each “layer” of sprites has a different hight (z-value). What Im trying to say is that a bag on a conveyor belt is still animated even tough it’s “under ground”, right?. It’s just that the sprite is under the floor? If so, then performance wont be affected if u have a floor tiling that is “reveal sprites of under layer” if u understands…?

yes, foundation size of 1x1 instead of 4x4 or both options would be great. Then you could create diagonal walls without the excess foundation on one side.