Today we’re happy to unveil the new Airport CEO early access trailer. It’s been two years(!) since the last one and since the old one shows a, today, completely different game, it’s was time for a do-over.

While we’ll publicly unveil the new trailer on Friday and update screens and other media across all ACEO sites and channels, we wanted to preview the trailer with you all here today.

This one looks splendid! Do I spy a new GA plane in there at 1:20? Orange twin-prop with very narrow cone? Or am I blind or simply confused and mistake that for something we already have?

Pretty interesting to see where we’ve been too, starting with the oldest teaser:

… and then a pre-alpha preview: 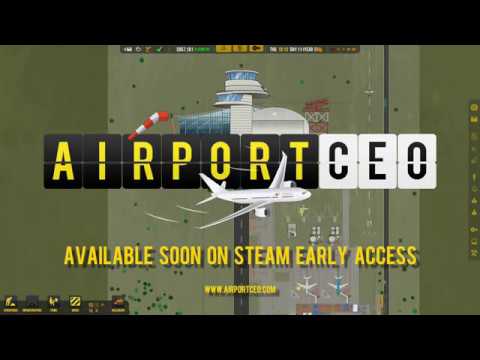 These will all be hidden on Friday to avoid confusion but certainly not deleted. A legacy worth remembering!

Like in the old teaser video there are some objects that are not in the game. Will those items be added later into the game?

There are no plans of that as of now, no. Those trailers are extremely outdated and contain asset or systems that are no longer compatible with today’s game.

Very nicely done! I think it captures the character of the game well.

It has a kinda of WOW-effect. I like it

I did spot one thing that just bugged me a little. It’s just a cosmetic thing tho. When the slider was changed from From Airport-Closed to Airport-Open, the text didn’t change. The color went green but the text stayed Airport-Closed. At 0:43 in the video. @Olof

When the slider was changed from From Airport-Closed to Airport-Open, the text didn’t change. The color went green but the text stayed Airport-Closed. At 0:43 in the video. @Olof

And thanks everyone for those kind words!

what a great development - you can be really proud of yourself. you have given so many people so many hours of play so far

Love the runways from 1st “Teaser”. They feel much bigger than what we currently have.

You can see the thresholds in the current game - you can’t have a displaced threahold (like in the early game) or see the blastpads.

I realy like the airports design! Bit sad the 747 was not in the trailer but the 380 was!

I realy like the airports design! Bit sad the 747 was not in the trailer but the 380 was!

Not every hero prefer to be advertized

Let some “not-so-heroes” enjoy the spotlight.

I don’t know but all those baggage claim layouts I see here at the forums and now in the trailer look very strange and totally unrealistic.

A flight is normally fixed to one belt and the luggage not moving to the next belt when the passenger is not picking it up on the designated belt.
Just my opinion.

The rest of the trailer is good.

//Edit: ah I see in this case it’s splitting it up… but still in the public sector