As some of you may have seen, Alpha 30 currently deployed on the experimental version features a new button for visiting a “test airport”. While we’re currently busy overhauling the game’s tutorial with @Alexander’s new interactive tutorial panel with the purpose of easing in new CEOs to the job, we’ve through various sources of feedback realized that the game could benefit a lot from having a well functioning and beautifully designed airport that you quickly can jump into to see how it’s supposed to be done! 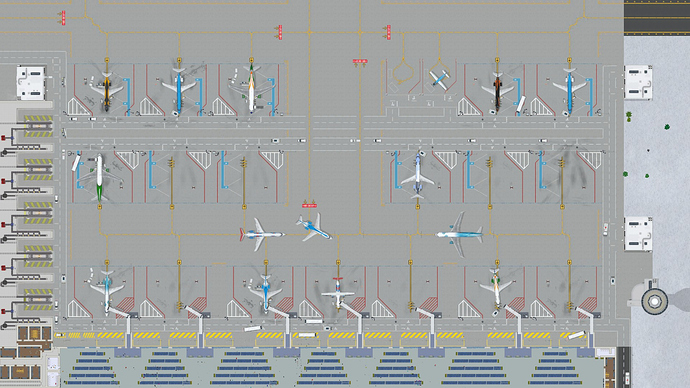 We initially intended to build this airport ourselves, but a fellow CEO alerted us to the fact that there are many, many talented airport architects (obviously) within the community and perhaps they wanted to have a stab at the task at hand!

We are therefore launching the default test airport design contests with a chance to win the epic honor of having your airport immortalized in Airport CEO, and also three Airport CEO Steam keys to share with your friends where you conveniently then can show off your own airport design from the main menu!

Participate by building an airport according to the above design rules. Once you’re satisfied, locate your save and zip them. Send the zipped files to a correctly formatted version of the below e-mail address:

This is a required step for participating in the contest as the e-mail counts as the official application.

We will accept submissions from now on until the 14th of March 2019 23:59 CET! If there are any questions or uncertainties this text will be updated and we will mention it in a below post.

Good luck and may the best builder win!

Be beautifully built with a lot of decoration, varied seating, color combinations, floor types and more

What??? My wife and son will agree… I stand no chance at this now…

Yeah that one got me too haha. My OCD wants it to be consistent haha.

I remember this screenshot

… have the website screenshot contest winners ever been announced? Never seen that.

Maybe I give that one a try too.

Is there a specific game mode (Sandbox/Regular) you would like the map to be built with?

Does it matter if the terminal-adjacent stands are with or without jetways?

Do you think it is okay to build an airport for this purpose while multi floors are coming? I mean when there are multi floors, everything and especially the way how we build airports will be changed.

Sandbox mode and quick build is definitely fine! We may adjust the save later though and remove these, but it’s allowed during construction of course.

Does it matter if the terminal-adjacent stands are with or without jetways?

Nope, that’s for you to decide!

I remember this screenshot

… have the website screenshot contest winners ever been announced? Never seen that.

Looks like we never officially announced the winners there, will have to rectify that in the post… I guess December was a busy month!

Can we also edit our board members names in the savefiles/?

Sure, as long as they’re suitable names!

OMG, you know someone is now going to have execs with names of Olof Fredrikson and Fredrik Olafsson

Can our airport’s IATA code be the same as an existing one?

Can our airport’s IATA code be the same as an existing one?

I think IATA code should also be fictional;

Have a suitable and fictional , airport name and CEO name

Yeah, should be fictional as well, but can be allowed if the associated full irport name is very different compared to the original name of the airport with the same IATA code. I.e, Apoapsis International (LAX) would be fine (but perhaps a bit weird), but not Las Anglées (LAX).

I am considering participating in this, but I am not too sure of what kind of design you would like to have. What type of detail do you want or need. What you want the airport to be capable of. An example airport would be very nice. Also, I do use some strange designs in my airports, so I assume I will not use them in this case. Here is an example of my work. 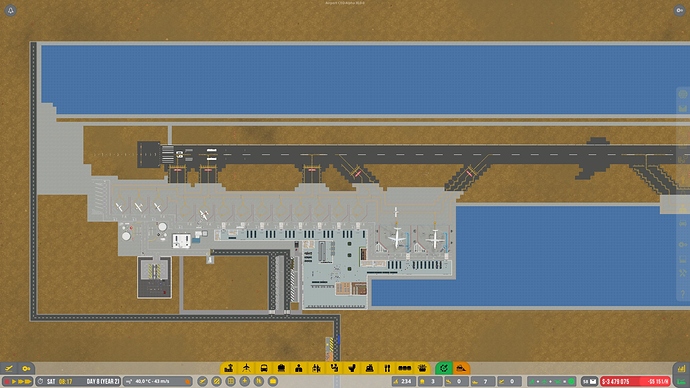 This screenshot shows why we need diagonal taxiway pieces

Oh they are there actually, but they were too short, so I had to extend them somehow

@Matex you probably refer to the runway exits. I actually would like to build diagonal taxiways