Hello, If you love modding aircraft Liveries and want an EASY and FAST way to check how your livery looks on the aircraft IN GAME without the wait time for your aircraft to show up at your airport, YOU HAVE COME TO THE RIGHT PLACE! 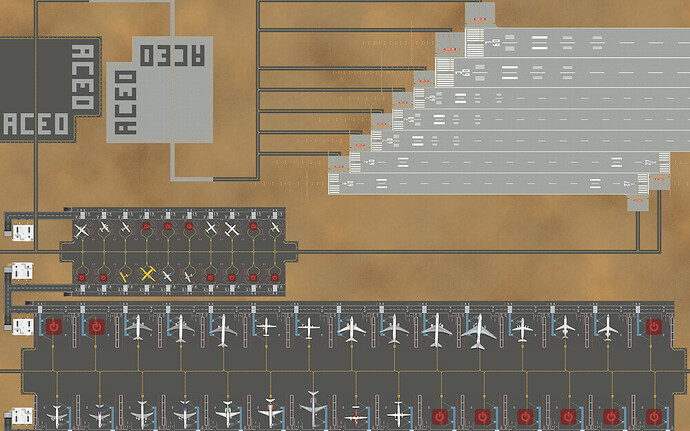 This airport and contracts I have created (links below in the instructions section) have every aircraft in the game (as of Beta 7) at the stand already. All you have to do is move your Aircraft Mod Image and LiveryData.json file into the corresponding Test Airport (v Jan 2021 Beta 7) Aircraft folder and then open up the airport and WaaaLAA, you amazing livery work is ready to view at the stand. There is also a screen shot area at the top left of the airport to take a picture of your livery!

I have used 7 runways to allow all the aircraft to land ASAP so they all get to the stands before any need to start leaving. I have the Large land first, Medium land 2nd and small land last. This works best in the schedule.

I have also turned off anything that is not needed, ie Ramp Agents, Fuel etc… to make loading time as fast as possible.

Stands that are turned off are for new aircraft expansion and for aircraft we are pretty sure are coming in the near future and thus are place holders. I have named some of the turned off stands for the aircraft that we are waiting for!

if you accidentally save the game after the aircraft have left. Thats okay, just use Speed 3 and let the next set of aircraft in the schedule land and pause as soon as all of them are at the stand. Then Save again. There is about a weeks worth of scheduled flights for this reason (as well as when you need to add new aircraft we get in the game!!)!!

I also set the Passenger Ratio to 0% so that each flight only has 1 passenger arriving and departing so if you need to add any schedule flights for any reason down the road, make sure you turn the passenger ratio to 0% before you do so otherwise there will be major back up with check in and boarding as I used the smallest amount of checkin and boarding stations and minimal staff

Instructions to setting up the Test Airport and Test Contracts 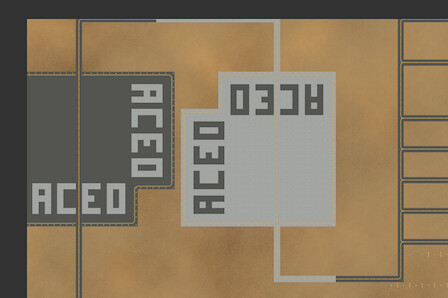 Make sure you do not save the airport when you are done looking at your liveries so that when you open it next time the aircraft will be at the stands waiting or you!

If you have any questions or corrections please let me know below. I will try to get back to you ASAP to help you out and add any corrections to the instructions above for the future!

I’m fairly new to the game, but aren’t you able to spawn aircraft using the F10 Console? This would be easier, and unless you can’t spawn the custom liveries, I don’t see why you couldn’t use that.

cause it is not working on modded planes…

futhermore, if you have a big airline, it is qay faster to load airport and all planes are there… i do screenshots on stand and pick just one aircraft for steam logo that i send to the screenshot area

yeah I don’t know how to get it to work with liveries we have made.

And also, it makes it easy to have all the aircraft in your fleet to show up at once. Its a simple copy and paste into the folders and then load this airport.

its the fastest way we have found as we are constantly checking our liveries in game to make sure they look good before we upload them to steam and we have to do this sometimes quite often while making small adjustment.