In the video we got to see some taxiways and a runway. I got some remarks I would like to discuss.

First we got the lines where the runway and taxiway meet. The lines should begin and end at the edge of the taxiway. 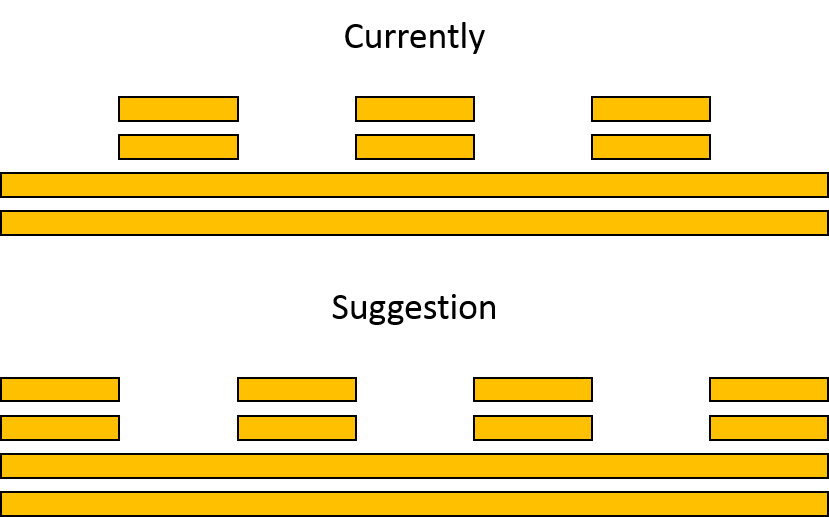 A nice addition would be taxiway signs next to the taxiways. These could be placed automatically or by the player. I would suggest two sizes. Since the view is top-down you cannot see what the sign says.

Then we got the intersections. (I mentioned it in a reply to a devlog however it never got discussed so I included it here.) I think the “triangles” are to small. Might only be me.

The center line lights (green) should be next to the line. The reason is that the pilot should be able to drive on the line without driving over the lights. The lights before the runway should be red instead of yellow. If you want to get really detailed the red lights should be turned of when ATC has given clearance.

If a taxiway connects with a runway close to the edge of the runway it is enough with the taxiway turning away from the edge. Also I have a question, can you connect the taxiway with the end of a runway?

It would be nice if taxiways and runways could not be placed too close to each other. Two taxiways can be closer to each other than two runways or one runway and one taxiway. I would suggest a line from existing runways and taxiways. Maybe you could ask for permission if you want to build closer than usual. 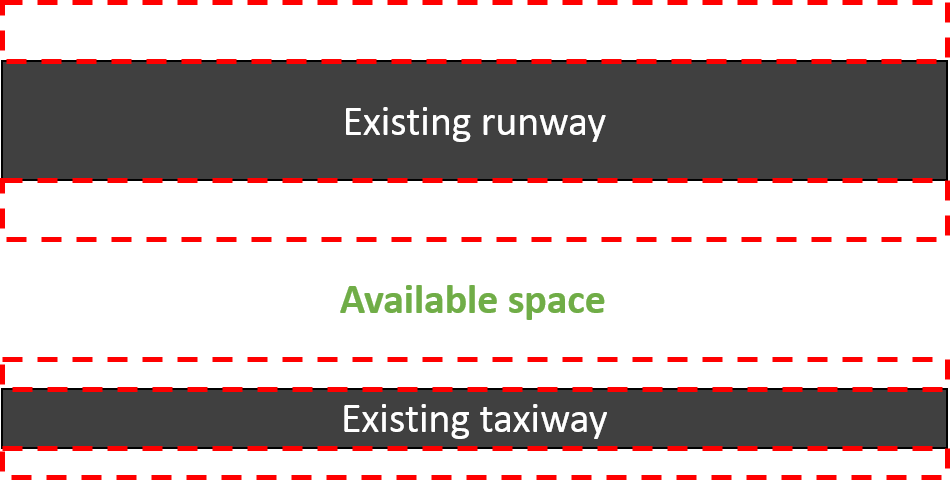 All of this are small details which should not be given priority however they could be fixed at a later stage. It is possible the devs have already thought of it but have not implanted it yet.