After doing a lot of fiddling about on old airports, decided to start over with a different design. I have planned out exactly what the first Terminal will look like, so let’s see how it has to change as we go on…

Staverton Airport is a small airport near Cheltenham, Gloucestershire, UK, but is known as Gloucester Airport and has the IATA code GLO.

The first Terminal will handle small and medium Domestic flights, and will be built into the left half of a 3x2 playing area. I started on Difficult setting with £1 million, needed to safeguard the area to the left of the start area, so bought that straight off and left myself with just over £250k to start the airport. So grass everything was the order of the day, except for the angled off-ramp, as this doesn’t come in grass. Spent everything except about £10k to get this far. 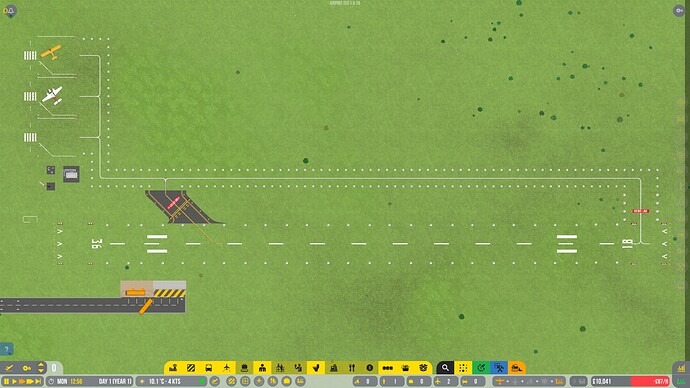 Slowly does it, gradually adding stands as the money accumulates until the whole GA area is built. The top two stands were incorporated into the Terminal as Gate A01 and the Emergency stand. 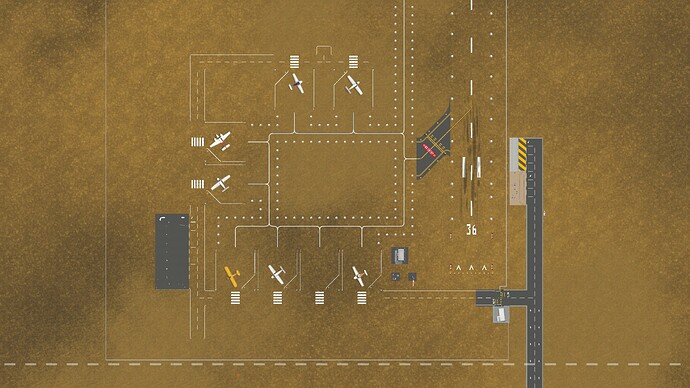 The Contractor Depot and Bus area were moved off the main road, and a starter Administration office built, to get the Commercial side kicked off. 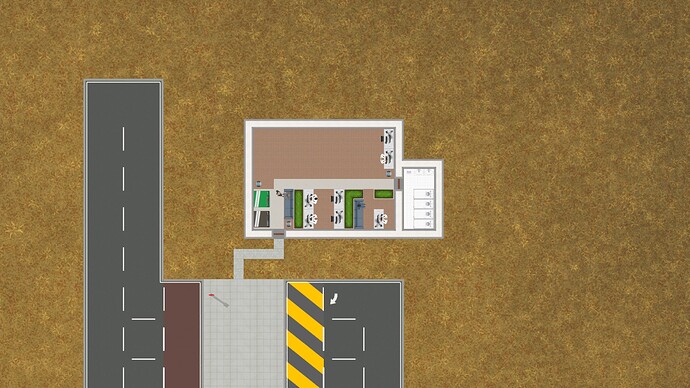 At the end of play today, Staverton now looks like this… 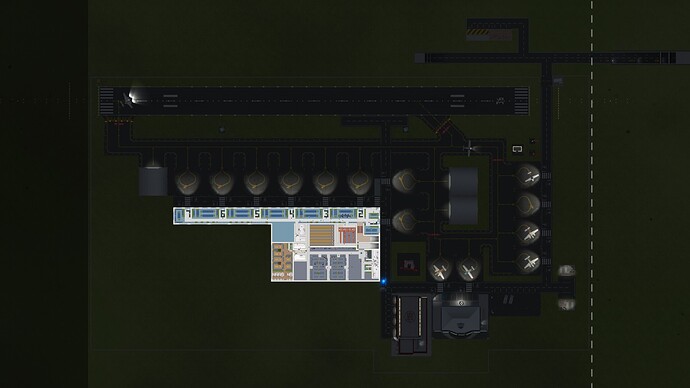 I’ve signed up a couple of the Vintage airlines to see what their planes look like. 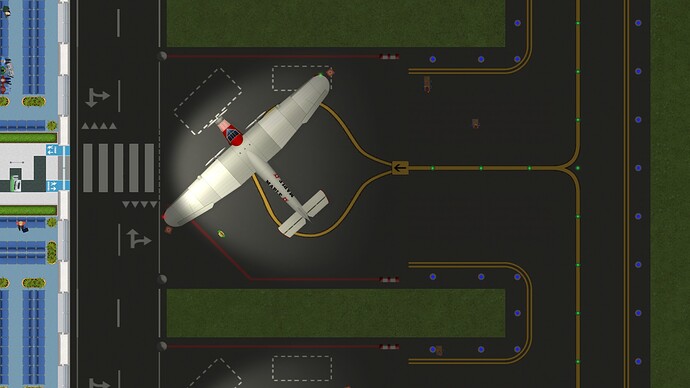 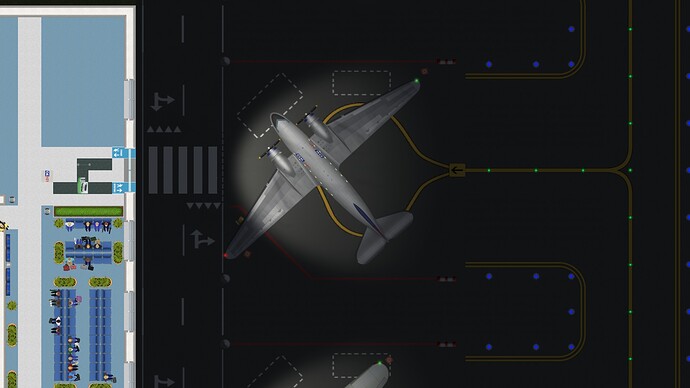 …and of course, starting off your airport inevitably comes with the now-obligatory Volcano Ash incident… 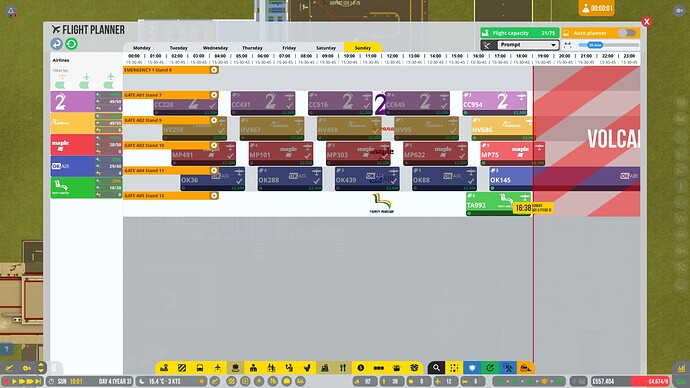 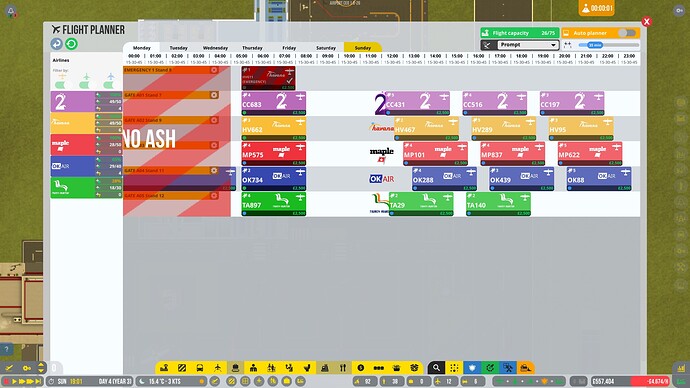 and of course, starting off your airport inevitably comes with the now-obligatory Volcano Ash incident

Whats life without it lol

I guess I’m lucky and have yet to experience this event. Will have to see when I open my own airport again and see if it happens lol

The past couple of days have seem some planning and progress on the Medium stand extension to the Domestic Terminal. At close of play the runway and associated taxiways had been built, three medium stands installed (one a Vintage stand) and the Terminal building extended on Level 0.

This extension contained the three gates (one for Emergencies, currently hasn’t been used), a temporary Security area and four medium check-in desks, which are in use for the medium flights, but are occasionally allocated to flights from the small stands, which entails a bit of a walk for the PAX on those flights. 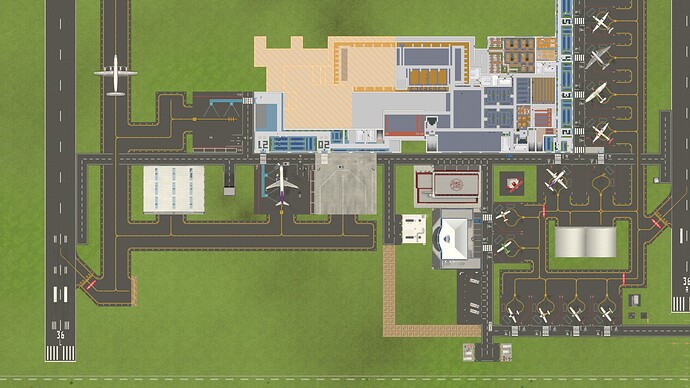 It’s interesting to compare the Old with the New… 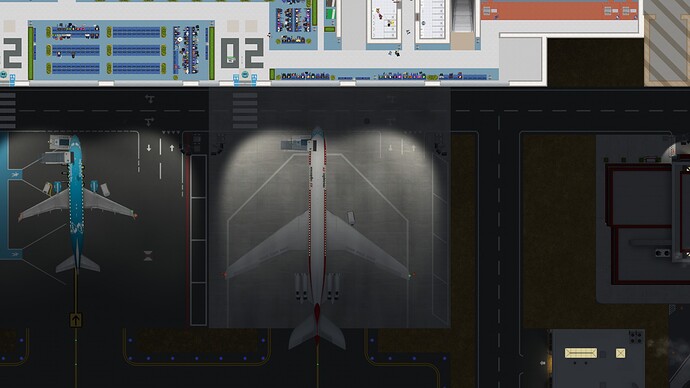 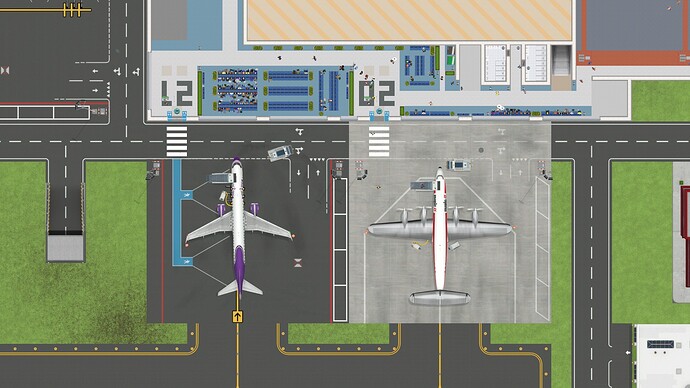 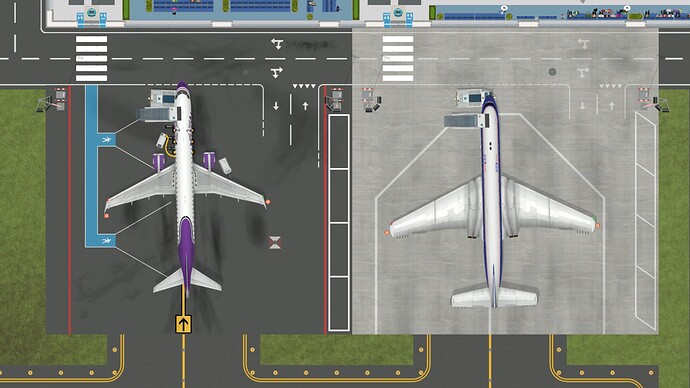 During the couple of days, I had two Fuel crises, which on the second, resulted in me suspending Jet-A1 fuelling. When the crisis ended and the fuel depots needed refilling: 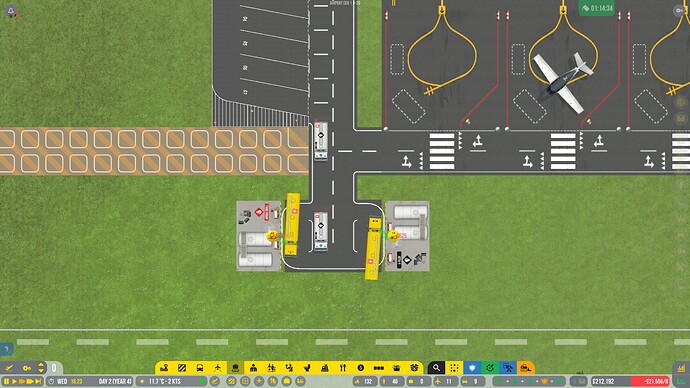 …and the biggest bit of nonsense I caught - dude, you’re already in the staff room… 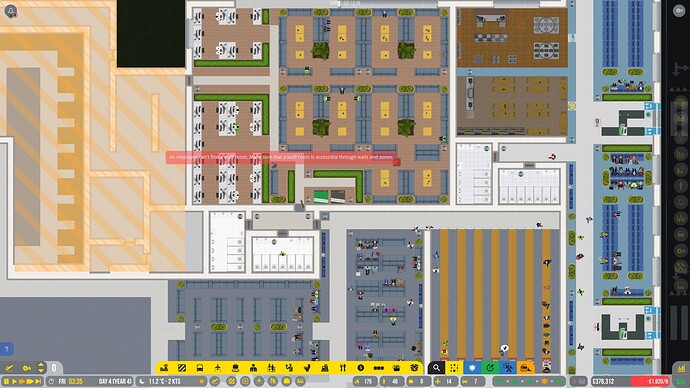 No desire to join the 50 million pax challenge?

Seeing as this build has just passed 60,000 PAX, not any time soon… 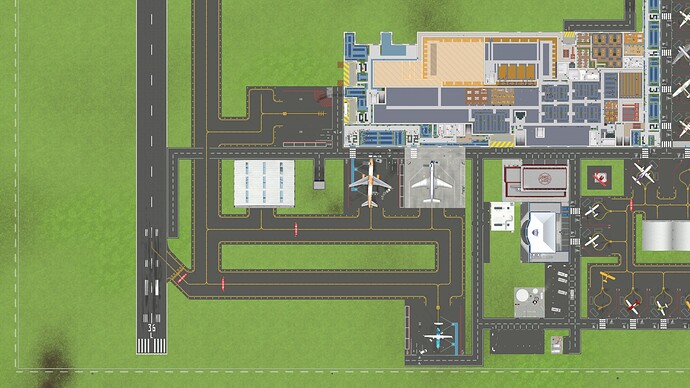 Security is now on Level 1 with a direct stair from the Check-in area, and the original Security area removed; a start has been made on the Administration Offices. 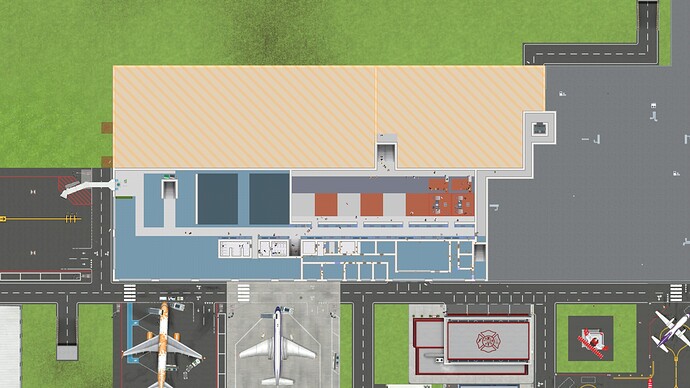 On Level -1 is the Baggage handling system, Baggage Claim and Passenger Transit area. 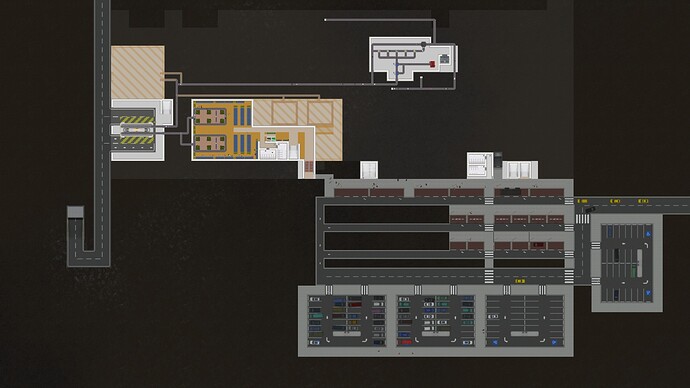 Slowly, as I am currently on Jury Service so my days are not my own…

Extensions to the main terminal have added a few more stands: 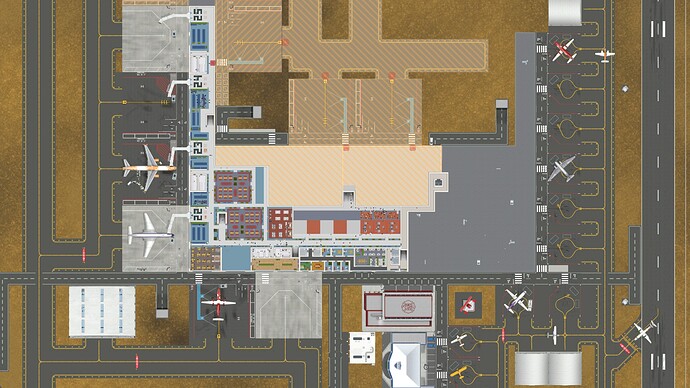 The airport has been hit by two Volcano Ash incidents in two game days: 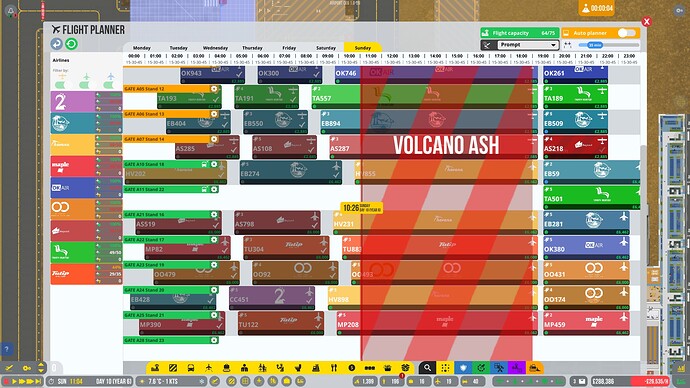 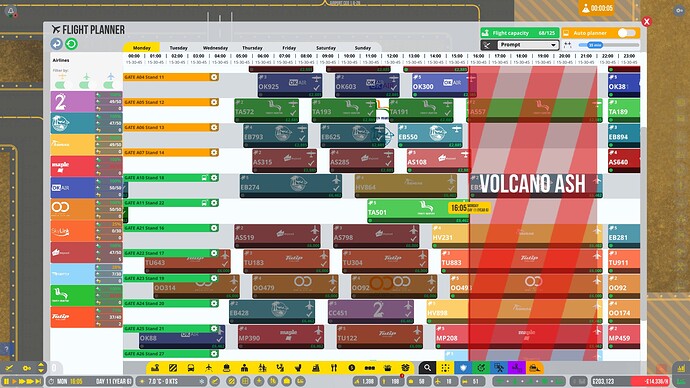 And the current state of play, with a second runway having been added for departing flights - the original runway is now arrivals only. 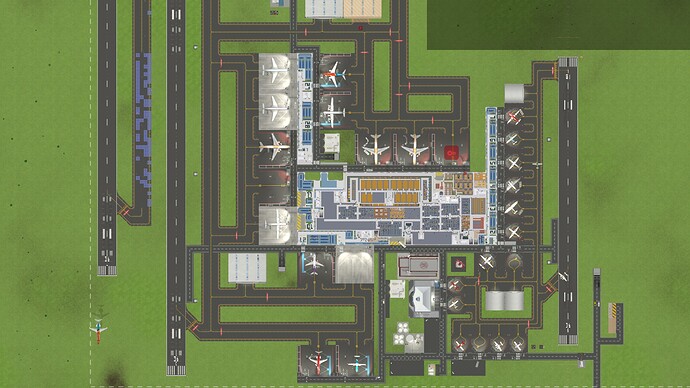 New hangars are being added at the other end of the Terminal, the original one will be removed and the Control Tower moved to that site.