Spencer H. Clark International Airport is a career mode airport located in Atlanta, GA, United States of America. It was designed as a secondary airport for the Hartsfield Jackson Atlanta International Airport, which is starting to grow too big for the surrounding area. The airport will be built in phases, each of which will be added here as they are built.
PHASE I 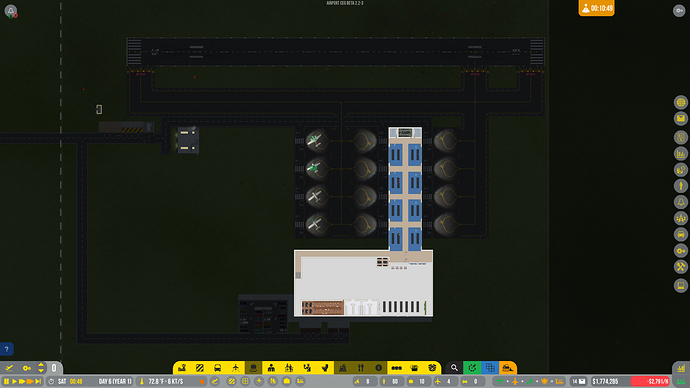 Good luck in your new adventure!

I wait for news and new screenshots with a lot of detail.

Currently, Spencer H. Clark International has 8 small stands, labeled A1-A8. The current phase was designed to handle the larger aircraft, such as the SAAB 340 and the Beech 1900D. 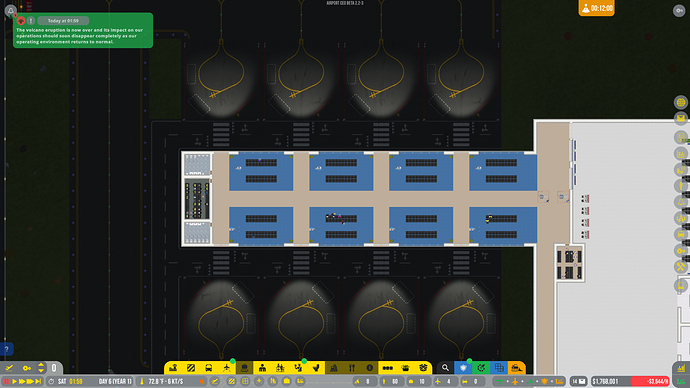 Screenshot (11)1920×1080 487 KB
The end of the terminal on the right is used for two restrooms and a staff room. If you’re looking at the last image and wonder why the terminal seems so empty, it is because the terminal was designed to accommodate future growth without a costly expansion of the terminal. 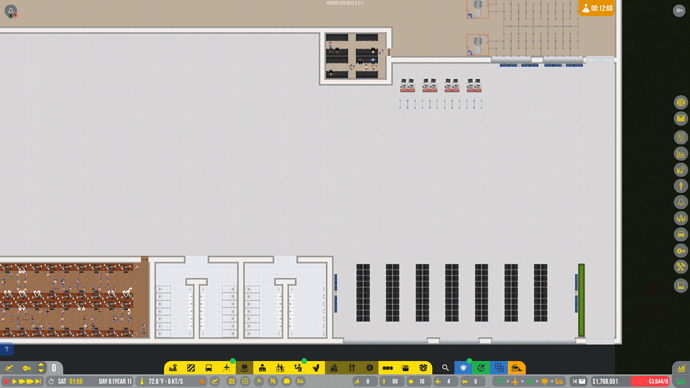 Screenshot (14)1920×1080 737 KB
Upon arriving, you will sit on the gate seating until it is time for your check-in. The restrooms on the left seem big, but as with the terminal itself, they were designed with future growth in mind. The staff room on the left has 40 office desks, along with seating in multiple areas for when staff needs to rest.
1 Like
ATLAvgeek October 23, 2020, 12:41pm #4

Feel Free to add suggestions, and let me know how what you think! Criticism is allowed, even if it’s destructive criticism. @Olof do you have any requests or suggestions?

@OctavioA You asked and I delivered.

Greats advances of the build of your airport!