Airline Description: The airline was founded in 1980 by a wealthy businessman called Chris Knight, in the UK. It was created to increase the business class sector which he believed was too small, being a well-known business man already and finding it hard to book these flights. Today it is owned by his son and mostly flies between major cities in Europe, the US and Asia. It is well known for its expensive interior and new ways of thinking. 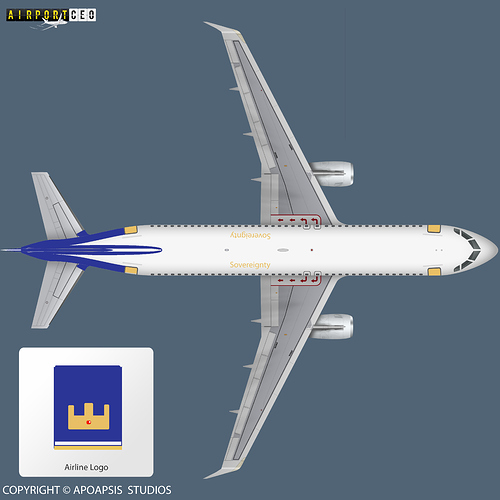 Devs asked no editing on wings.

Thanks I will change that quickly

I have edited the design so the wings aren’t edited