[SOLVED] Contractors do not work

So I’ve workers that do not longer seem to work and is causes the whole process to come to an hold. I’ve submitted a bug report; ACEO - 36031 iirc.

So I tried to replan the new object, reselect the objects that need to be demolished, dismissed al workers, hire new workers and even take a new contractor.

One thing I found out, if that they visually arrive at the site, they do not really arrive if I look at the deployment numbers “Ingezette aannemers” in Dutch.

Does someone have an idea how to fix this? I can`t seem to figure it out. 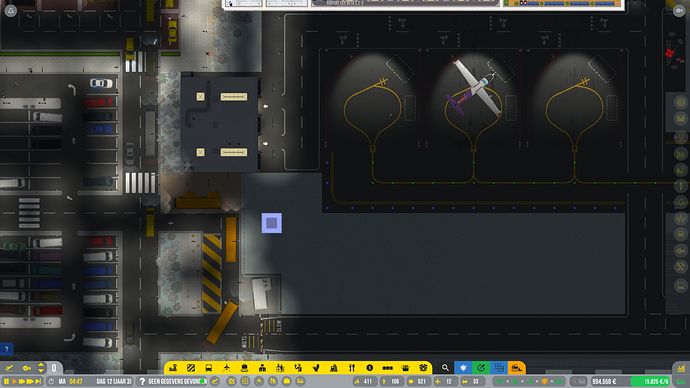 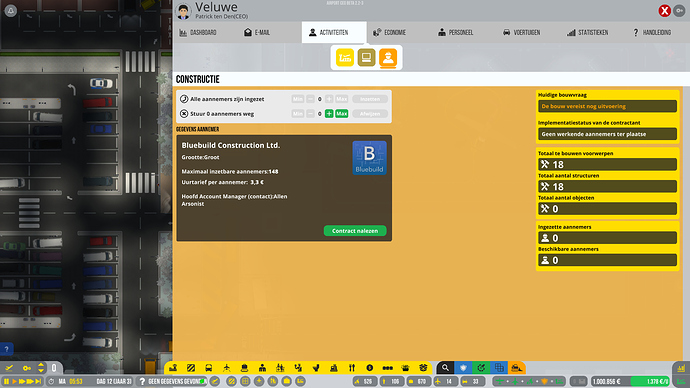 As of beta 3 which will most likely be deployed on the experimental branch today, there are major changes in both the building system and construction system, but also the traffic and delivery systems, so I’d recommend trying the new update when it’s out to first see if these issues persist. If they do, I’ll of course take a look at the save but since there’s such a big difference between beta 2 and beta 3 at this point I think we’re all better off with trying it in beta 3 first.

Yeah, so I reloaded some old autosaves of this airport and tried to replicate the problem, but it seemed I couldn’t. There are still to many busses around, but the contractors still seem to work. Currently I`m not on the experimental branch.

There are still to many busses around, but the contractors still seem to work.

I don’t fully understand this sentence, what exactly isn’t working as of beta 3.1-2?

The issue was that there are always 3 contractor busses waiting on site, without me adding er removing contractors to the airport. Even in beta 3, 3 busses congesting everything.

The 2nd issue was that I could not get the contractors to work. I loaded an older autosave, tried to re-create, but I failed. So the contractors are working now. But the original save file is busted completely.

All right, I see, obviously a lot of changes going on right now with the construction system! Could you bug report the save with the congested contractor shuttles on the latest beta and I’ll have a look?

This savegame also has the every 5 - 10 seconds stutter in it as in this topic was mentioned.

But this didn’t start since last update, this also happend on Beta 2 (before that my last play was Alpha 20 somewhere i guess) The airport only has 500 passengers Specs: I7-8750H 2.2 ghz (in game running at pretty high frequency and temperature on 4 of the 6 cores up to 91 degrees C) Normally this happens on games like GTAV and Tomb Raider on…

This savegame also has the every 5 - 10 seconds stutter in it as in this topic was mentioned.

This stutter is most annoying, when dragging out an object, like a security zone or a hedge.

I have identified the issue here and the shuttles continuously arriving and the stutter is related. The shuttles keep arriving because there is a contractor somewhere who is trapped, i.e. not able to find their way back to the drop-off site. The stutter is caused by the pathfinding system trying to calculate a very long and complex path that in the end fails because the contractor is trapped. In most cases when this happens it’s because there’s a long perimeter fence sealing this contractor off. ACEO-36622 planned for work this coming week will fix this and in beta 4 we will introduce fence gates but if you want to temporarily solve this yourself I recommend deleting a small part of the fence that’s blocking the contractor so that they can make it back. Once that happens the stutter will stop and the buses will eventually stop arriving.

Well, this was surprisingly easy fixed!

Never seen those 2 contractor’s behind the fencing. Opened it up, stutter gone, busses gone! Thanks!