Small Stairway Cart (or Trolley) for CRJ, ATR and even BAE for Remote Stands

So what I mean are similar to these; 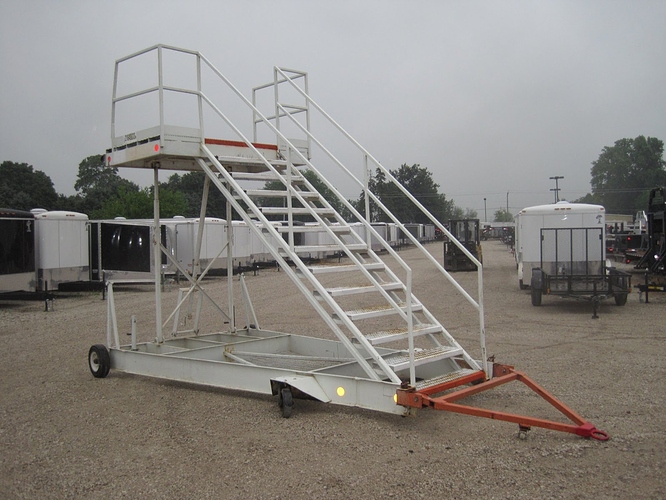 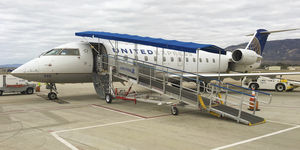 Currently ATR and CRJs don’t need ladder truck because they are low airplanes but still PAX pass through airplane door while boarding and unboarding. So my idea is adding such a ladder object in game and on remote stands, like how GPU and APU are, it will suddenlt spawn and when airplane pushesback, it will disappear. Also with small top cover, like how ladder truck has, the closed airplane door won’t be seen.

Usually CRJ and ATR use their own stairs. The stair in the third picture is more something like a “maintenance” or “catering” stair, not for pax. So in my opinion for these kind of aircrafts no stairs are needed in game.
However, the BAE aircrafts definetly use external stairs.

The thing is because airplane doors don’t have animation, it seems PAX is passing through clodes door. That’s why there should be a small stairs with top covered.

The thing is because airplane doors don’t have animation, it seems PAX is passing through clodes door.

Or adding such animations/stairs into the aircraft modell itself?

Or adding such animations/stairs into the aircraft modell itself?

That will break all aircraftt liveries and animations. Also modders and devs have to create multiple versions of aircrafts and liveries.

I’d guess, not all aircrafts, but just the small aircrafts with own stairs. These aren’t to much of them yet? Isn’t it just a open door/stair needed to be added per livery, no complete overhaul?