I’ve noticed that contracts only appear where they are equal to or less than the rating of the Airport - good so far. I’ve managed to raise my airport to a 4-star rating and seen new 4-star airlines generate, but noticed one omission, based on the aircraft types that they use. On checking the .json files, I see that SkyLink doesn’t have “businessClass” entry in the .json file, compared to the others, ie Allure: 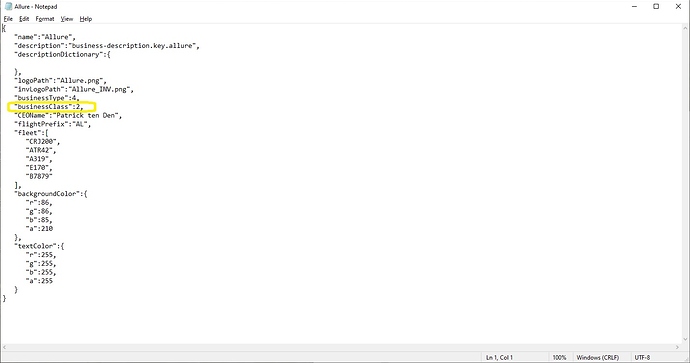 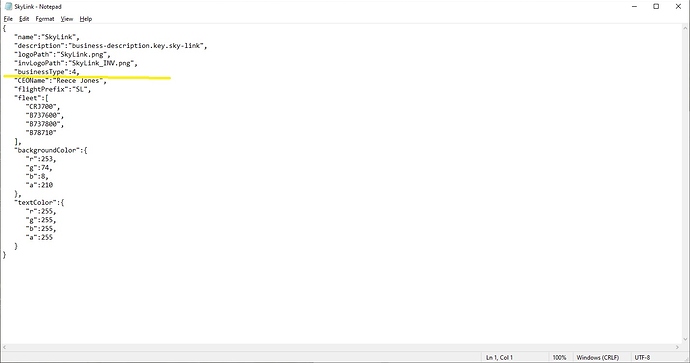 I can’t submit this via an in-game bug report (as far as I can see), so pushing a topic here…

The class affects only the rating. Is the entry missing, it’s automatic a 2 star contract. Same logic is used for older mods without that entry.

The type 4 defines that it is an airline.

As a manual fix you could add the entry as well yourself.

In which case, it should have appeared in my 4-star Airport?

Yes, I can and have, but for the benefit of all other users, I have reported it so it can be developer fixed.

I understand your rational for the sharing

and did you re-new the contract once you’d changed it? If it was already an accepted contract it would not be updated.

No, It hasn’t appeared previous to my posting here, so I haven’t been able to sign a contract with them. I’ll check later and see whether they now appear in my airport.

Update: I had copied over the line from the Allure json file to the corresponding place in the SkyLink json. When I opened up ACEO earlier this evening, after a few minutes a SkyLink 3* Airline contract appeared.

I’ve been wondering about that too… I’ve had a report of mods not showing that have not been updated.

Your mods aren’t updated @Rubble and I’ve saw them apearing. But that was on Sunday when I last played.