Sidewalks should be added either as default or an option for public roads and stops. For beginners this can be an issue and I would imagine for veteran players trying to map out their airport this would be a bonus. Of course sidewalks should still be a standalone also, but with sidewalks as a part of the different stops and roads, you would be able to make more clean connections, around the outside. This also helps when you are trying to make a better terminal without destroying the first terminal right away. Plus at the current rate it would be harder to have a small sidewalk to sit between your stands and terminal meaning instead of just having the current 8 square distance it would have to be 12 to keep the sidewalk and stands flush with the terminal.

After returning to this game recently and skipping the tutorial I mapped out a nice terminal, then made a second terminal separated by road. After overdoing my bus and taxi stops I began to have crowds sitting at the bus stops and technicians who could not make it to the benches to repair, even though the stops were right next to each other and looked like perfect sidewalks. This went on for a couple of real days. Having homeless people at bus stops and many people never going to their flights even though the airport was still profitable. I only happened to find out they were not properly connected when I made a door through the bathroom to the bus stop. After adding a sidewalks to connect both terminals I found out how bad the situation was. Having a line of over 200 people all going to Krane’s burger. 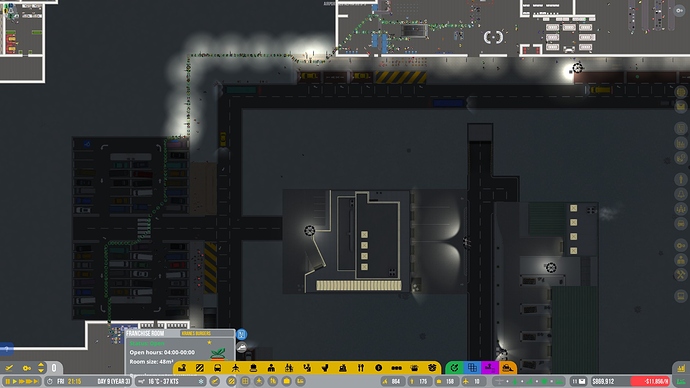 Steam Community: Airport CEO. Krane's Burger is Popular. The line goes from the bottom terminal to the top terminal.

I also tried to build a 2nd terminal, but if it is still possible to distribute personnel between them, then a question arose with the distribution of passengers.

About traffic between terminals. In Dubai, I decided to go to the international airport at night not by taxi, but to walk from the Deira area. There are no conditions for such walks. If I hadn’t been nimble and mobile, nothing would have happened. In addition, I had to think about how to get through, find a way, but I never met such lovers of walking there.