When starting the game security is working and passengers go through. Shortly afterwards, passengers stop using security and going through. Why? 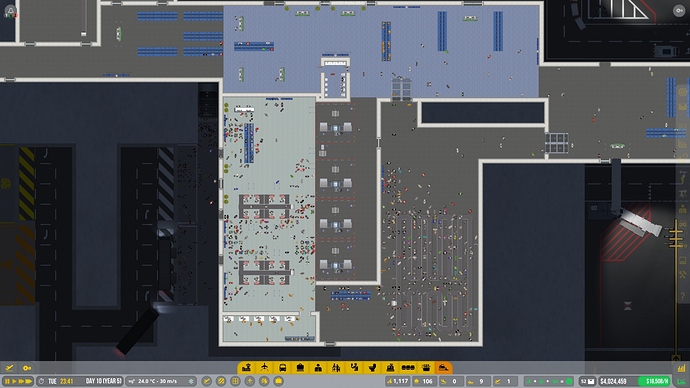 I think it’s a bug. Let’s see if it will be fixed with the next update.

I’m not sure though, if it’s triggered if you’ve got to less security staff to do a shift change.

@StarshipUK is it experimental 28.1.8? This version has a bug on security stations go strike and devs will fix it in following versions.

We’re looking into fixing this issue today, an update will be published on the experimental branch when it’s sorted.

I’ve seen it too, closing the security station and re-opening it to get a new staff member fixes it for me for now untill there is a general fix.

I believe the issue to have been fixed, cannot reproduce it anymore (was probably crushed when I fixed our boarding bug) but if it still happens in 28.1-10 I want ya’ll to let me know!

All right so the update is out but it’s so random happening over here that we need more to test it… please file a bug report if you still have this behavior in the -10 update.