Airline Description: Scandinaviair is a regular airline for all of Northern Europe’s people of taste. Started in the mid 2000’s as a response to the increasing prices and lack of availability of international air travel for the general public in Denmark, Sweden and Norway, Scandinaviair is an airline with a minimalistic agenda. No hassle, No extravagant service and No worries. It helped introduce online initiatives such as check-in, reservation and upgrading which also helped keep costs low during their fiscally risky first few years. By 2017 the airline is dominating the business and tourist travel inside Europe coming from the 3 Scandinavian countries. Though there has been some rough patches when the airline introduced fees on non-cabin luggage the airline is currently still the choice of flight for many tourist doing a weekend trip to a European metropolis. 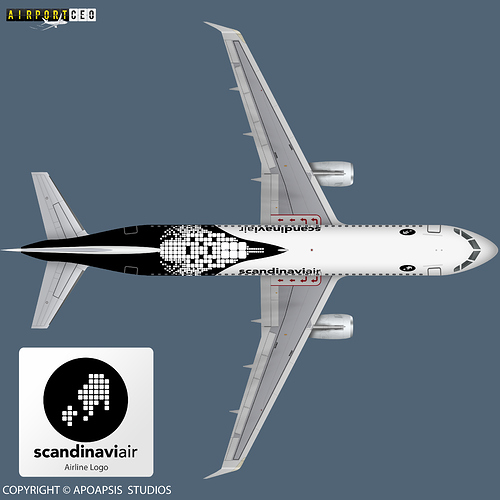