Airline Description: Sansara Air was originally established in 1879 as a freight company making profits in the tea trade. In 1936 it bought its first aircraft to deliver mail between islands in the Caribbean. It is now a flourishing airline that is involved in transporting both passengers and air freight. From its roots, it has developed into a luxury airline that services domestic and international flights. 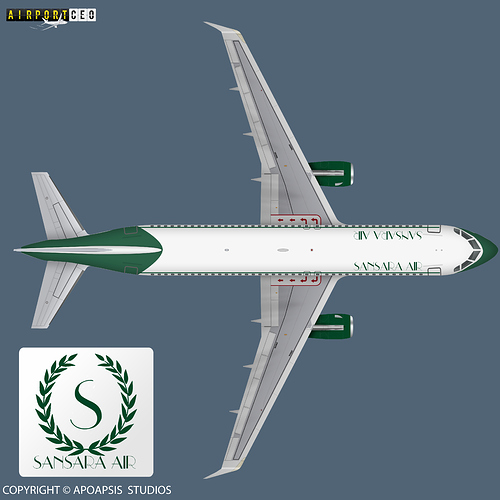 I think you have a typo in the logo.

Thanks for the catch!