When I have more than one runway not connected to the others, i see that GA airplane travel in the grass to reach other stands. A solution can be that runway have a connection pattern, like stand → boarding, for linking the runway with the stand that you want.

Could we get a screenshot? 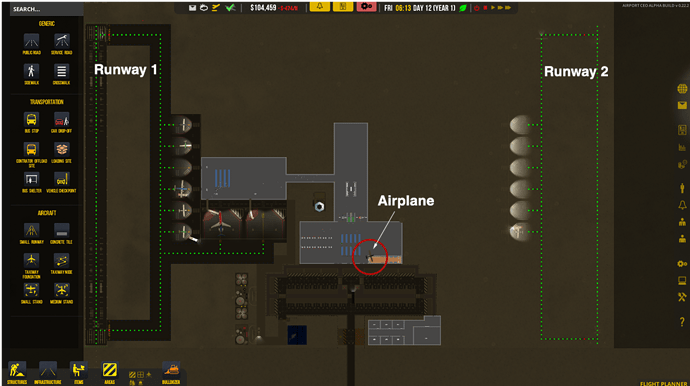 As you can see, i have an airplane in the middle of my terminal. He is landed on the runway 1 and is trying to reach a stand connected to runway 2

Did you set Runway 1 “commercial” and Runway 2 “general aviation”?

I sometimes have the same problem, the landed airplane just randomly spawns inside my terminal and then disapears again after a couple of seconds.

I use runway 1 for GA and commercial and runway 2 only GA, because stand near runway 1 are also GA

they don’t spawn in the terminal, they land on the runway and they travel in the middle of all directly to the stand on the other side of the map

I use runway 1 for GA and commercial and runway 2 only GA, because stand near runway 1 are also GA

GA that lands to Runway 1 and has to park on a stand near Runway 2 does that movement. Pathfinding doesn’t allow aircrafts to land which runway according to stand locations.

I was demolishing a parking space, and then a plane parked 1 day later. It can not be eliminated. In fact, I can still build. On the picture: 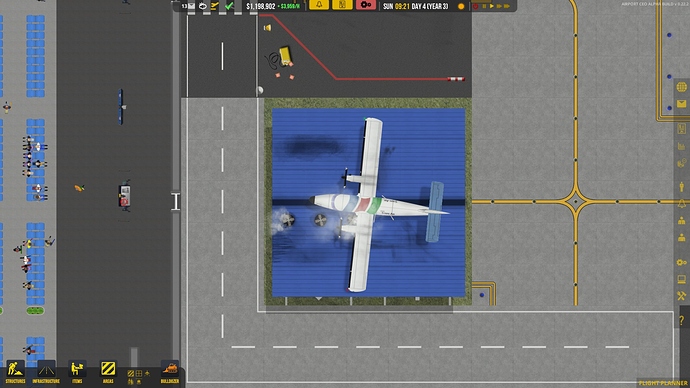 Is it a daily flight or charter?

Or stop on the runaway road and not go anywhere. The plane is already in the timetable for 2 days. On the picture: 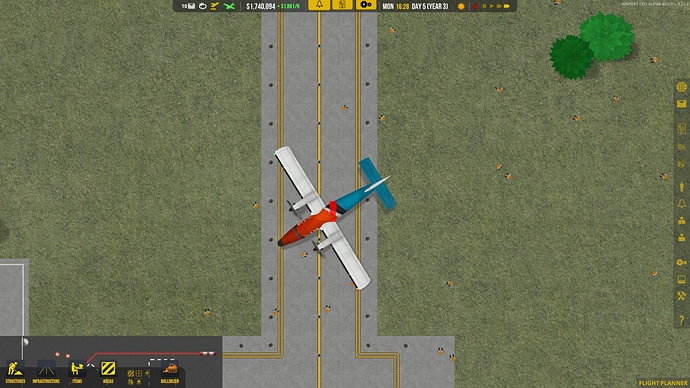 Just today ive had planes randomly appearing inside the middle of the terminal. They dont travel there, they just spawn for a few seconds then disappear.

I have also had the random plane spawn for a few seconds in thw terminal and then vanish.

Yes I’ve had that too and bug reported it. For me they appear the wrong way on a taxi way just as other planes are about to hit them. Scares the big geebs out of me every time I see it…

save / reload, that helped for me last time