Hi everybody. I wonder if there is a better way to connect two runways than this: 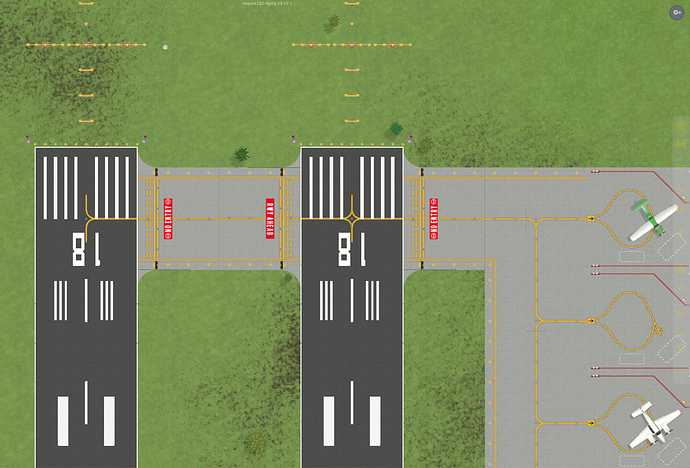 It takes 8 tiles (8x5), which is too much in my opinion. I like to separate the runways just 5 tiles (a small ATC tower size).
There should be a “connection” entry/exit 5x5 tiles size(or, better, the possibility to choose between 3x5, 5x5 and 8x5 tiles size).
It would look like this (the 5x5): 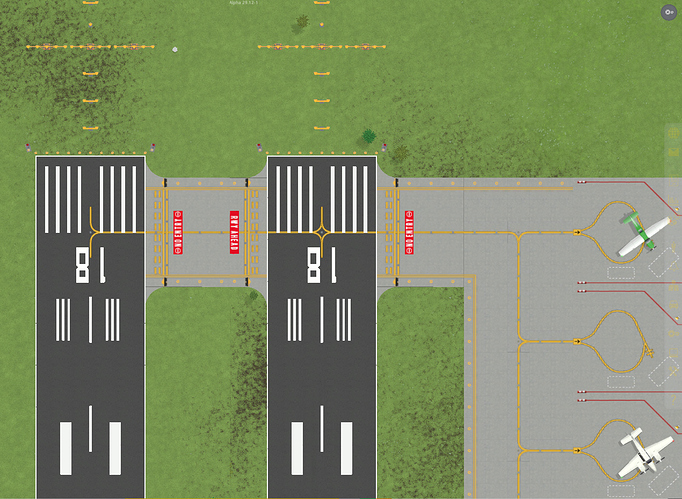 Also, there is a problem if you want to connect two runways with a high-speed exit: 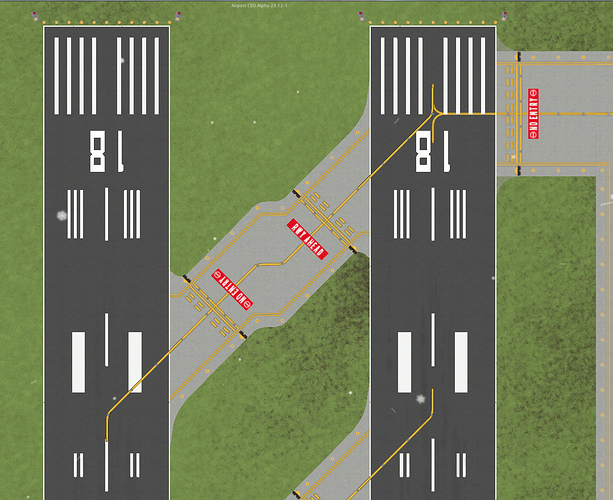 It works, but looks awful. Something like this would look way much better: 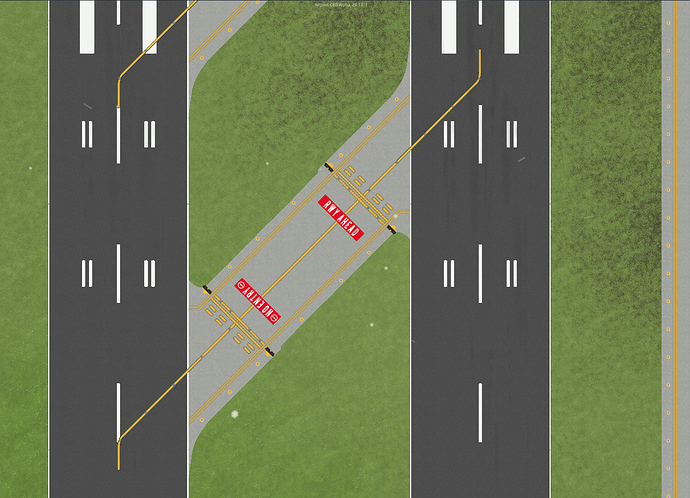 And it could also come in different tile sizes.
Hope the devs take a look at this and implement it.

Do your runways work when they are connected that way. I tried something similar a couple of weeks ago, though I had problems with the runway that was just connected to another runway and not to a taxiway

I think it should be same way draggable like taxiway…

I like to go around, by extending the outside one. 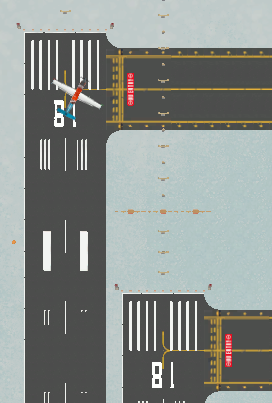 While you can use these runways ingame in parallel to double your flights, it would be absolute nonsense in real life, as both runway could be used just as much as a single one. Not my style.

I like to go around, by extending the outside one.

I do this only I pack them in far tighter. I’ll have the taxiway from the runway on the left right at the end of the runway on the right. Sort of taking advantage of the simplicity, but until the map is made much larger and accommodating of longer taxiways without being detrimental to airport size… I’ll keep on doing it.

I have a runway crossing that works very well. Plus I don’t think it looks too ugly either. I only have 14 medium stands.

The runways are staggered so going around the outside would mean excessive taxi time. The northern runway is for departures only. The southern runway for arrivals only.

My stands are located south of the airfield and arranged in a u-shape.

Arriving aircraft can exit the runway and taxi very quickly to the stands - See BLUE arrows.

The taxiways for the stands are on a one way system - See YELLOW arrows.

It seems to be very efficient. Even when I have a full flight schedule.

The benefit of this is that the taxi distance to/from the runways is quite short, saving overall taxi time. I made sure I left a large enough gap between the runways for realism, and also in case there is a queue… Occasionally 5 or 6 aircraft depart roughly the same time! 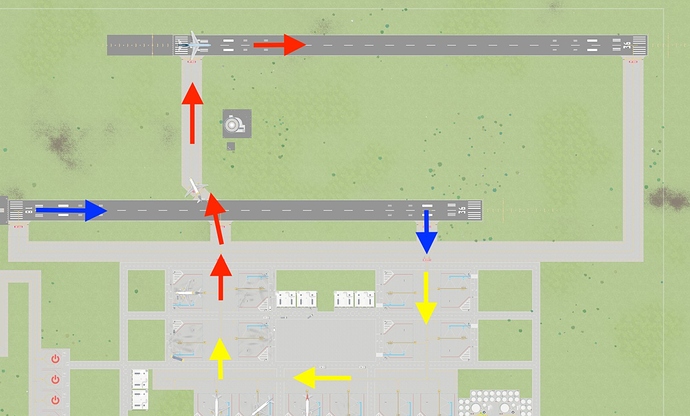