Drools all over keyboard…

@Arwi03 @Rubble was already doing Qantas. Maybe you should contact with them so your work won’t conflict.

Although I just noticed that your both designs is missing something important: “Spirit of Australia”

Some have it on, some don’t. I will have a mix of those that do and don’t.

@EG0611 @Rubble When I found this thread I just uploaded the liveries I did originally for myself. I never wanted to conflict with other designs

No worries. BTW we are still looking for talented designers so you can check Mod Manager topics:

Hi guys, I decided to start a separate thread to gather company data. Anyone who wants to join in, here’s the spreadsheet we started using https://docs.google.com/spreadsheets/d/1tMljvFW3_C3WhZhd94ygFXW3BJGdALayji7CTOwSsfY/edit?usp=sharing Feel free to add information you feel is missing, correct spelling mistakes or hunt for logos

Does everyone here live in Oceania or something?

I would love to see some Regional airline( not as in regional carriers but Like a North America, European) Mod packs so you get a nice blend of real airlines. Is that something doable as the game is currently constructed or do would they need to be installed individually?

On ACEOMM you can select which airlines to be included to game by region, size or even alphabetical order.

The flags are the way they are because if they were to be on a flagpole as the plane was flying they would look like that.

Long time reader here, but as I was going through these airline mods I wanted to try it for myself. However, after attempting it, I need a little direction. Below are my questions:

I was able to extract the files with WinZip and plug them into the game. I can sign contracts with the new companies; however, I don’t get their livery’s to show up on the planes.

Currently liveries are being collected and we are waiting some WIP liveries from community artists. @pderuiter will decide when ACEOMM will support custom liveries and unfortunalety he is on Christmas vacation.

Got it. So I am not crazy that liveries are not showing up when adding files from the data files list?

Also, the only way folks above in this thread are getting their liveries to show up is through using the ACEOMM program?

Hey there, poking in for a quick look

No, ACEOMM isn’t the only way to get the liveries in, but it’s supposed to be the easiest way

IT appears some people are having issues with it though.

The developers have put instructions on how to add airlines and liveries in their mod dev kit.

Edit: I seem to have found the problem that keeps crashing the mod manager.
I’m updating my google drive now

Thanks all. I was able to get a custom livery to work. I am excited when more get added. It adds a lot to the game.

Well, I’ve spent WAYYYYYY to many hours now on Qantas (12 plus at a rough guess) but here’s my updated version. @EG0611 I’m sending it to you now as well. I’ve made quite a few changes to get it as accurate as I can. It’s close but could be a lot better 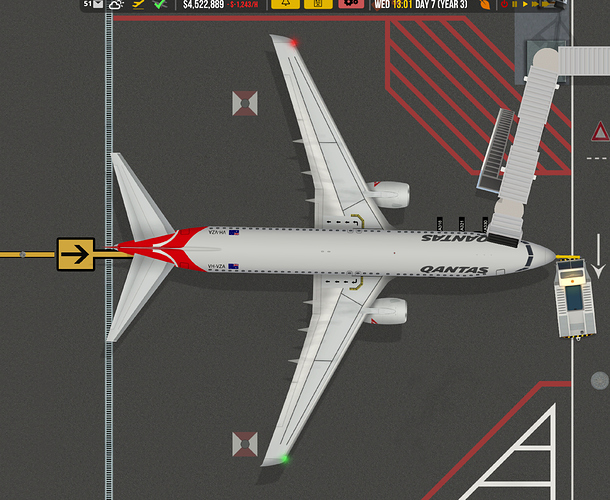 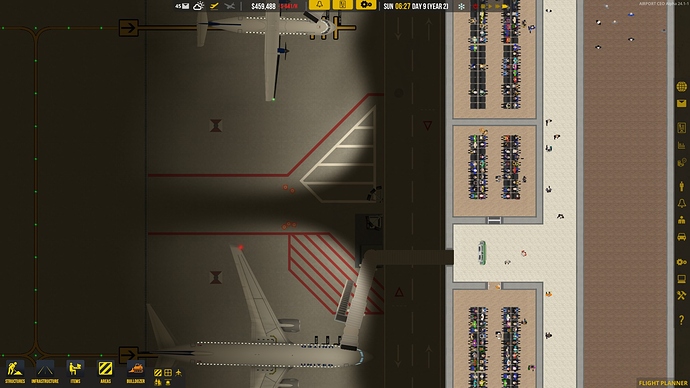 Pictured above, United Airlines B737-800 alongside a United Express ATR42.

I’m loving these airline mods. As someone who is not that great with PhotoShop, thank you to all who are.

One thing I have noticed, the logos look great on the airplanes and on the flight planner; however, they are stretched out and distorted in the contract selection area and on passenger’s boarding passes.

Can you show us? The logo assests are different from the planes and contracts so there should not be any distortion.

Interesting design of your airport too