Random Questions/Stuff about the game

Where did the legacy branch of the game go? I remember it was in the game for a while but now I don’t find it in the betas menu. Was it only a temporary thing, or will it be re-added? It would be fun loading it back up again.

Also, where did the Dev-Blogs disappear to? I see they still exist but have been hidden from the website’s banner. You can still access them from the links on forum. I’m assuming this is how they will stay. Will they stay accessible?
Thanks!

The dev blog link can be found at the bottom of the website. I assume as there are no new ones coming, they have no reason to stay in the main menu at the top.

(or they accidentaly removed it)

The legacy branch was removed because it was intended as a very small celebratory event during the launch of the game. We then closed it down after a few months due to poor compatibility with the future (literally it’d be very difficult to keep running on a newer versions of operating systems) while also a bit confusing to new players.

The dev blogs will remain available for as long as the Airport CEO website is up and running which will hopefully be throughout eternity!

Thanks! I fully understand what you both mean!

If I’m already here, I have another question:
Why are water and sidewalks not findable in the JSON files of a save? I have looked through them thoroughly, but they aren’t listed. Thanks

Interesting. It looks like those act as a zone and are in the ZoneData.json. 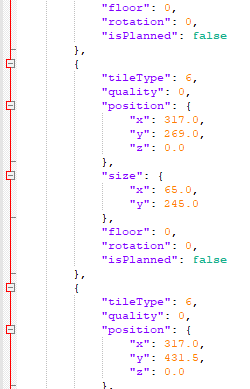 As it also contains a size, I think this increases the performance much more as writing every tile of sidewalk or water into the StructureData.json

As obvious, I never checked zone data. I would have never thought. Yet again, thank you!

It’s a bit of a hack but very performant as only draw those tiles individually that are definitely needed while the rest are composed into as large of tiles as possible.

Welp, you know the game will be epic when you see this:

Ohhhh, that’s why. I broke the game a bit… 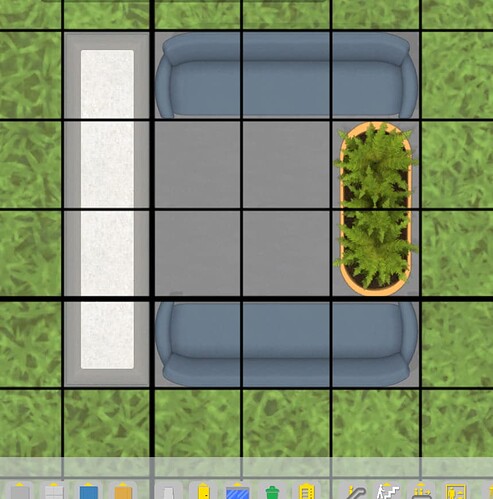 Did you do anything specific?

To do research on how the system works, I wrote some python code (it’s the only language I know) to create a grid testing “TileType” and “Quality” in the JSON files. Rows are type and column is quality. Both start at zero

There are some invisible things that bug the game out. If I try to demolish flowers, the bulldozer freezes and dies… (Compare the images to see the invis. There are no other invis stuff in other rows) 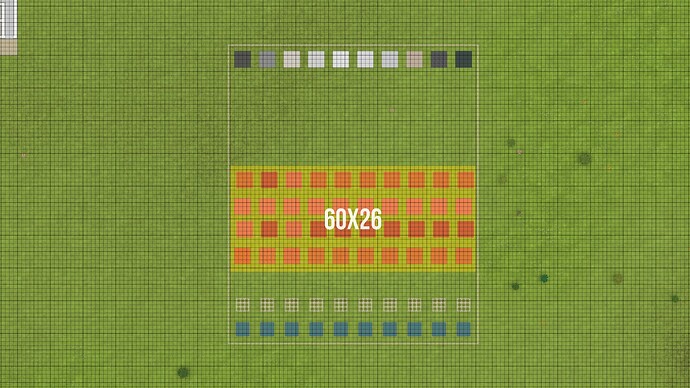 Could we get some info on why TileType 4 is empty, why 5 is weird (and tamarack duplicates), and why 9 is empty?

Are those terminal foundation tiles? It looks to me like they’re not properly centered on the grid as they would have been placed when building. I don’t think you’ll get proper bulldozer behavior if they are not correctly centered.