Ramp agents won't check themselves in

Hi, so as you might be able to tell I am very new to this game but I cannot figure out why my ramp agents are not working… They are all standing near check-in and not working or checking in… They come up with a little red error speech bubble which I can only understand to be that they cannot get through security. I have checked that security can process staff but that isn’t working. Idk if it is because they are frozen or what, the builders are stuck too at their base. I tried restarting the game and it didn’t work. Here are some screenshots of them and the icon (These are ramp agents but civilians are doing it too): 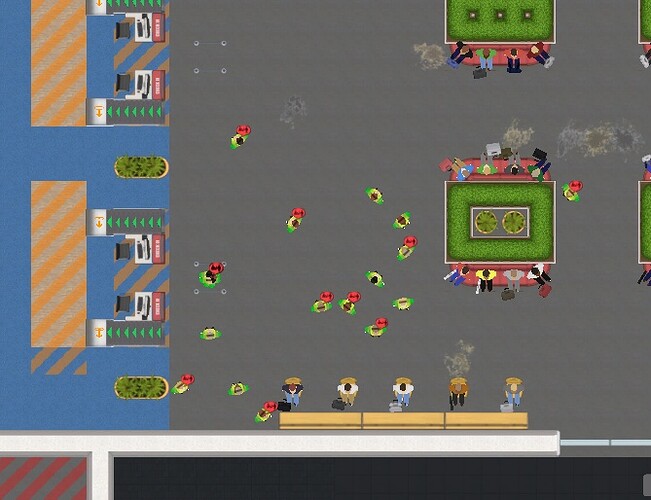 Thanks in advance for your advice

Slight update, I tried opening and closing the checkpoints and now it says the staff aren’t there when they are.

Here is a picture of security 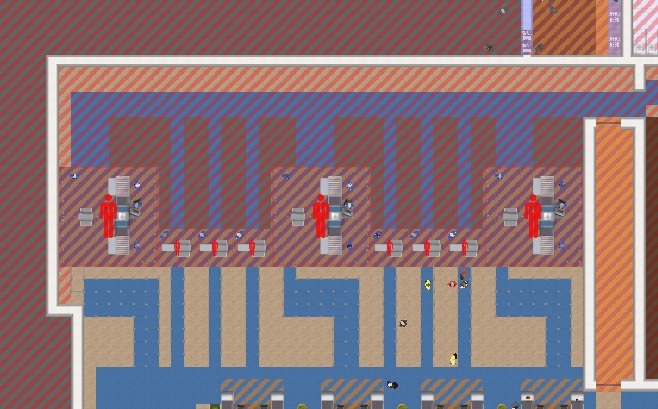 Just asking the dumb questions that i had issues with. Is the gate linked with gates that are open? do you have enough security? Do you have a staff area that is close to that location?

All of these factors helped when i couldnt get security stands to operate.

I just checked and for some reason they weren’t linked to gates so I did that, travellers can now go through the desks but my ramp agents are still standing in one location. All other staff can go through. I have every security desk fully manned now as well. This is very confusing.

It’s possible things got locked up as well. Once you feel things are working again, try restarting ACEO.

Since likely the aircraft got delayed, its likely the tasks didn’t know what to do and got frozen up. Restarting will help the process again.

*make sure to save before ending.

Yah that happened to me to. The ramp agents were standing outside of my terminal building for a long period of time, even though there were jobs to fulfill. Everyone else could go through so I knew they were not stuck. I reloaded my game a second time and put my game to run and magically the ramp agents started to move agian.

I had the same issue, but on a new started airport I did not have that problem. But ‘good’ to hear you had a similar problem and filed a bug report, so the devs can have a look at it.

What branch are you on now? Experimental? And which version?

Maybe you can change the topic to ‘ramp agents won’t check themselves in’?

I’m on the experimental branch because the normal one kept crashing for me. I’ll see if I can change some things up and re-connect stuff to make them work.

I might be wrong but ramp agents don’t need to check in. You hire them and then they work. I have yet to see ramp agents check in

This is not about checkin in to get a ticket, but to go through security.